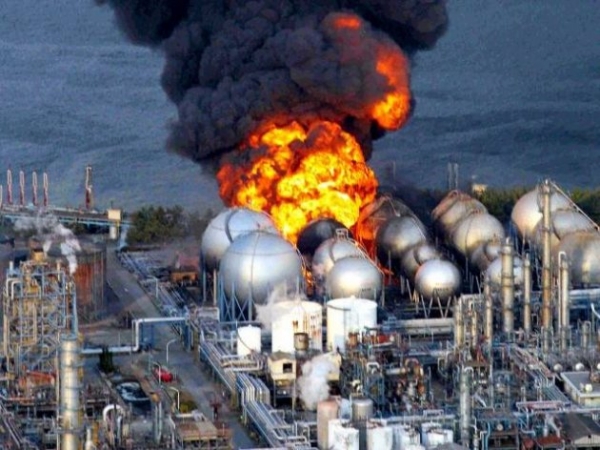 Conspiracy theory or shocking fact? You decide. According to Natural News, ew evidence proves that the true severity of the Fukushima Daiichi nuclear disaster was deliberatery covered up worldwide. The following article was written by Ethan A. Huff for Natural News:

A Freedom of Information Act(FOIA) request filed by Friends of the Earth(FoE), Physicians for Social Responsibility(PSR), and the Nuclear Information and Resource Center(NIRS) has unearthed a shocking series of new evidence proving a deliberate, global cover-up of the true severity of the Fukushima Daiichi nuclear disaster. And the unfortunate reality is that the mainstream media continues to blatantly ignore this colossal scandal.

According to these 3 organisations private emails, meeting transcripts and other key documents reveal that both the Obama White House and the United States Nuclear Regulatory Commission(NRC) were well aware of just how bad things really were with Fukushima from the early days of the disaster, but did nothing to warn the public about it. In fact, NRC and the White House purposely did not warn Americans about a massive radiation plume that struck the West Coast just days after the massive earthquake and tsunami hit Japan’s eastern coast.

According to information gathered from hundreds of pages worth of private NRC emails, conference calls and secret meetings, key players in the Fukushima whitewashing campaign, including the NRC’s David McIntyre and Elliot Brenner, were hard at work in the days following the disaster distracting public attention away from it. By pretending that a radioactive plume did not exist while simultaneously sending out misinformation to the media, these two, in conjunction with White House officials, actively participated in a cover-up of the truth.

You can read key portions of these criminal dealings here.

This situationa is now being dubbed “Plume-gate.” According to this source if this information about Fukushima could have saved thousands of lives, including the more than 14,000 individuals, many of whom were babies, that died in the weeks following the disaster. And yet to this very day, the federal government’s cozy relationship with the nuclear industry has allowed the injustice to continue, as no proper investigation into this crime has yet taken place.

“The executive branch and multiple federal agencies – agencies tasked with keeping the American public safe – did their best to hide and to cover-up information about a deadly radioactive plume and ensuing fallout that was headed for the West Coast of the United States from Japan,” writes Tony Muga from The Intel Hub about the situation.

Not only did these government agencies hide the truth and deliberately deceive the public, they also used other events, including the infamous Qur’an burning in Afghanistan, as a distraction to divert public attention away from Fukushima, and away from the 104 nuclear reactors in the U.S. that are of a similar age and vulnerability as Fukushima.

So why is the federal government getting away with all this? It is for the same reason that it gets away with most of its other crimes against humanity: corporate fascism. And sadly, corporate fascism is a bipartisan problem, as both Republicans and Democrats today are slaves to it, representing opposite but identical sides of the same coin.