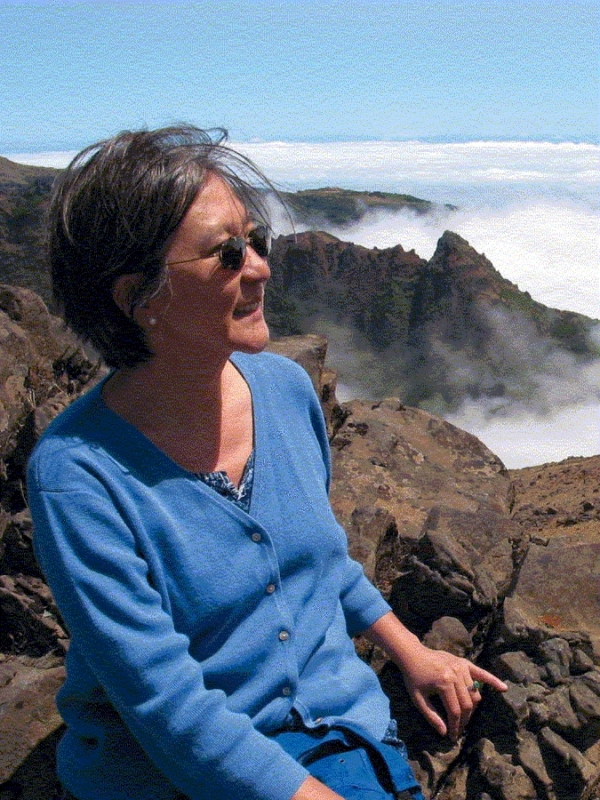 “Ask yourself: Are you thinking of now, or are you thinking of your grandchild’s future?” This was the question posed by climate scientist Inez Fung, a professor of Atmospheric Science at the University of California and co-director of the Berkeley Institute of the Environment.

Prof Fung was giving a lecture entitled ‘Climate Math,’ which was hosted by the African Institute for Mathematical Sciences (AIMS) and sponsored by the Simons Foundation. The event formed part of the Mathematics of Planet Earth 2013 (MPE2013) year. The topic for the day was weather and climate prediction.

“I dare not ask what the weather will be like on my birthday, unless it is within the next five days,” said Prof Fung, to much laughter from the audience.

This, she says, is because, as the weather grows with time, so do the errors. Scientists have imperfect observations and imperfect models. So there are limitations with weather forecasting.

They can however do seasonal forecasts several months in advance. “What we forecast is the statistics, the mean and variance. We ask: ‘What is the probability?’ From global calculations, you can downsize to country and what is considered ‘normal.’ (wetter, drier etc.) “You can also predict extreme events, using the statistics,” says Prof Fung.

“What is exciting about the last couple of decades is that we are predicting the atmosphere composition. You know 78% nitrogen, 21% oxygen. But all the little substances, the trace constituents in the atmosphere are changing. And it is those little guys, the aerosols, suspended liquids and solids in the atmosphere, the sulfate aerosols reflect sunlight, dust can’t absorb sunlight or absorb energy. Plants take up CO₂ and decomposition returns CO₂ to the atmosphere. CO₂ goes into the ocean.”

CO₂ has gone up by 30% since recording started. Together with CO₂ records, scientists have a very good temperature record and it shows that globally the temperatures are increasing, averaging at 4-5 degrees higher. With each passing year, the statistics increase: ‘the last 8 years, the last 9 years the last 10 years have been the hottest in recorded history.’ There are of course exceptions where some periods may be cooler, but the long-term pattern sees steady increase.

Prof Fung goes on to explain why this increase is problematic. The warmer the earth, the less it can handle. When it’s warmer, there is more evaporation from the ocean. More water vapour in the air further enhances the warming.

More chaotic transitions on the horizon

“We can expect a lot more chaotic transitions,” warns Prof Fung. When it rains, it will be more intense. When there is drought, it will be for longer periods. Snow is already starting to fall in the wrong places. The Vancouver 2010 Winter Olympics had to have snow dropped in with helicopters while in Washington D.C. they were paralysed by the amount of snow received.

Prof Fung is not advocating that we don’t use energy.

“I have an iPod, a washing machine; I use energy. That defines the standard of living. But the consumption of fossil fuels is changing the climate.”

As much as she hates to admit it, Prof Fung says scientists were wrong about the fossil fuels. Emissions are much higher than the most aggressive prediction even when factoring in population increases, economic growth, energy requirements etc. Alarmingly, Prof Fung informs us that even if we were to stop all emissions in the future, the CO2 emitted today would still be at work.

“Reduction of CO₂ won’t happen if we don’t take our foot off the gas pedal. We cannot say with 100% certainty that this is the cause, but we are mostly sure that it is the increase in greenhouse gases and human activities.”

Prof Fung had a hopeful message for the youth:

“The future is in your hands. It’s your future. Don’t blame your parents, they didn’t know. But you know. And I am very optimistic that you will figure out what to do.”

So what happens if we continue at this rate? Her answer is simple:

“The planet is 4.6 billion years old. Everything we need has been here since then. But how will we provide food and water in the future? That’s what we must think of. The planet will do its thing. It will be here, but it will be a very different planet.”