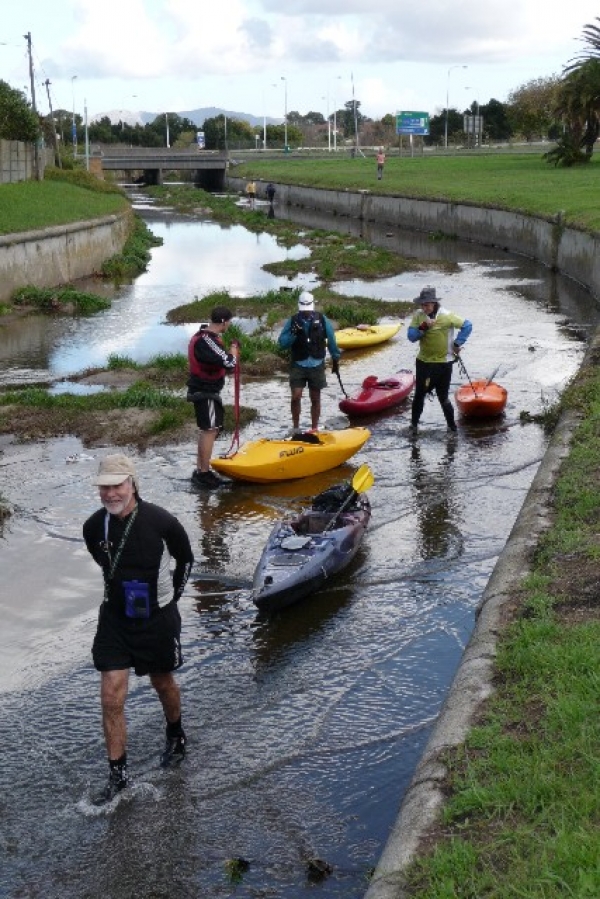 A group of intrepid social activists and outdoor adventurers will take to the Peninsula’s rivers, vleis and canals to highlight the plight of Cape Town’s inland waterways.

The third Annual Peninsula Paddle, set to take place on Sunday, 3 June 2012, will see paddlers use kayaks, canoes and stand-up paddle (SUP) boards to traverse the waterways from False Bay in the South to Table Bay in the North over a period of 11 hours. Under the theme ‘Take back the City’s waterways’ the paddle aims to highlight the need for rehabilitation, and to encourage communities to change the way in which waterways are utilised.

The profile of this year’s event is set to be raised through the participation of endurance swimmer, maritime lawyer and environmental campaigner Lewis Pugh (also known as the Human Polar Bear) who will be joining the group for part of the paddle.

All citizens are affected

All citizens are connected to the City’s waterways – whether living in well-serviced suburbs or areas of urban poverty. The event aims to highlight the environmental, social and political challenges that affect the Cape Peninsula and to unite communities living alongside waterways in celebrating the value of these often neglected or undervalued resources while drawing attention to the need to conserve them.

The event will take paddlers through diverse environments – from nature reserves with some of the country’s most threatened biodiversity to areas where dumping, water weeds and neglect are rife.

The 27km route, which starts at Muizenberg beach and ends at Milnerton Lagoon, includes sections of the Black River, Krom River, Liesbeek River and Riet River as well as two vleis and various feeder canals. The paddlers will pass through some environmentally challenged areas such as the Marina da Gama canals at the Zandvlei Estuary Nature Reserve where a recent Golden Algal bloom (the first since 1973) resulted in major fish deaths; and the highly polluted canals in Retreat, overlooked by backyard dwellers who have made the canal banks their home.

Various awareness-raising events are set to take place at key points along the route. These include:

The Peninsula Paddle is a result of collaboration between various partners including Friends of the Liesbeek, Zandvlei Trust, AfriOceans, Ben Bikes, The Princess Project, Gravity Adventures, Cape Town’s Waste Education and Recycling Programme and WESSA.

While there is still much work to be done to drastically improve the state of our Peninsula waterways, the event also aims to highlight and celebrate some of the recent progress in terms of river rehabilitation work undertaken by various groups and individuals.

The Peninsula Paddle, organised and supported by a number of individuals and organisations, is now an annual Cape Town event that aims to raise awareness of major social and environmental concerns that affect the Cape Peninsula and how we would like to live with and around the rivers in our city. Each of these concerns has global significance as environmental and economic crises deepen. These twin forces have their most dramatic expression in poor communities living in environmentally compromised areas, magnifying inequality in a divided city. The first paddle was pioneered by Thomas Cousins, Kevin Winter, Alistair Lee and Trevor Johnston on 23 May 2010. Never before had this been attempted.