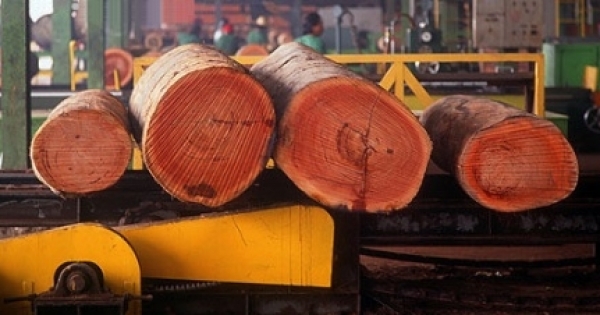 Environmental pressure group GeaSphere is calling for a halt to the expansion of the industrial timber plantation model in southern Africa, citing the exorbitant water use of the timber species as a primary concern.

The impacts on water resources, evident at the mills where the timber is processed to pulp and paper, is also a major issue. At least 6kl of water is used to produce one ton of pulp at the Ngodwana mill. Effluent from the various mills around southern Africa further pollute rivers, estuaries and the ocean.

During low rainfall periods these pollution impacts become particularly severe, as the dilution capacity of the rivers is reduced leading to higher levels of chloride and other chemicals in the system. In the past, accidents at the largest pulp mill in Southern Africa (Sappi Ngodwana) have resulted in acute poisoning of the river with dramatic consequences for aquatic life.

Philip Owen, S.A. co-ordinator for GeaSphere, asks the question: “If one considers the cumulative impacts that industrial timber plantations exert on Southern Africa`s scarce water resources, it is clear that this ‘export orientated’ production model should not be promoted, as the long term costs far outweigh any short term financial benefits.”

Additionally, paper is one of the resources that is used very wastefully, especially by developed countries, and the campaign called ‘shrink’ is aiming to ‘stop the madness of paper over-consumption’ (Lang, 2008). In his article he describes a book called Paper Trails: From Trees to Trash: The True Cost of Paper written by Mandy Haggith, who travelled by train and boat from her home in Scotland to Sumatra, Indonesia, to do her research. 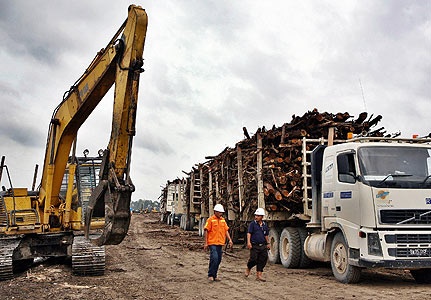 She stated: “I was horrified by how destructive our paper footprint is,” she says. “I met Indonesian villagers fighting a land-claim with a paper company that is growing acacia on their community land to make copy paper for sale in European and North American markets. I asked them what I could do to help their fight, and they told me to ask people in Europe to use less copy paper.`

To show real solidarity with people struggling with multinational extractive industries, it is not enough for us to shift our consumption from one brand to some other, hopefully slightly less obnoxious, brand. That only displaces the problem. Consuming differently is not good enough, we need to consume less AND differently.

Steady growth over the years

Worldwide, the company manufactures 5 million tonnes of paper and 3 million tonnes of pulp a year. In South Africa, Sappi is currently expanding its Saiccor dissolving pulp mill`s capacity by more than 200,000 tonnes a year. The company also plans to expand pulp production at its Ngodwana mill by 225,000 tonnes a year. The company is planning to convert the plantations feeding its mill from pine to eucalyptus. Mondi, formed in 1967 by Anglo American, one of the world`s largest mining companies, manages 430,000 hectares of plantations.

Today Mondi has 35,000 employees in 35 countries. In early 2007, Anglo American announced that it would demerge the company and Mondi would become independent. Mondi, with its head office in Austria, has a paper mill in Durban and a wood chip mill and pulp mills at Richards Bay and Felixton. Thus according to Owen, these companies are multi-national companies in the true sense of the world, and the real beneficiaries of their operations are their international shareholders. 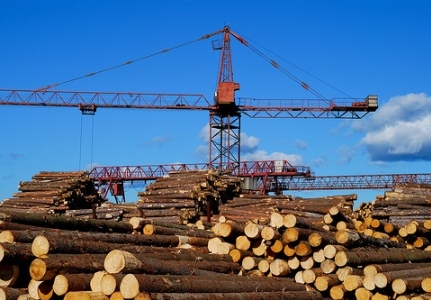 Recycling figures for paper for South Africa also indicate that there is some room for improvement with 44% of recyclable paper being recycled (EnviroServ), as each ton of paper recycled results in 17 less trees being used and 3m3 of landfill sites saved and there is a reduction of coal based emissions of 1 ton of CO2 and electricity based emissions of 1.8 tons of CO2 (Paper Recycling Association of South Africa). Whilst being favourable towards recycling, this actually gives testimony to just how bad it is to waste paper.

This story was extracted from a collaborative story between Liane Greeff of EcoDoc and GeaSphere.

EcoDoc specialises in video documentaries, photography and photographic essays, focusing on a broad range of environmental NGO’s to help amplify their issues through multi-media and information and communication technologies.