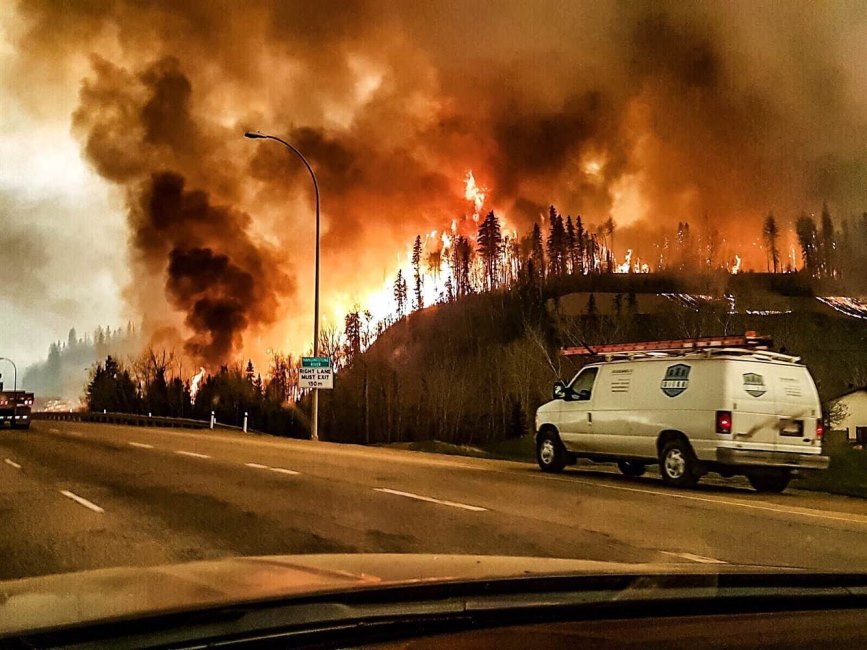 The wildfires raging through the Canadian province of Alberta have grown into a behemoth blaze that has consumed an area bigger than New York City.

Notley warned that the 49 fires, which have already forced the evacuation of the city of Fort McMurray, could spread and devour more territory because “conditions are still tinder dry.” And she wouldn’t give an estimate on when those flames will be doused.

“Until we’ve got it under control, it would not be responsible to make any declarations,” she said.

“No matter how many air tankers we throw at this thing, we’re not going to be able to stop this fire,” he told NBC News. “It’s going to continue to burn with high intensity for the next several days until we get some rain or cooler conditions.” 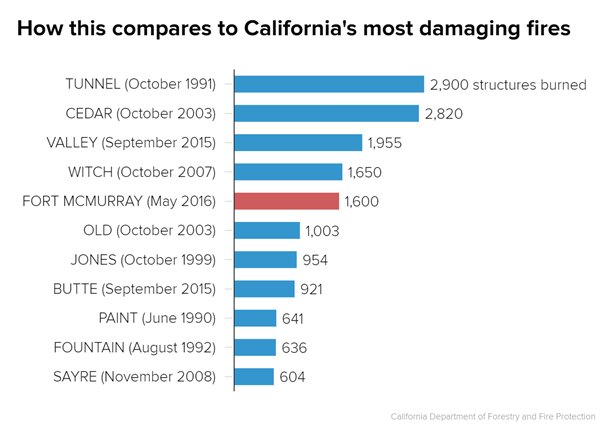 The Regional Municipality of Wood Buffalo said Thursday night that “gusting winds have been extremely challenging for fire crews.”

The fires have already forced 88,000 people to flee — the biggest evacuation in the province’s history — and destroyed more than 1,600 homes and buildings.

While more than 1,000 firefighters frantically battled the fires, at least seven of which were burning out of control, officials declared a state of emergency across the entire province of Alberta.

The National Hockey League announced that it was donating $100,000 to the Canadian Red Cross, which said later that it has already raised $11 million for wildfire relief.

Prime Minister Justin Trudeau told the House of Commons that the government will match all donations to the Red Cross.

“We will make it through this most difficult time together,” he said.

“We drove through flames,” said Sinead Cusack, who made it out of Fort McMurray with her husband and their cat. “Everything was burning — friends’ houses burning. Not knowing who was where. Utter chaos.”

Ian Seggie drove himself and some friends 467 miles south to Calgary — a seven-hour trip that took 14 hours because the highway was clogged with escapees. “I just have a few clothes and valuables I could fit into a small suitcase and left,” Seggie said. “It was a priority to get ourselves out.” 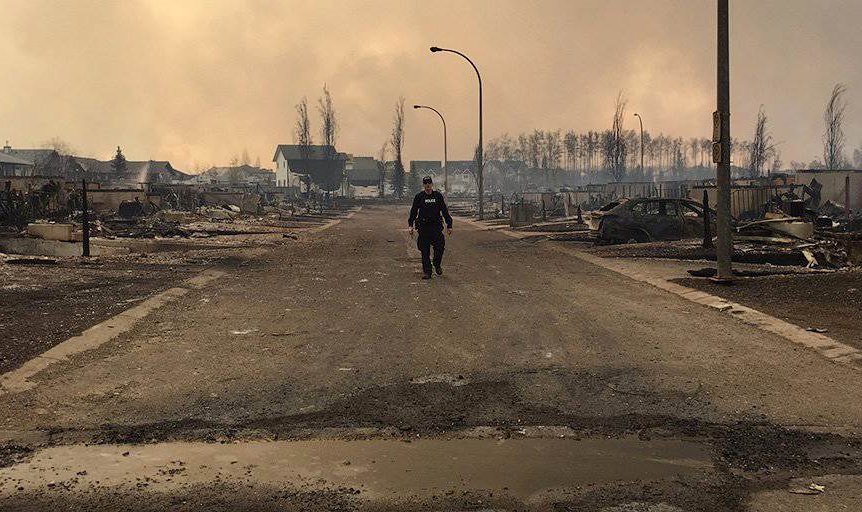 A Mountie surveys the damage on a street in Fort McMurray. Image: RCMP Alberta

Ryan Cox said he had just 45 minutes to pack a bag and get his wife, Amanda, and their 2-year-old son, Malcolm, out of their townhouse.

“By the time we had gotten everything together, that was when the evacuation notice came,” said Cox, now bunking in a hotel in Edmonton, 280 miles south of the the fires. “Then, when we had to drive through the valley, I blew a tire, so I gunned it with a flat through downtown.”

With the flames just 200 feet away, Cox said, he pulled over his 2007 Ford Focus to change the tire — something he had never done before.

Luckily, said Cox, another motorist helped him, and soon they found themselves fleeing through a frightening landscape that reminded him of the “Mad Max” movies and “The Grapes of Wrath.”

Remarkably, there were no official reports of casualties except for a vehicle collision that Alberta Emergency Management Agency director Scott Long said hadn’t been confirmed as related to the fire.

“The fires that are surrounding Fort McMurray right now could go in any direction,” teary-eyed Alberta lawmaker Brian Jean told CTV. “My home is burnt to the ground, but it’s just stuff. All my stuff, all my memories. I lost a son last year.”

Greeley told NBC News that she was relieved to have made it out of Fort McMurray with her husband, her mother and her cat.

“I’m pretty stressed out,” she said. “The not knowing is the worst part and just knowing we possibly won’t go home to a home or, if we do, not for a while and I have to give birth some place else.”

Fort McMurray sits near the third-largest reserves of oil in the world behind those of Saudi Arabia and Venezuela.

Shell said it shut down production at its Shell Albian Sands mining operation. Suncor, the largest oil sands operator, has reduced production at its regional facility 15 miles north of the city. And many other companies evacuated non-essential staff.