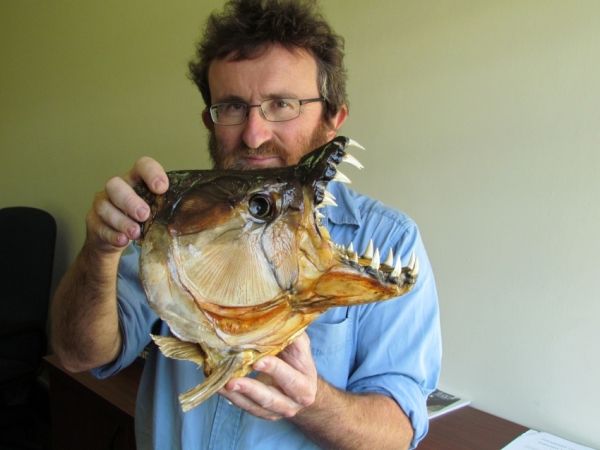 Dr Woody Cotterill, a researcher at the Department of Earth Sciences, Stellenbosch University.

Tigerfish are helping scientists to find out more about the geological history of Africa – and in the process, scientists are discovering what might turn out to be new species of this much sought-after and ferocious game fish. It seems that the number of tigerfish species has been underestimated.

By analysing the genetic variation between various populations of living tigerfish (genus Hydrocynus), a group of South African scientists have shown how the evolutionary history and development of different species overlap with those of landforms such as rivers and wetlands in East and Central Africa.

Through their further analyses of DNA samples the researchers now believe they have discovered five previously unknown tigerfish species, although proving this still needs to be finalised. Given that the current taxonomy of Hydrocynus recognises only five species, the outcome of this study effectively may double the known number of tigerfish species.

This phylogeographic study takes into account the historic processes that have shaped the whereabouts of tigerfish across Africa. The study was completed by Ms Sarah Goodier (University of Cape Town), Dr Colleen O’Ryan (University of Cape Town), Dr Woody Cotterill (Stellenbosch University) and Prof Maarten de Wit (Nelson Mandela Metropolitan University, known as NMMU), who are all researchers of the Africa Earth Observatory Network (AEON).

The research was done in partnership with Prof Paul Skelton of the South African Institute of Aquatic Biodiversity (SAIAB). Their findings were published recently in the PLoS One scientific journal in the article ‘Cryptic diversity of African Tigerfish (Genus Hydrocynus) reveals palaeogeographic signatures of linked Neogene geotectonic events.’

This article presents the first results of an ongoing geoecodynamics study on tigerfish. Geoecodynamics is a new geobiological approach which combines concepts, theory and methods from the earth and life sciences. This is a new way of integrating geomorphology, structural geology, genomics and paleoecology. The term geoecodynamics was coined by the Africa Earth Observatory Network (AEON), which was formerly based at UCT but now has associates at, among others, NMMU and SU.

“We are using the DNA of species such as tigerfish to help us decipher the intricate details of Africa’s geotectonics and to understand landscape evolution,” Dr Cotterill explains. “The integration of evolutionary theory with geoecodynamics bridges the earth and life sciences, and helps to consolidate earth system science.”

“The ability to decode the shared history of species and landforms helps us to read the archives linking earth surface dynamics with the solid earth,” says Dr Cotterill.

“Despite their charisma and ecological dominance in Africa’s lakes and rivers, we actually know little about the diversity and evolution of these predatory fishes,” says lead author Ms Goodier. “This study takes us a small step forward in understanding both tigerfish and their links to Africa’s changing landscape”.

Her study covered 23 principal rivers within 15 geographically isolated drainage basins in East and Central Africa. These rivers are separated by two principal rifts which form a vast arc from Cameroon, across equatorial Africa to the East African Rift System, and all the way south of the Zambezi into Mozambique. 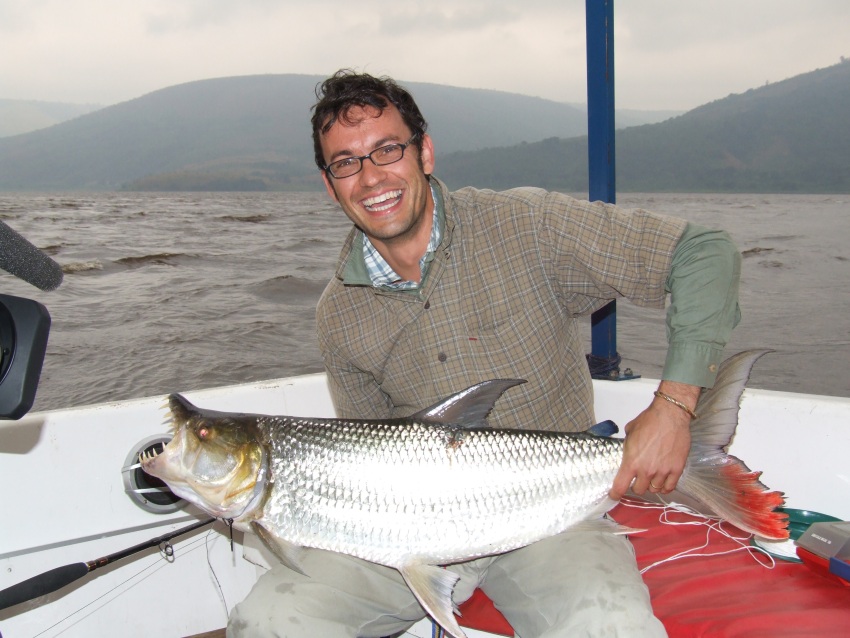 Oxygen-rich waters a must

The molecular data reveals how tigerfish have been evolving since at least 11 million years ago. Several lineages (sequences of populations through generations) of species first appeared in very specific episodes between 1.5 and 4 million years ago.

“Besides the spatial resolution revealing where each episode was localized in Africa, the geological dates available for these African wetlands and rift zones reveal a remarkably tight agreement with the molecular dates obtained from tigerfish DNA” explains Dr Cotterill.

“Changes in the earth’s surface, in forming a waterfall or a rift valley, have had lasting impacts on where tigerfish are found in Africa, in the evolution of various species of this prized gamefish, and on their ability to disperse into new rivers or not.”

On the new lineages that have been discovered, but still need taxonomical classification, Ms Goodier said: “Clearly the diversity of tigerfish, especially across the Congo basin, has been largely underestimated and we need to assess just how much, to enable us to understand better, as well as to conserve these keystone predators.