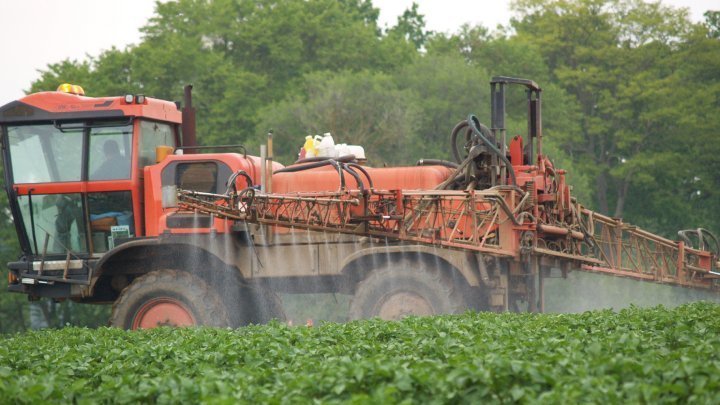 Here is an important UK petition which we need to support, as well as duplicate in SA:

I have lived in the locality of pesticide sprayed crop fields for over 30 years and have suffered both acute and chronic adverse health effects from exposure to the innumerable mixtures of pesticides sprayed on crops near to my home.

In 2001, I started my campaign, the UK Pesticides Campaign, to expose the fundamental failure to protect rural residents from agricultural pesticides.

Many millions of rural residents who live near conventionally farmed cropland have absolutely no protection at all from any of the poisonous chemicals that are permitted under Government policy to be sprayed on crop fields all over the UK.

No protection for residents in most countries

In fact, there is actually no protection for rural residents and communities in the majority of other countries around the world either!

This is due to the fact that there are fundamental failings in the way that pesticides have been approved here in the UK, and across Europe, as well as on a global scale.

As to date, the official method produced by regulators in the UK (and then subsequently used by other regulators around the world) for assessing the risks to people from crop spraying – and under which many thousands of pesticide products have been approved – has been based on the model of a short term ‘bystander’, occasionally exposed, for just a few minutes, and to just one individual pesticide at any time.

Exposure to residents is acute and repeated

Yet this clearly does not address the real life exposure of people who actually live in sprayed areas, as exposure for residents is both repeated acute and chronic exposures over the long-term, it is cumulative, and is to innumerable mixtures and cocktails of pesticides used on crops, throughout every year. (NB. There are approx. 2,000 pesticide products currently approved for agricultural use in the UK alone).

This means that pesticides have been approved for decades without first assessing the health risks for rural residents and communities who actually live in crop sprayed areas which obviously includes babies, children, pregnant women, the elderly, and people already ill and/or disabled.

This situation is, without a doubt, a catastrophic public health and safety failure on a truly scandalous scale.

EU law is clear that it must be established before a pesticide can be approved for use, on the basis of all the required risk assessments, that there will be no immediate or delayed harmful effect on human health.

The absence of any such risk assessment for the real life exposure of rural residents and communities means that no pesticide should ever have been approved for use in the first place for spraying in the locality of residents’ homes, schools, children’s playgrounds, amongst other such areas.

Rural residents have no protection at all

Whilst operators will be in filtered cabs and/or have personal protective equipment when using pesticides, rural residents have no protection at all.

Instead millions of rural citizens have been put in a massive guinea pig-style experiment and for which many of us residents have had to suffer the serious, devastating – and in some cases fatal – consequences.

Throughout my 15 year campaign I have continued to receive reports of both acute health effects, as well as chronic long-term effects, illnesses and diseases, from rural residents and communities (and not only from here in the UK, but also from many other countries around the world).

There are so many more horrific stories of people being poisoned from crop spraying near to their homes, and many involve children.

The most common chronic long-term effects, illnesses and diseases reported to my campaign from residents living in the locality of crop sprayed fields include neurological conditions such as Parkinson’s disease, Motor Neurone Disease, and neurological damage, as well as various cancers, especially those of the breast and brain, leukaemia, non-Hodgkins lymphoma, amongst many other chronic conditions.

It is now beyond dispute that pesticides can cause a wide range of both acute, and chronic, adverse effects on human health. This includes irreversible and permanent chronic effects, illnesses and diseases.

The pesticide manufacturers product data sheets themselves can carry various warnings such as “Very toxic by inhalation,” “Do not breathe spray; fumes; vapour,” “Risk of serious damage to eyes,” “Harmful, possible risk of irreversible effects through inhalation,” and even “May be fatal if inhaled.”

High quality, peer-reviewed scientific studies and reviews have concluded that long-term exposure to pesticides can disturb the function of different systems in the body, including nervous, endocrine, immune, reproductive, renal, cardiovascular, and respiratory systems.

Such studies have concluded that exposure to pesticides is associated with a wide range of chronic diseases including, cancers of the breast, prostate, lung, brain (including childhood brain cancer), kidney, testicles, pancreas, oesophagus, stomach, bladder, bone, as well as non-Hodgkin’s lymphoma, multiple myeloma, soft tissue sarcoma, leukaemia, (including childhood leukaemia).

These are some of the major chronic health conditions affecting public health in the 21st century.

The economic costs of the health conditions that pesticides can cause are massive.

Obviously it goes without saying that the personal and human costs to those of us suffering chronic diseases and damage, and the impacts on all those around us, cannot be calculated in financial terms.

I myself have also known a number of residents lose their lives, or the lives of their husbands or wives, sons or daughters. It has been heart breaking to watch this happening, especially knowing that if pesticides were not sprayed in the locality of residents’ homes then such health conditions would have been totally preventable.

Many more residents will inevitably also succumb if the Government continues to fail to stop the spraying of these toxic chemicals in the locality of residents’ homes.

The first duty of any Government is supposed to be to protect its citizens, especially those most vulnerable, rather than the multi-billion pound pesticides industry and big business.

The significance of the consequences for rural citizens – not only here in the UK, but also around the world – exposed to the cocktails of carcinogenic, neurotoxic, hormone disrupting poisons sprayed on crops, clearly requires the adoption of a preventative approach, to ensure that the protection of human health is the overriding priority.

Therefore the UK Government must now finally act to put an end to the scandalous failure to protect rural communities from the cocktails of poisons sprayed on crops.

The Government must as a matter of urgency secure the protection of people in the countryside by banning the crop spraying and use of any pesticides and other agrochemicals in the locality of our homes, schools, children’s playgrounds and other such areas (eg. nurseries, hospitals etc.)

This must be in substantial distances, as small buffer zones won’t protect anyone considering how far pesticides are known to travel. For example, scientific studies have found pesticides miles away from where they were originally applied and calculated health risks for residents and communities living within those distances.

It is an absolute no brainer that no pesticides should be sprayed where people live and breathe, especially babies, young children, pregnant women, people already ill and/or disabled, and the elderly.

A complete paradigm shift is needed to move away from the use of pesticides altogether to the adoption of non-chemical farming methods, as it goes without saying that no toxic chemicals that can harm the health of humans, (as well as other species such as bees, birds etc.) anywhere in the world, should be used to grow food.

Enough is enough! This chemical warfare in the countryside has to stop for the protection of us rural citizens now, and also for all future generations!

In South Africa the situation is equally dire and we have reported about this many times. We need a similar petition here. We have a local pressure group The Air That I Breathe (TATIB) supporting this cause for many years. We should be far more active though. You can follow them via facebook.