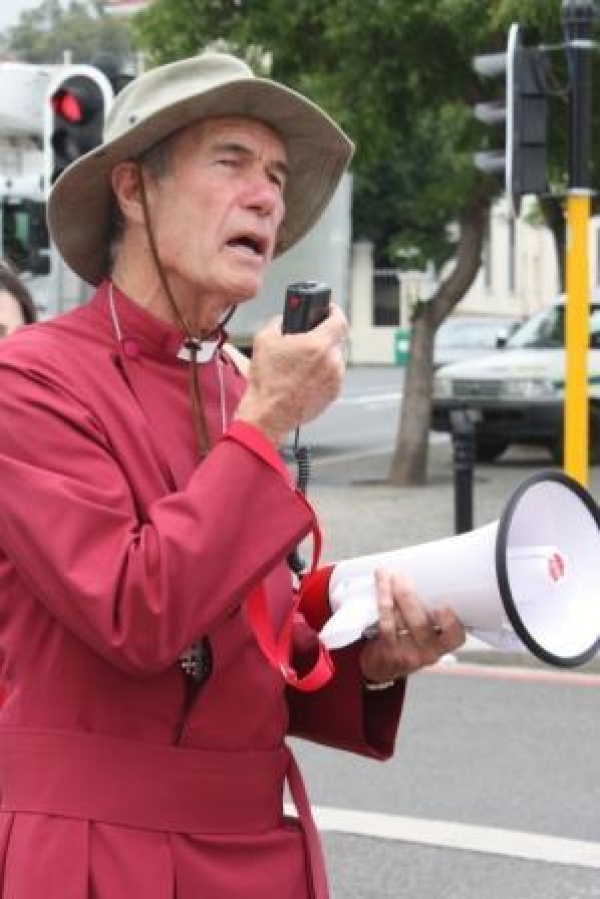 ‘The World Bank should only fund clean renewable energy generation and that does not include nuclear.’

We humans have got to learn to live in harmony with the planet. We have already caused enough destruction to the planet and its biodiversity. The time has come to make amends with a new start so that we begin to heal the planet. This will not happen while we continue on the fossil fuel and nuclear path.

Equally disturbing is the reality that coal and nuclear electricity generation takes the power out of the hands of the people, further enriching the powerful and already rich, while disempowering and further impoverishing the poor, reducing jobs and pricing energy beyond their reach.

We in the Southern African Faith Communities’ Environment Institute (SAFCEI) and many civil society organizations in South Africa are alarmed – even horrified – that South Africa’s Minister of Finance Pravin Gordhan could write:

“If there were any other way to meet our power needs as quickly or as affordably as our present circumstances demand, or on the required scale, we would obviously prefer technologies – wind, solar, hydropower, nuclear – that leave little or no carbon footprint. But we do not have that luxury if we are to meet our obligations both to our own people and to our broader region whose economic prospects are closely tied to our own.

We are appalled on two grounds: South Africa has some of the best renewable energy resources, notably sun and wind, in the world. Renewable energy technology has developed to such an extent that we know that – using thermal batteries for example – we can generate base-load electricity. It is already happening in countries like Spain. Our solar resources are even better than Spain’s. Furthermore, we could have wind and solar generation up and running within three years, unlike the time lag for coal or nuclear (eight or ten years) and by 2013 it will be cheaper than coal. And besides, the government already approved a renewable energy white paper seven years ago.

Equally important, it will put power into the hands of the people, who will be able to control their own local or regional energy generation. We in SAFCEI call on the rich, ‘developed’ countries to recognize their responsibility for bringing about the climate change crisis and therefore provide the financing for clean energy in developing countries. This lack of support is having disastrous consequences for Africa as its forests and woodlands are felled for charcoal, adding to the climate change crisis. Local renewable energy support will enable the rural poor to gain access to clean energy. Centralized coal and nuclear generated electricity is disastrous as it is beyond the reach of the rural poor, geographically and financially.

We therefore welcome the World Bank’s intervention for wind and solar, but believe the World Bank has no ethical position to continue financing the destruction of the planet’s climate by funding coal generation. Furthermore, Independent Power Producers are queuing up in South Africa to develop wind and power generation. Private capital will finance this. The South African public will therefore not have to take on immense World Bank loans or face tariff increases to finance Eskom’s misdirected building schemes. We call on the South African government to end Eskom’s monopoly of electricity generation and ensure that renewable energy initiatives can flourish. We believe a sustainable energy future is possible if we put power in the hands of the people. We also know that given the right conditions of governance and both local and international encouragement, renewable energy companies will invest heavily in South Africa. The State-owned Eskom should do so too.