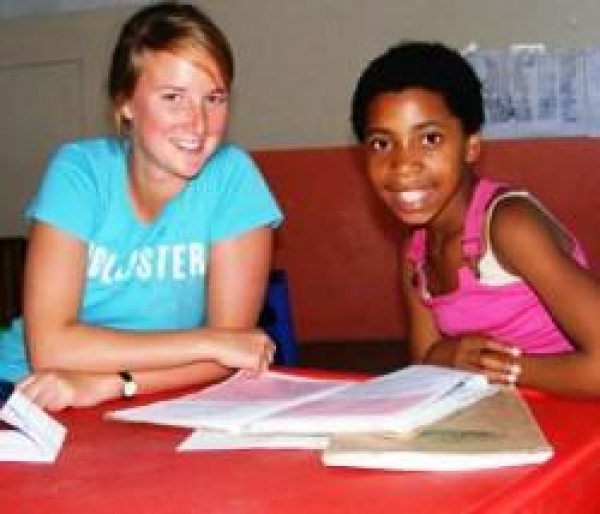 William Shakespeare has proven it to us countless times; theatre is a great way of teaching a community to bring about change. Ten high school learners from Walmer Township near Port Elizabeth have helped develop a play that illustrates the dangers of pollution using physical theatre, puppetry and improvisational theatre.

Leave a legacy, not a mess, developed with the help of Masifunde Learner Development, is a project aimed to educate children in Port Elizabeth about the importance of keeping their environment clean. In Walmer Township, where Masifunde is stationed, there are high levels of pollution which pose serious risks, not only to the environment, but also to the health of its residents, especially the children.

One of Masifunde’s key goals (which forms part of their ‘Learn4Life’ life skills training programme) is to create role models and give them the opportunity to transfer gained knowledge to their community members. The play will be staged and performed during November and December at various Port Elizabeth primary schools. With the 14 planned performances, 1,900 learners can be reached.

At the end of each performance the audience will get involved through a discussion on the topics highlighted in the play. The play’s interactivity is designed to create awareness amongst the audience of their own environmental habits and this should encourage them to make changes that positively affect their community.

‘The message of Leave a legacy not a mess is not only conveyed at eye level, from learner to learner, but intends to be deepened by the learners themselves during the discussion,’ says Project Co-ordinator Zingisa Sofoyiya.

‘We have found that our learners are informed about the challenges of greener living, but struggle to implement practical solutions. Therefore, our programme engages its participants to reflect on their behaviour and come up with feasible solutions. Our drama group, ‘Born Free’ is one of the methods used to reach the community.’

Animal characters are true to tradition

A fictitious village with inhabitants based on African folk creatures represents the community of Walmer Township with the ideologies of its residents. The audience witnesses the cause and effect of pollution, to encourage new habits and environmentally friendly behaviour.

The protagonist in the play has little regard for the environment. He doesn’t believe his actions can cause harm until his reckless behaviour sparks a catastrophe that could doom himself and his friends. He comes to the realisation that he should be more responsible. During the discussion afterward, learners will find out more about the dangers of pollution and will guide them regarding the correct ways of waste disposal.

‘Children are often confronted with topics such as pollution, global warming and other environmental issues as part of their curriculum at schools. Schools focus on a detailed transference of information, which children may learn as fact, but may disregard as a new topic arises. Our projects are intended to cultivate interest and nurture opinions within the children. Later the child may apply this knowledge, not because they are instructed to do so, but because they have been given the opportunity to witness cause and effect and deduce their own solutions to the problem at hand. As children at this age are more likely to be taught new habits, we find it imperative to reach them now to make a difference.’

‘South Africa as a developing country with a growing economy is one of the biggest contributors of greenhouse gasses and carbon emissions in the world. The South African government has dedicated itself to lowering its carbon emissions drastically by the year 2020 and various campaigns such as the ‘carbon free zone’ have been launched. We like to include this as a topic of education.

There are many contributions to a cleaner environment that can be made by local government and the private sector, but all those efforts mean nothing if the individual attitudes remain unchanged,’ Sofoyiya said. 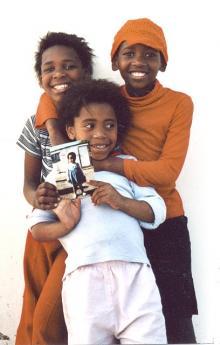 The actors had a great success with their previous project ‘The Walmer side of love!’ – they received a year’s training under professional guidance in basic acting skills, improvisation, characterisation and scene building. The new project teaches them advanced skills in specific theatre methods such as physical theatre or mask theatre, and stage lighting and script writing.

The actors will learn to produce a high quality product for stage that will positively influence their self esteem while strengthening their ability to work in a group. The project enables them to develop their social skills based on a common interest, strengthen their personalities and develop a healthy sense of personal pride through their own hard work and achievement.

Auditions were held in April, after which these ten learners have been practicing on a weekly basis for 3 hours under the guidance of professional actor George van Rooyen, who develops the script, concept and characters involved.

For some scenes the group does improvisations in order to identify realistic conflicts and solutions. Based on this, the director writes the scenes. Other scenes are pre-written by him, to give the actors the opportunity to learn to textually analyse characters’ motivations and to transfer it from the page into stage action. Finally, other dialogues or monologues are written by the actors themselves to develop their script writing and storytelling skills.

The group also create their own props and costumes.

This process is lead by the director through weekly rehearsals up to November 2011. Since the success of the play is based on the physical approach of the story and the handling of the costumes and props, depending on the funds, the group will receive an intensive workshop on ‘comedia del art’ of 5days in the spring holidays.

With the final rehearsals in November 2011 the script will be partly translated in Xhosa to be able to reach the primary school learners.