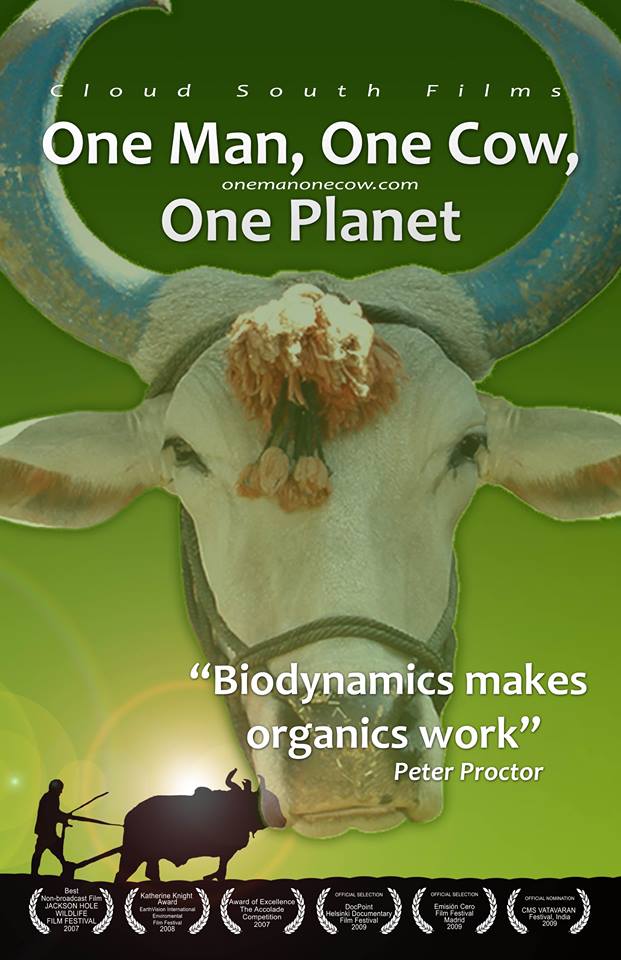 Tonight, an important film is being shown at The Hub in Woodstock. “How to save the world – One Man, One Cow, One Planet”.

One man, One cow, One planet exposes globalization and the mantra of infinite growth in a finite world for what it really is: an environmental and human disaster. But across India marginal farmers are fighting back. By reviving biodynamics an arcane form of agriculture, they are saving their poisoned lands and exposing the bio-colonialism of multinational corporations. One man, One cow, One planet tells their story through the teachings of an elderly New Zealander many are calling the new Gandhi.

The documentary focuses on the extraordinary work of one man on a mission to re-introduce organic farming methods to India, because every year approximately 150,000 Indian farmers commit suicide as a result of their farm lands having been destroyed through the use of chemical fertiliser and pesticides.