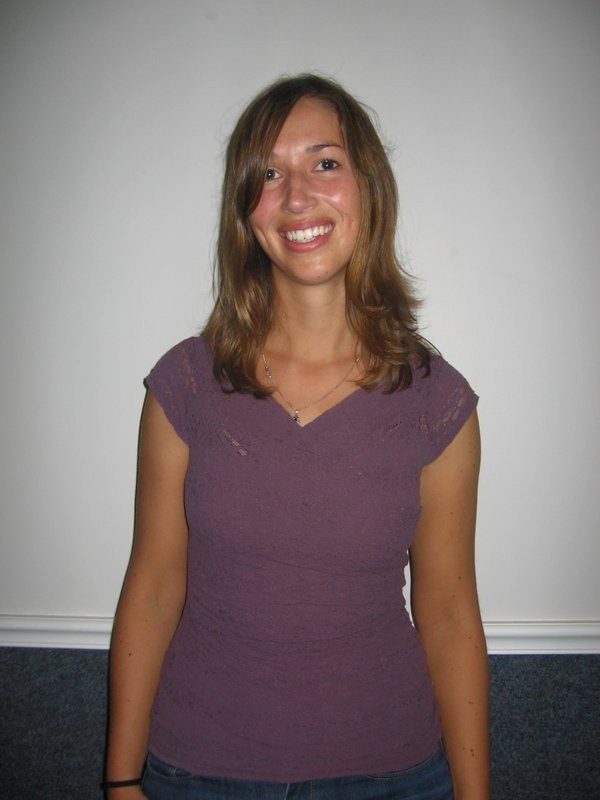 Could the lifestyle adaptations of Kalahari birds in response to rising temperatures be a signal of worse to come?

“It’s called the Hot Birds programme because we work with birds in hot places, not because we are hot birds,” joked researcher Susan Cunningham (main picture), at an installment of the University of Cape Town’s Climate Change Impacts & Adaptation Seminar Series 2013.  After the light-hearted start, however, her overview of the Hot Birds research programme, ‘Feeling the Heat: Consequences of rising temperatures for desert birds’, painted a bleak picture for the future of the birds of the Kalahari, if climate change continues on its trajectory.

“We are almost certain that the warming is anthropogenic in origin (meaning it’s caused or produced by humans) so… if we are the source of the problem then we have an ethical responsibility to try to combat it or at least understand what’s going on,” said Susan, who is based at the FitzPatrick Institute of African Ornithology.

“Climate change is causing extinctions on a global scale, and that’s really where things get quite scary.”

The focus is on desert-dwellers as the rough terrain means they are already living at their maximum tolerance levels. “We tend to think of desert animals as being adapted to living in high temperatures, but they have their limits,” and are thus likely to give researchers early warnings of change as it doesn’t take much to make conditions very inhospitable.

Desert areas are also warming faster than many other parts of the earth. Temperatures that are too hot kills an endotherm (an animal that generates internal heat) faster than temperatures that are too cold, therefore birds need to change their behavior to avoid getting too hot. How hot the birds actually feel comes down to combinations of air temperature, wind speed, humidity, solar radiation and ground radiation.

Getting rid of excess heat

Birds try to mitigate the increasing heat by using the landscape and by trying to actively dissipate excess heat (offload it from their bodies).

Some of the ways in which the birds may use the landscape include:

To offload the excess heat from their bodies, birds may:

To understand the consequences of these behavioural changes on survival and reproduction, the research looks at the links between temperature and fitness, which in a biological sense refers to lifetime reproductive success.

For her research, Susan focuses on the Shrike bird, who are ‘perch and pounce’ foragers – they sit on exposed branches and scan the ground for food. This method exposes them to solar radiation as they are sitting in the sun all day.

To collect data, Susan observes the birds in 20 minute slots, 8 times a day between 6am and 6pm. She uses this approach to disentangle time of day from the effects of temperature on behavior. Using a nest camera to record provisioning of food to the chicks, and taking prey availability into account, she weighs them at 6am and 6pm to monitor their growth.

Moodswing temperatures and their effects

Her work has found that temperature does in fact affect food provision. When out on a sunny branch, the birds are able to catch 10 – 20 prey items per hour but from the shade the number can go all the way down to zero, resulting in less feeding visits to the nest, and serious consequences. On good days with low temperatures, 6 day old chicks can gain up to 50% of their body weight but as temperatures reach 40 degrees, they may only gain 5%. High temperatures are problematic for baby Shrikes especially in the earlier parts of the nesting period when they are trying to grow up to adult size and fledge (leave the nest). Her data also found that the hotter the nesting period, the smaller the fledge.

An important consideration is the difference between weight (how skinny the chicks are) and length (how small they are). If chicks are skinny, they have the opportunity to gain weight as they get older however, if they are small, they will remain small forever.

Struggling in the nest may lead to compensating by staying longer to mitigate smallness – more food from parents means more chance to grow. While they normally fledge 18 days after birth, the study has found fledging up to day 22. As the Kalahari has very high predation rates, this is a very costly change in behavior as each day spent in the nest means a 4% chance of being eaten by prey like snakes and mongooses. Fledging small means they are less likely to survive to the next summer and if they do they may not breed successfully, lay as many eggs or raise as many chicks.

This is a massive issue for birds like the Shrike, and something Susan is quite concerned about, especially considering that the Intergovernmental Panel on Climate Change report 2007 suggests a 4 degree increase in Kalahari temperatures by 2018.

There are two ways that this could play out. Birds may be unable to cope and could disappear from the Kalahari, “they may be able to shift to other environments as the temperatures rise.”

The other option, which scientists hope will happen, is that the birds can adapt to these changes, although “…it’s not something we see happening.”

We could always cross our fingers and hope that our at-risk ecosystem will adapt, but is that really a chance worth taking?