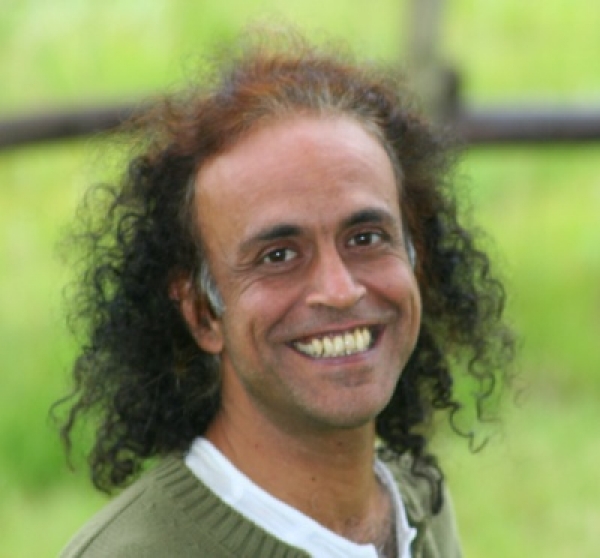 ‘This is a tragic decision,’ said David Parry-Davies, environmentalist and editor of the yearly landmark publication Enviropaedia, about the news that the World Bank had approved a loan of US3,75-billion to Eskom to build a coal-fired power plant at Medupi, northern Limpopo.

Shockwaves rippled through the South African green community, as David verbalized what many hard working fighters of global warming are feeling. The World Bank decision seems to fly in the face of all reason, if the bigger picture of climate change is taken into consideration. Africa is a place of intense suffering due to climate change – and such a decision will simply be exacerbating an already dire situation.

According to the World Bank their board of executive directors approved the loan to ‘help South Africa achieve a reliable electricity supply while also financing some of the biggest solar and wind power plants in the developing world.’

In actual fact US3-billion of this loan will be used to build the power plant, while only a small sum of US 0,75 billion is earmarked for a 100MW solar plant.

There is grave concern that this money will simply land in the pockets of a few wealthy contractors and yet again the poor will pay the price.

‘Coal and nuclear electricity generation takes the power out of the hands of the people, further enriching the powerful and already rich, while disempowering and further impoverishing the poor, reducing jobs and pricing energy beyond their reach,’ said Bishop Geoff Davis from the Southern African Faith Communities’ Environment Institute (SAFCEI).

The DA said this deal would enrich the ANC with R1-billion. The ANC’s investment arm, Chancellor House, has a ¼ stake in Hitachi Africa, who was awarded the boiler contract for the proposed new power station. Now the World Bank is refuting this:

‘The World Bank loan will not be used for any project in which Hitachi SA is involved,’ said Sarwat Hussain, senior spokesperson for the World Bank in Africa.

They also maintain that the latest technology will be used to limit, as far as possible, environmental impact of the power plant. Ironically, this money will come from the World Bank’s Clean Technology Fund.

‘Why would the World Bank contravene its own principles, when they know that their money could lead to many more jobs and a sustainable future if they rather funded renewable energy development? What is their hidden agenda? Why are they so keen to ‘build relations’ with our government? He who pays the piper calls the tune,’ said Mr. David Parry-Davies, environmentalist and editor of the Enviropaedia.

‘This decision cuts away the potential for the development of extensive job creation, using the worst possible option.’

‘Key strategic thinkers in the World Bank want this to happen because this finally gives them what they have never had before – a firm grip on the SA economy and, above all, their drug of choice – policy influence,’ said Prof. Mark Swilling, academic director of the Sustainability Institute, University of Stellenbosch.

So we fall behind the world again

Calling this loan essential to our economy, as Minister Barbara Hogan did, also seems to be a dubious argument. In fact the opposite holds true. ‘Read Minister Barbara Hogan’s justification for a World Bank loan for financing coal-fired power stations as a call to fall behind the rest of the world, thus forcing us to take another loan in a decade or so to buy someone else’s technologies so that we can catch up. If she understood endogenous growth economics, she would realise that the World Bank loan will suppress the need for innovation, thus destroying what really drives growth and job creation,’ said Prof. Swilling.

Earthlife Africa and GroundWork complained on behalf of Limpopo residents due to the risk to their health, livelihood and the environment. They argued that the hidden costs of the loan included affects such as air pollution, elevated sulphur dioxide levels, and mercury residue in the water, air and land. There would also be constrained access to water and the degradation of land and water in what was a largely agrarian area.

‘In reality the project would largely benefit major industries which consume electricity below cost, and whose apartheid-era secret agreements prevents them from sharing the costs associated with the construction of the project and the repayment of the loan,â€ said Earthlife Africa and GroundWork. They also felt that such a loan would violate numerous World Bank policies and pose considerable threats to local communities and to the South African society at large.

Even the worldwide Avaaz petition that tried to stop this loan from happening, failed. So too serious pleas from various religious leaders in the country.

‘We humans have got to learn to live in harmony with the planet. We have already caused enough destruction to the planet and its biodiversity. The time has come to make amends with a new start so that we begin to heal the planet. This will not happen while we continue on the fossil fuel and nuclear path. Renewable energy enables local communities and the poor to control and gain access to energy while also creating far more jobs than large centralized coal and nuclear power stations. Renewable Energy technology will create at least 25% more jobs than coal and 90% more jobs than nuclear per unit generated, ‘ said Bishop Geoff Davies. Read his full story here.

Speaking to Muna Lakhani (pictured, top) from Earthlife Africa today he said they were not despondent.

‘I am not surprised – the ANC had sold out. They are just showing their true colours. They would have built this power station anyway. We now need to make sure the second one, Kusile, doesn’t happen.’

Long term jobs could have happened

More comments from environmentalists the Green Times spoke to:

We are disappointed but not surprised by the decision. Ideally we would have liked much more of this money to have been allocated to the creation of an SA renewables industry that could create local long term jobs and give the country skills and products that could be exported and in so doing bring ongoing hard currency to South Africa.’ Ed Gluckman, MD Global Carbon Exchange

‘We are being taken down a slippery slope toward being ostracized by the international trading community due to the continuing high embedded carbon in our products and services. We are continuing the reliance of our energy sector on a finite commodity that is destined to increase exponentially in price in the coming years and by so doing a major disservice has been done on our population in terms of energy cost and security. Loans for an effective energy efficiency program would have been a much more sustainable and viable loan opportunity.’ Kevin James, CEO Global Carbon Exchange

‘My response is one of disappointment, as it appears that the powers-that-be are more comfortable propagating the status quo and supporting a very outdated technology which is dependent upon a finite resource and has proven to be highly damaging to the planet and highly inefficient, rather than invest in researching new technologies which are better for the future, are more efficient and do not rely upon non-renewable resources and do not produce pollution. Besides the technology itself, there is much evidence showing that a centralized grid system is highly inefficient as a high percentage of power is lost in distributing it through the grid. Unfortunately politics and short term thinking must have played a part in the decision. South Africa is already said to be among the top producers of carbon as we burn so much dirty coal. This will surely push us up another notch or two. Perhaps this decision will mark the last time that a significant decision that supports the ‘old’ way.’ Steven Jacobs, Director of Operations of Living Wealth and Executive Director of The Natural Step Southern Africa.

Read a full report on the possible implications of this loan: