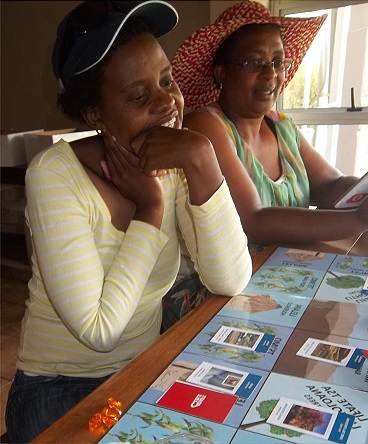 Games are not just child’s play, and their value stems beyond a good laugh! Learning through play is a term used in education and psychology to describe how we can learn to make sense of the world around us. In essence, play can supercharge learning and therefore has the potential translate climate science to society.

Simulation gaming (or modelling) is not a new concept, with its application dating back to  the second world war, where simulations were created to act out tactics and determine likely outcomes. Models in all shapes and forms can be used to create artificial systems to test a range of outcomes to help decision making and planning. An added value of these tools is their ability to abstract reality, which helps to simplify complex system dynamics so that we can better understand them. So simulation games or models help us to explore how a system is likely to react to potential changes.

Gaming is a global language that uses graphics, colour and action (playing) to develop understanding and learning in an attractive way. The notion of playing games is universal, crossing all cultures, societies and ages. So the logically response to the challenge of translating scientific knowledge to society is through this language of gaming.

Efforts to raise awareness about climate change and projected impacts are widespread, and have resulted in the notion of ‘climate change’ being a familiar one. However, the general understanding of the concept, its impacts, and the need for adaption, is limited. The notion of climate change is not effectively translated in a way that speaks to the non-scientific community, hindering the incorporation of resilience building into societal agendas. 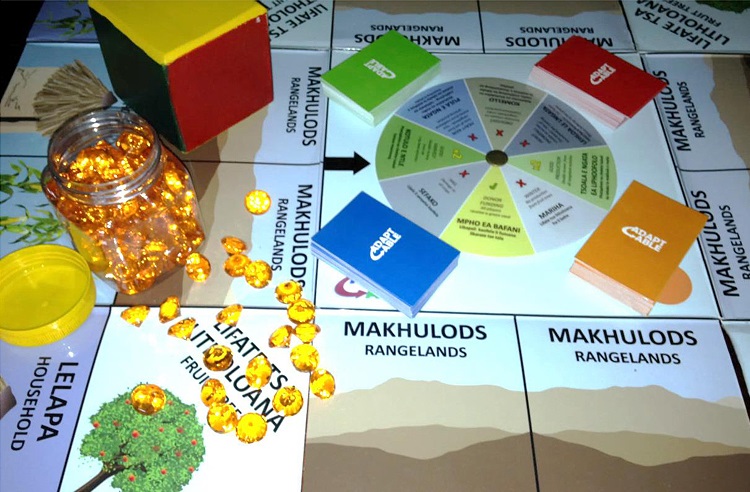 Using simulation games to raise awareness about climate change and the need for adaptation has the potential to address the challenge at hand. Personal experience has shown that creating an abstracted version (game) of a system, replicating its dynamics and processes, and playing out projected climatic changes organically reveals the likely impacts of changing conditions. Once an understanding of projected climatic changes and likely impacts has been established, the game can be used to test adaption interventions and inform resilience building.

As gaming is a global language, this fun, interactive and effective process can be used with any societal type, transgressing knowledge barriers, to raise climate change awareness and aid adaption with the agenda of resilience building. The two examples to follow show how simulation gaming can be used in different contexts and for different purposes. 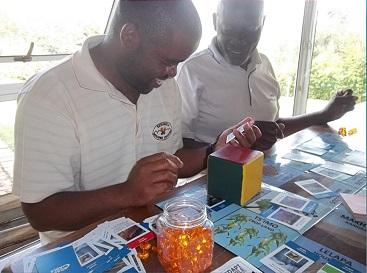 The Adapt-Able game was developed for a climate change adaption project in the Lesotho Highlands, designed to create climate change awareness and build resilience of rural communities. Players acted as members of rural households that carried out daily activities and were exposed to climate change impacts.

By playing the game, players discovered adaptation options (such as purchasing solar powered and fuel efficient technologies, or developing skills such as conservation agriculture) that would help them be more resilient to impacts. Adapt-Able was simple to facilitate and resulted in over 70 copies being produced and distributed to schools, community groups, government departments and NGOs. 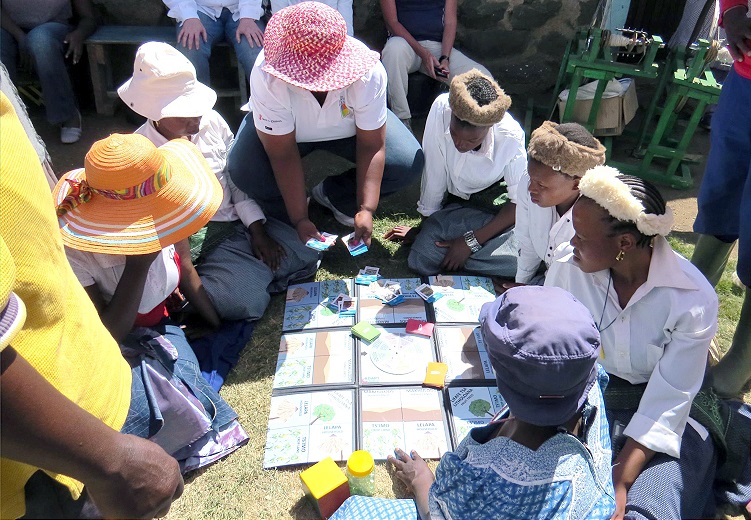 To encourage joint planning, aid collaborative decision making and manage conflict and tension, the AmanziGame was developed for a natural resource management project in KwaZulu-Natal. The game was based on the Wat-A-Game (WAG) framework, which abstracts a system (in this case a river system) and plays out the activities and dynamics of the reality. Players took on the role of various stakeholders in the area, playing out activities of rural and commercial farmers, tourism managers and government officials, to name a few.

The game revealed the impact that activities were having on the natural, social and economic environment. The notion of ‘role playing’ was a strong component of this game as it enabled participants to walk in another’s shoes, while avoiding tensions that were apparent in reality. The game allowed participants to play out scenarios so that they could see likely outcomes. This formed the basis of developing a common understanding of the systems’ dynamics and the drivers of challenges, providing a platform for joint planning.

Simulation gaming is therefore an effective tool for creating awareness, addressing complex challenges and aiding integrated action in a fun, interactive way – because at the end of the day, it’s just a game.

By Sian Oosthuizen and Fonda Lewis, Institute of Natural Resources