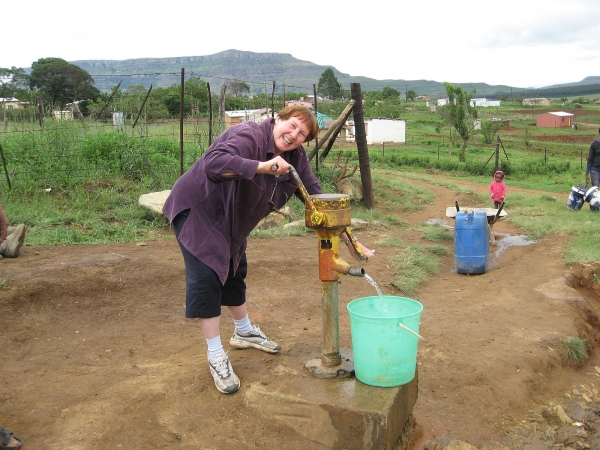 A once an under-greened and neglected area in the outskirts of Durban will soon be boasting with countless lush trees once their homegrown yellowwood and paw-paw trees start spouting up like skyscrapers around them.

For about 6 years Natalie Rowles, a 66 year old house wife from Kwazulu Natal has been donating thousands of her home-grown indigenous Yellowwood and paw-paw saplings to local schools, the public and the municipality for Arbor Day tree plantings. Just recently Natalie donated hundreds of saplings (she still needs to collect some more saplings) to the Valley of a Thousand Hills to be planted in their community garden on the 4th of March.

Since her 60th birthday, 6 years ago, Natalie decided to start growing every seed that dropped off her yellowwood tree and ever since she has been on a mission to green up the e-Thekwini municipality.

“I’ve loved trees since I could climb a tree, and you’d always find me in the highest branch of a tree as a child. On my 60th birthday, whilst travelling to Johannesburg, I noticed how desolate the countryside is – lacking tree cover. Upon my return I decided to earnestly start growing the seeds dropped off from my yellowwood tree,” Natalie explained.

She said after trying various ways to improve the germination and sowing rates, she managed to grow it in her worm compost, which created little saplings within months. Since then Natalie has already been able to donate countless thousands of saplings throughout Durban.

Last year Natalie was introduced to Kjell Kuhne from the U.S.A, who travelled to South Africa to attend COP17 in Durban to promote the projects for ‘Plant for the planet’.

Kjell forwarded Natalie’s contact details to ambassadors of the ‘Plant for the planet’ project and put her in touch with Mary Galvin, Director if Umphilo waManzi who requested left over small paw-paw saplings as well as yellowwood saplings.

“At the time when requests starting to come in to supply them with yellowwood saplings, I had no yellowwoods on hand as I had already donated them to the Hogsback forests to be planted out amongst the near 450 yellowwoods that I sent off last year to become future food sources for the hundreds of wild Cape Parrots flying around. But a day later I got a call from a local lady who asked me if I needed some yellowwood saplings and naturally I jumped at the opportunity.” 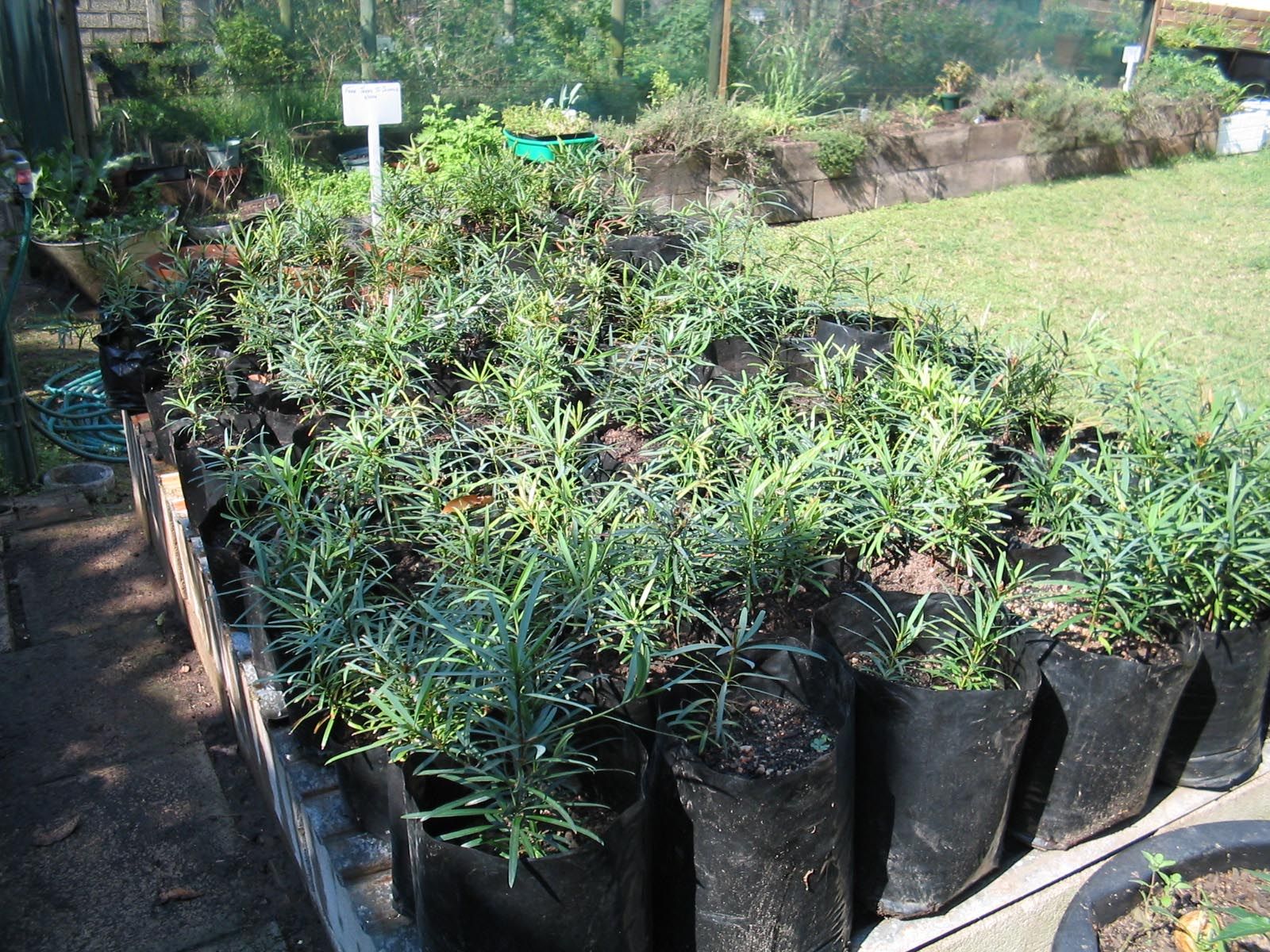 The paw-paw trees will be planted out around the water standpipes in tyres to protect them to some degree, while the grass will act as a mulch to make them strong in order for them to grow on the 4th of March. The community will be able to pick the fruit when visiting the water point and also re-share them.

The yellowwood saplings (also very small still) will go to families to be planted in their gardens for shade.

“I like to think of my yellowwood saplings as future A.T.M. machines – grow them big so they can later drop seeds for the owners, who can then sell saplings to the rest of the world. This can be a means of future job creation for the Valley of a Thousand Hills community members,” Natalie said.

A local school in Durban also collected some paw-paw and yellowwood saplings for the same project and these will be planted out in a Glenwood’s children’s home shortly.

Natalie said most of her paw-paw trees (hundred or more) went to a municipal pavement garden near the Mariannhill Tollgate (No. 32 Scorpio Place) where 20 holes were pre-dug and the rest of the paw-paw trees will be planted inside the very large property, where the community and passers-by can harvest the fruit.

“I had a very fruitful, but busy and history creating week behind me! Just imagine if my dream of planting KZN with yellowwood trees from the Valley of a Thousand Hills through to eThekwini can be achieved in a very short while. It will be a lovely legacy to leave behind for the rest of the country to follow suit! Oh, how green will be my Valley again!”