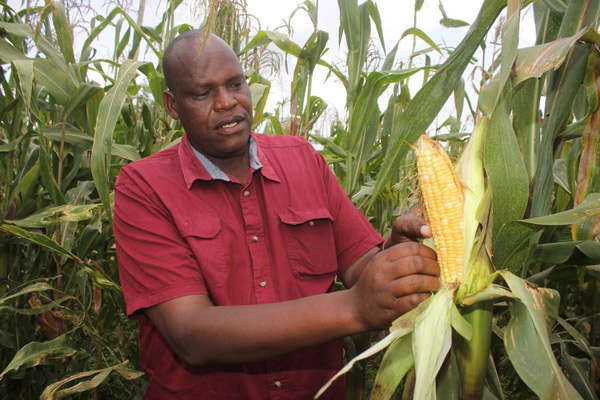 Farmer Julius Kitur checks on his yellow maize crop. He has 52 acres under yellow maize with which he plans to make feeds for his dairy animals. Image: Jared Nyataya / Nation Media Group

South Africa’s staple food, maize, could soon be loaded with new combinations of foreign genes, and sprayed with new cocktails of agrochemicals. Agribusiness giant, Dow, is applying to South African authorities for the right to sell yet another GM maize variety for cultivation and ultimately consumption.

The variety in question is designated as MON 89034 x TC1507 x NK603. It is a “triple-stacked” maize that allows the plant to produce several toxins against pests, as well as being able to withstand the weed killing chemicals glyphosate and glufosinate. This GM maize has been artificially developed in a laboratory and contains patented transgenes belonging to Monsanto and Dow.

ACB’s review of the safety dossier submitted by Dow to South African authorities has revealed that MON 89034 x TC1507 x NK603 has not been adequately tested for human and environmental safety and many biosafety concerns remain unaddressed. We also note that the cancer research arm of the World Health Organisation (WHO), the IARC, has warned that glyphosate can cause cancer in humans. See our detailed objections here.

Dow’s latest variety poses unacceptable risks to our staple food, will serve to increase exposure to yet more chemical pesticides, consolidate the corporate control of South Africa’s already corporatised food systems and entrench inequities and food insecurity. More than 80% of our maize cultivation is already GM and South Africans have no access to GM free maize should they wish to avoid it.
We demand that Dow’s application be rejected. 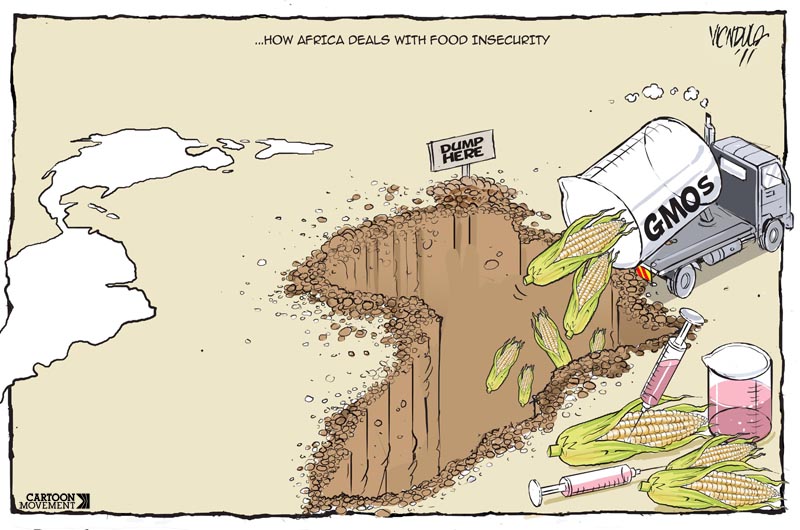 Food insecurity is no excuse for Africa to consume GMOs (genetically modified food), which are subject to controversy and research. Image: Victor Ndula / Cartoon Movement

We call on our government to proactively develop a food system that supports both producers and consumers, instead of one that creates and perpetuates risk and vulnerability. We call for a shift from focus on increasing production through high-yielding, high calorie staple crops, towards improving food quality and nutritional content; and to address the structural and systemic issues that create persistent poverty, inequality and unemployment – the root causes of hunger and malnutrition.

A transition away from industrialised GM based agriculture towards agroecological methods is strongly recommended by many recent reports including the UN International Panel on Sustainable Food Systems (IPES-FOOD) to be the most efficient and sustainable way to improve food security, nutrition and climate change. 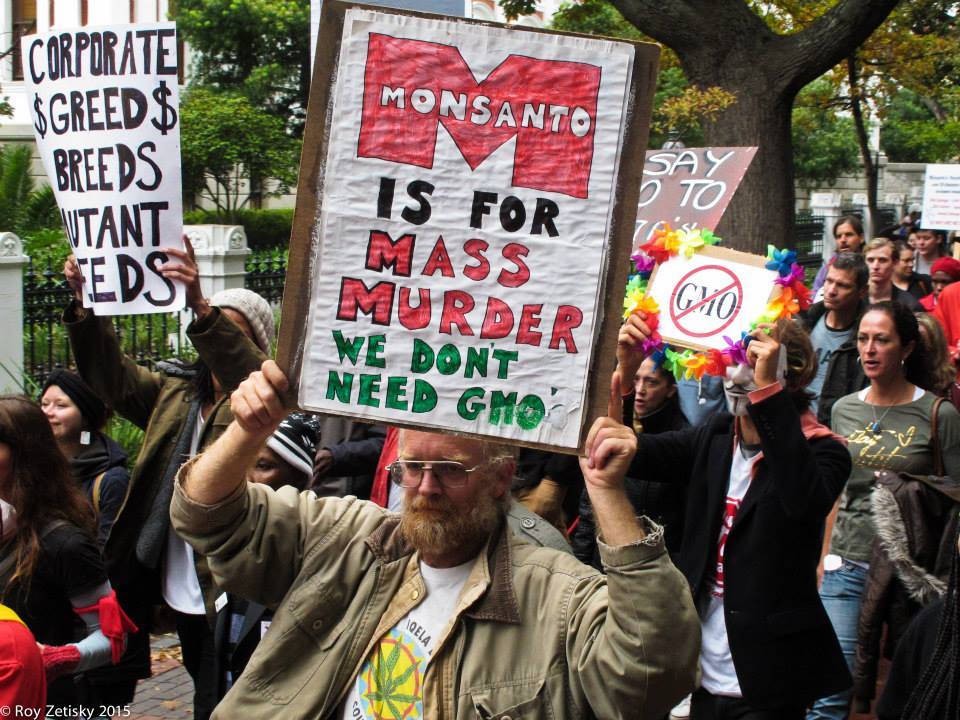 The safety assessment carried out by Dow is inadequate and scientifically flawed. It fails to prove safety of the variety for human consumption.

Many different genes have been inserted into the maize to deal with weed and insect resistance that is rendering GM technology ineffective. Our staple food is being loaded with ever more foreign genes and agrochemicals to compensate for an unsustainable technology.

It is unacceptable to increase the volume and number of herbicides used in our agricultural production to keep up with weed resistance. Glyphosate and glufosinate are linked to serious adverse health effects including cancers, neurotoxicity and reproductive problems. 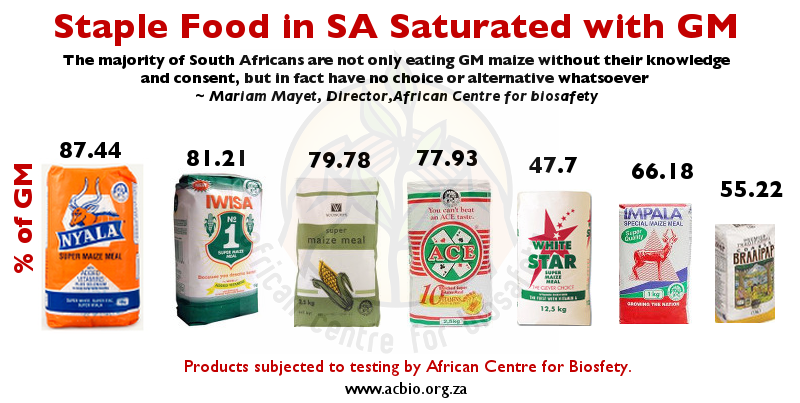 Large scale corporate production of maize is impacting on the environment, locking out smallholders from competing in the market and contributing to nutrition insecurity.

The cost of GM varieties is substantially higher than conventional varieties and stacked varieties are even more expensive. Smallholders will suffer these increasing prices, made more worrisome in a context of corporate concentration and decreased farmer choice for maize seed.