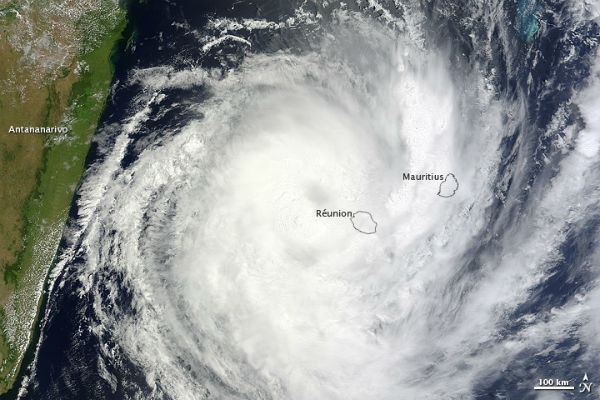 Nearly 70,000 homes were left without electricity during the first week of January 2013 after tropical storm Dumile struck the island in the Indian Ocean. Winds of up to 180 kilometres per hour and torrential rain caused extensive damage to the electricity network and Electricite de France (EDF), which supplies the island said power to 68,000 homes had been cut.

The cyclone was the first to hit Reunion since February 2007.

The French-owned island with a population of about a million people is 99% electrified and by 2025 it wants to use renewable energy sources to produce 100% of its electricity. Reunion has been expanding its photovoltaic, hydro and wind energy projects to produce up to 750 MW, 120 MW and 60 MW respectively.

The ambition is to have 750 hectares of (photovoltaic) panels eventually installed with France spending US$170 million between 2007 and 2017 to reach the targets.

Biomass from sugar cane fibre and waste will also be part of Reunion’s power future, while scientists are testing the potential of hydrogen, geothermal energy from La Piton de la Fournaise, one of the world’s most active volcanoes.

NASA’s Aqua and Terra satellites captured visible and infrared data on Tropical Cyclone Dumile as it slammed into the islands of La Reunion and Mauritius in the Southern Indian Ocean. Image source: The Watchers