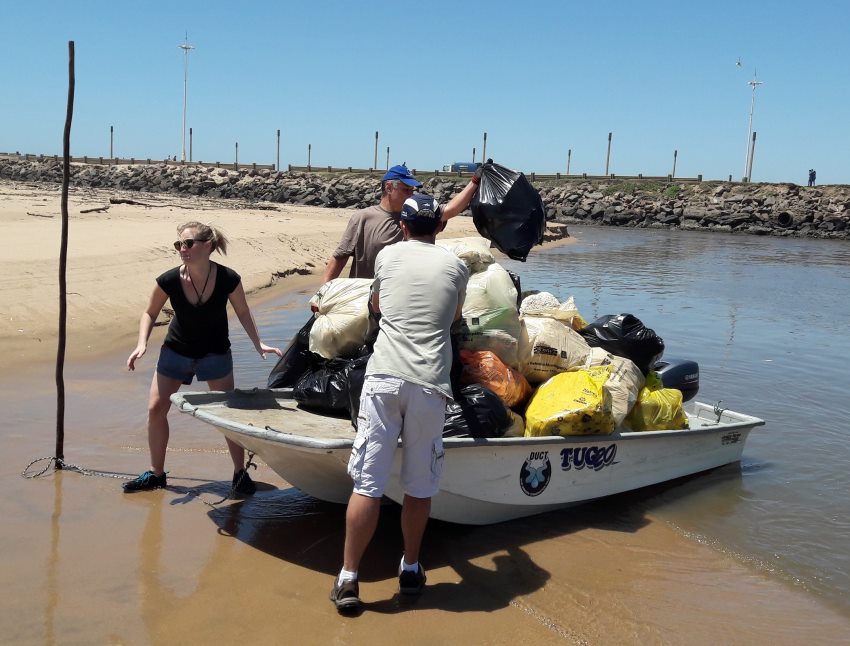 Thousands of bags filled with litter were prevented from entering the sea off the KwaZulu-Natal coast this past month thanks to various beach-clean ups organized by the Plastics|SA Sustainability Division.

According to Douw Steyn, Sustainability Director at Plastics|SA, a staggering amount of litter made its way down the Umgeni river recently after heavy rains and was collecting in a rocky area close to the Blue Lagoon river mouth.

“We were monitoring the situation closely and realized that drastic action needed to be taken to ensure that this litter does not end up in the oceans. Thanks to great team work and the support of our Product Recovery Organisations (Polystyrene Association of SA, SAVA, PETCO and Polyco), the Duzi Umgeni Conservation Trust (DUCT), the KZN Marine Waste Network and local volunteer organisations such as the Clean-Up Blue Lagoon team, we were able to contract clean-up teams and mobilize more than 120 volunteers. Over a period of 5 days they collected more than 1,100 bags filled with litter,” Steyn said. 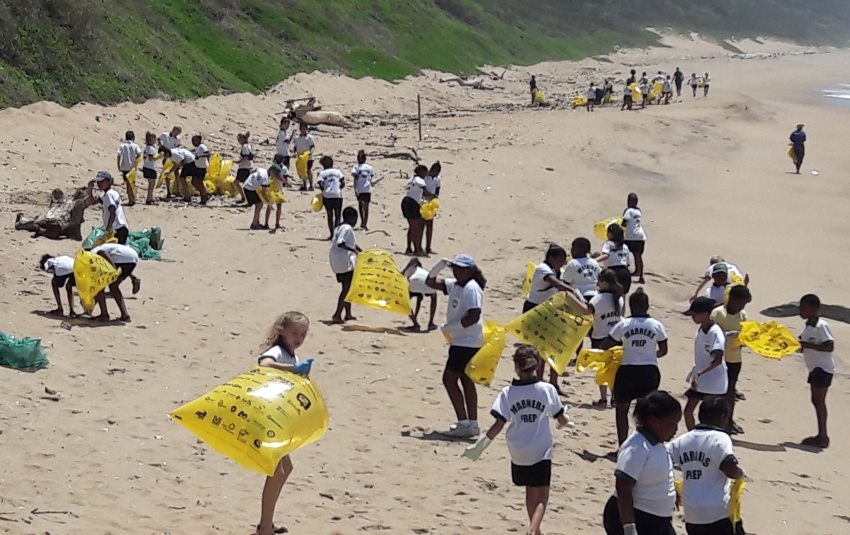 During the same week, Plastics|SA also supported various other clean-ups in the area (organised by, amongst others, the Durban Green Corridor, Aqua Addicts and the Clean Surf Project) by donating more than 7,000 bags for their campaigns. This all formed part of the Plastics|SA River Catchment Project, which involves education programmes, aimed at local communities, on saving the marine environment by avoiding polluting river ways in three coastal catchment areas.

“Whether at the Blue Lagoon, uMlazi river mouth, Cutting Beach or Isipingo, these clean-ups all reflected the negative impact that areas with little or no waste management have on our environment, and man’s total disregard for nature. The majority of the waste that we collected was post-consumer packaging materials that have a value for recyclers and are in high demand for recycling into a myriad of other products. This material should not end up in landfill, and most definitely not in our oceans!” Steyn implored.

The majority of the waste collected was sent away to the Wildlands Trust, where it will be sorted and recycled.

“We are urging the public not to leave their litter on the beaches during the forthcoming festive season. Our beaches and marine environments are environmentally sensitive areas that need to be protected. Please, leave only footprints! Remember to try and pick up at least three pieces of litter every time you go to the beach this December holiday!” Steyn concluded.