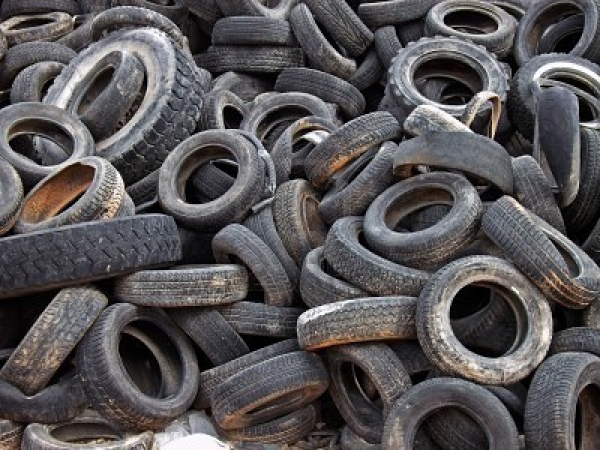 The integrated waste-tyre management plan, which we reported on last week, has been withdrawn after concerns over how the plan was gazetted, were raised by the industry. This plan was meant to generate an estimated 15 000 local jobs and see an end to South Africa’s escalating tyre pollution problem.

Acting in Ms Molewa’s stead while she attended the World Economic Forum talks in Davos, Minister Collins Chabane withdrew the Integrated Industry Waste Tyre Management Plan by the Recycling and Economic Development Initiative of South Africa (REDISA), a week after it was launched in Pretoria.

The REDISA plan was approved by notice in the Government Gazette published on November 28 2011, but after its unveiling early January, the South African Tyre Recycling Process Company (SATRP) raised concerns over the way it was gazette. They said that the plan had not been put out for comment to the tyre sector, or the public.

Amongst the disquiets expressed was the issue of control over an industry that has the potential to bring in more than R600 million a year.

The national recycling plan would have imposed a R2, 30/kg levy on tyres at import or factory gate, by January 31, on tyre manufacture and fitment sectors.

“The withdrawal will afford the department an opportunity to attend to procedural requirements stipulated in the waste tyre regulations. The general public will have an opportunity to engage and provide input into the REDISA plan, in due course,” said Department of Environmental Affairs spokesman Albi Modise.

He said it “must have been an administrative oversight” that the REDISA plan had not been gazetted for public comment.

REDISA CEO Hermann Erdmann said at the original gazetting a notice on where the ‘very thick’ plan could be obtained was not included, and that was the problem. The implementation of the plan is to be extended to the 1st May 2012. This is in order for Government to re-gazette the REDISA plan and also allows SATRP to resubmit its plans with amendments for consideration by the Department of Environmental Affairs.

Democratic Alliance environment spokesman Gareth Morgan, welcomed the withdrawal of the REDISA plan, saying it gave them a monopoly. He believed the plan ‘significantly overestimated the number of jobs that could be created in the tyre recycling sector’.

It is estimated that about 10-million tyres produced by the local tyre industry are scrapped each year and with vehicle sales increasing year-on-year, the problem of dealing with scrap tyres and the lack of tyre or rubber recycling facilities is worsening.

Many believe there is currently no effective environmentally friendly technology, yet economically viable way to dispose of tyres, although research has been done to prove otherwise.

Tyres are not biodegradable and the about 100-million scrap tyres stockpiled in SA pose a huge environmental problem as breeding grounds for mosquitoes and vermin.

Yet tyres are also one of the most reused waste materials. Rubber is very resilient and is reused in building projects ranging from highways to soccer fields and basketball courts, plant containers, shoe manufacture, etc.

It also has huge latent energy and can save on depleting fossil fuel reserves. Once the infrastructures are in place and the Waste Tyre Regulation Act (WTRA) is implemented, power stations and paper factories may be looking at rubber instead of coal to generate energy.

The revenue expected to be generated from the implementation of the REDISA plan, is estimated to be approximately R624 million.

“The other problem is that if you’re putting it into water and so on, it’s also a water pollutant.”

The REDISA plan addresses several issues. According to their website, the first objective is to avoid the scrap in the first place, which will be supported by education programmes for the general user on how to maximise tyre life.

Scrap must have value attached

The next priority is reuse. The next objective is to remove waste tyres from the environment through a subsidised collection and recycling process by attaching a value to scrap tyres, as is done in overseas countries. REDISA provides a business and employment opportunity for entrepreneurs who register with the organisation to remove tyres from their community and deliver them to a collection point.

A key element of the plan is that it will specifically and exclusively target small and very small businesses. The aim is to address the waste tyre problem, while at the same time creating jobs in the area where they are needed most: in the informal and small, medium and micro enterprise (SMME) sectors.

According to the South African Tyre Manufacturers Conference (SATMC), it was this latter part of the route that has been hanging in the air for almost 2 years. According to the promulgation WTRA has been delayed by red tape and legal hassles such as the Competition Commission of South Africa having intervened – stating that it is against the Competition Act for companies (tyre manufacturers) to speak to one another on issues such as this.

Another reason for the delay was that the new legislation was expected to create an entirely new industry, one in which the government was determined to ensure it would be open to all and not monopolised by a few big players.

A component of the plan will be allocated to research and development to create environmentally sustainable recycling processes. Processes for handling scrap tyres will be prioritized, based on where they sit in the waste management hierarchy.

The plan will research and support initiatives to create products such as rubber, oils, bricks and tiles from the waste tyres, and finally converting the scrap tyres into fuel.

But it will come at a price. Funding of the plan will be through a per-kilogramme levy on tyres manufactured in or imported into the country.