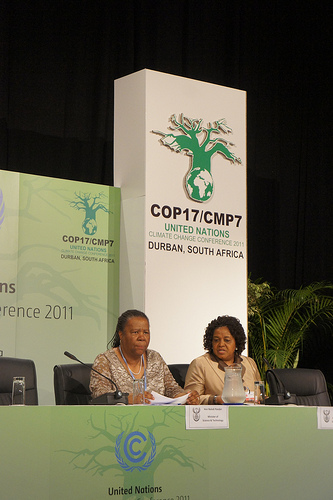 Activists and experts expressed outrage at the revelations that the U.S. government, through the NSA and its allies, conducted espionage on participants of UN climate talks.

They are calling for President Obama to commit to no further spying on participants of the talks, accompanied by a drastically increased commitment to climate action on the part of the U.S., if the talks are to succeed as they build toward another global summit at the end of 2015.

“The UN climate talks are supposed to be about building trust – that’s been under threat for years because of the U.S.’s backward position on climate action – these revelations will only crack that trust further.” Meena Raman, negotiations expert from the Malaysian based Third World Network, said.

“Fighting climate change is a global struggle, and these revelations clearly show that the U.S. government is more interested in crassly protecting a few vested interests – rather than acting ethically by taking responsibility to lead and working cooperatively with others to find solutions.” Brandon Wu, Senior Policy Analyst with development organisation ActionAid in the United States, said.

“This is yet again an underhanded, undemocratic and arrogant use of power by the U.S. government to protect corporate interests. We urge the citizens of the United States to condemn these actions by their government and call for an immediate stop to its blocking progress in the climate talks.” Lidy Nacpil, director of Jubilee South Asia Pacific Movement on Debt and Development, a social movement headquartered in the Philippines, said.

“If Obama’s rhetoric on climate change in the State of the Union is to be believed he must use an executive order to stop spying on climate negotiators and take up a position on pollution cuts that is consistent with the science.” Asad Rehman, Head of International Climate at Friends of the Earth EWNI in the UK, said.