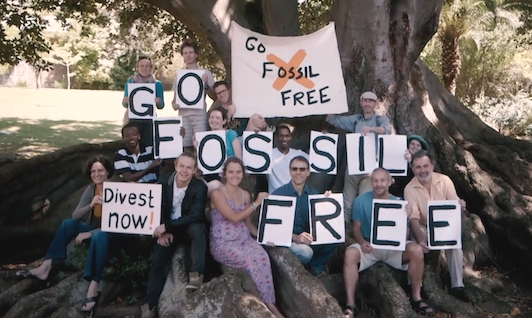 On Tuesday 28 February, the Convocation of the University of Cape Town overwhelmingly passed a non-binding motion for the university to rid itself of all investments in fossil fuels within five years. Should the university Council agree to this motion, it would make UCT the first African University to formally commit to divesting from fossil fuels.

Convocation is a statutory body of the university comprised of all graduates, vice-chancellors and academic staff, which can express opinions and selects six members of Council (the university’s highest decision-making body).

The divestment motion was proposed by David Le Page of Fossil Free UCT, Fossil Free SA and UCT’s own Ethical Investment Task Team. He reminded the gathering of Archbishop Emeritus Desmond Tutu’s 2014 call for UCT to phase out its fossil fuel investments. The motion was seconded by Dr Yvette Abrahams, who spoke of the severe impacts of climate change, especially on African women and vulnerable people, and urged the university to “practice what we teach”.

The UCT Vice-Chancellor, Dr Max Price, said he mostly supported the motion, but requested an amendment to the specific call for divestment within five years, arguing that it pre-empted the ongoing work of the Ethical Investment Task Team. His proposed amendment was narrowly defeated in a vote. Convocation then moved to pass the unamended version of the motion 107 to 25, with 15 abstentions.

Despite being non-binding, Convocation’s endorsement of divestment is significant, as it marks yet another call from the university community to the administration to align the university’s investments with its values. In November, students from the Green Campus Initiative and Climate Action Project met with the Vice-Chancellor to hand over 500 signatures from academics and students calling for UCT to divest. 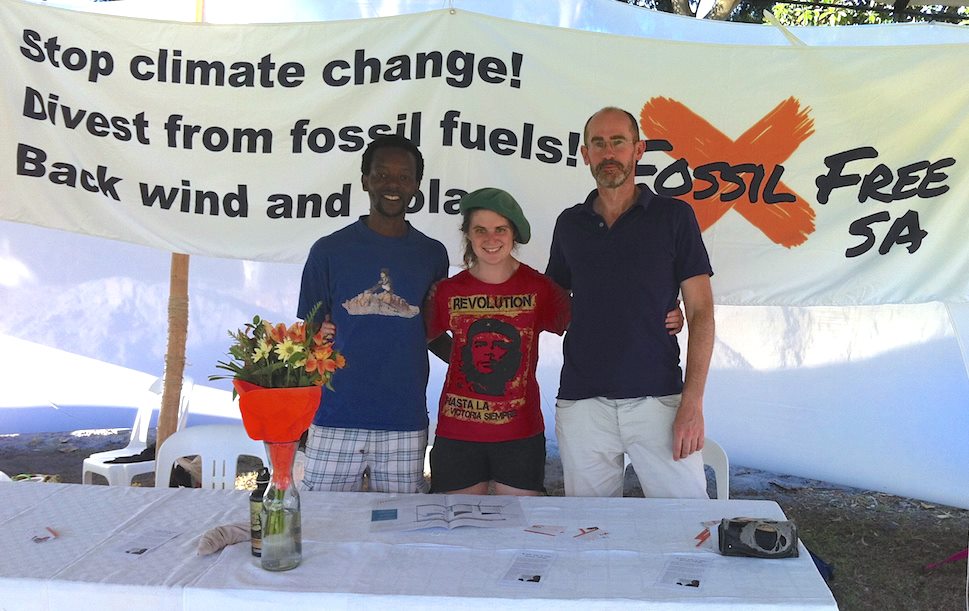 Concerns that divestment could reduce the university’s income from its investments should not be dismissed, but unless the university discloses the content of its actual portfolios in accord with best practice for public institutions, have not yet been substantiated either. Fossil Free UCT urges the university to move to full disclosure, in accord with the draft recommendations of its own Ethical Investment Task Team, as soon as possible, to allow for more informed discussion of the matter.
Full text of the divestment motion passed by the UCT Convocation on 28 February 2017

The United Nations has called climate change “the largest, most pervasive threat to the natural environment and human rights of our time.” But international commitments to reducing carbon emissions still fall far short of what is needed to limit dangerous climate change. This unprecedented danger to humanity has inspired a global ethical movement for divestment from fossil fuel companies. At the same time, current international commitments to reduce carbon emissions and rapid technological change have already led many fund managers to reconsider their investments in these potentially stranded assets, while a growing number of studies show that responsible investment portfolios typically offer returns on a par with or superior to, conventional investment portfolios. 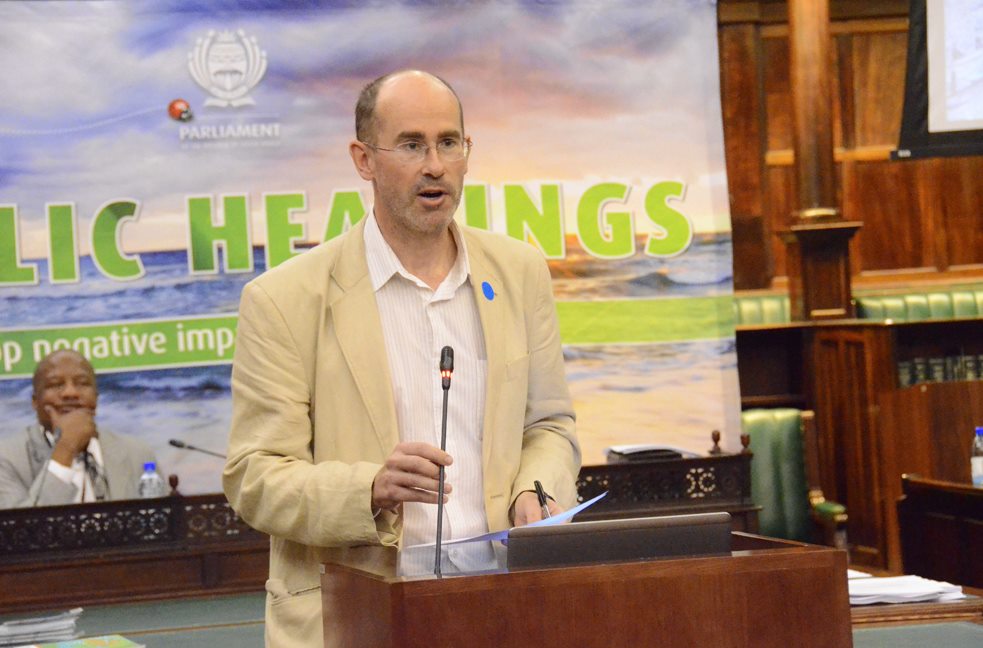 Fossil Free SA presents in Parliament: The Portfolio Committee on Environmental Affairs held a two-day public hearings process on climate change in October 2015. The Committee received more than 30 submissions from interested parties and stakeholders on South Africa’s position. The majority of the submissions recognised that the best way to decrease greenhouse gas emissions in South Africa is by stopping dependence of the country’s energy generation on coal resources. There was also a unanimous call for the country to move away from fossil fuel as a source of energy to renewables.

The global movement for divestment from fossil fuels on both ethical and prudential grounds now includes over 40 UK and US universities, cities of the stature of Copenhagen, Melbourne, Seattle and Oxford, and the total value of funds that have committed to various forms of divestment now approaches $5 trillion.

Over the past three years, close to five hundred staff, students and alumni have called on UCT to divest, a call that has the strong support of the Department of Environmental and Geographical Sciences, where the University’s climate change research is centred.

The University’s mission statement commits us to the values of engaged citizenship and social justice. In accord with those values, we now move that the University makes a binding public commitment to phase out, at the least, over no more than five years, all investments in fossil fuel companies listed in the Carbon Tracker Top 200, seeking where advisable alternative investments in renewable energy. We also urge action in making UCT’s own operations and infrastructure more sustainable and carbon neutral.