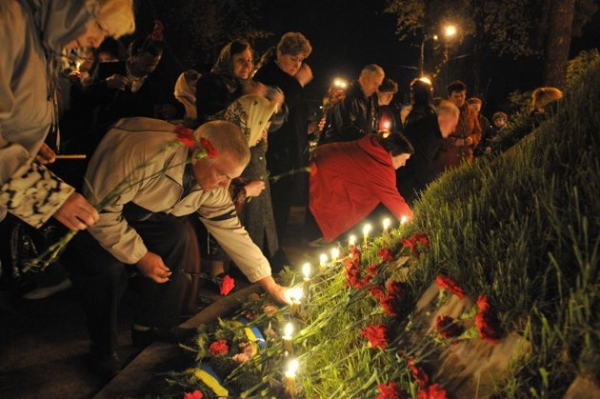 Ukraine’s president vowed Thursday that his country is committed to building a new, safer shelter over the damaged Chernobyl reactor as Ukrainians, Belarusians and Russians marked the 26th anniversary of the world’s worst nuclear disaster.

President Viktor Yanukovych was to take part in a ceremony inaugurating the initial assembly of a gigantic steel-arch to cover the remnants of the exploded reactor. The arch — weighing 20,000 tons and big enough to house New York’s Statue of Liberty — is due to be completed in 2015, when the delicate and dangerous job of dismantling the reactor and cleaning vast amounts of radioactive waste can begin.

The April 26, 1986, explosion spewed a cloud of radiation over much of the northern hemisphere, forcing hundreds of thousands of people from their homes in heavily hit areas of Ukraine, Belarus and western Russia. The Soviet government initially tried to cover up the explosion and resisted immediately evacuating nearby residents. It also failed to tell the public what happened or instruct people and cleanup workers how to protect against radiation, which significantly increased the health damage from the disaster.

A shelter called the “sarcophagus” was hastily erected over the damaged reactor, but it has been crumbling and leaking radiation in recent years and a new confinement is necessary.

Yanukovych said in a speech to the nation Thursday that 2 million people, including cleanup workers and children, have been hurt by the tragedy and it was the state’s obligation to protect and treat them. 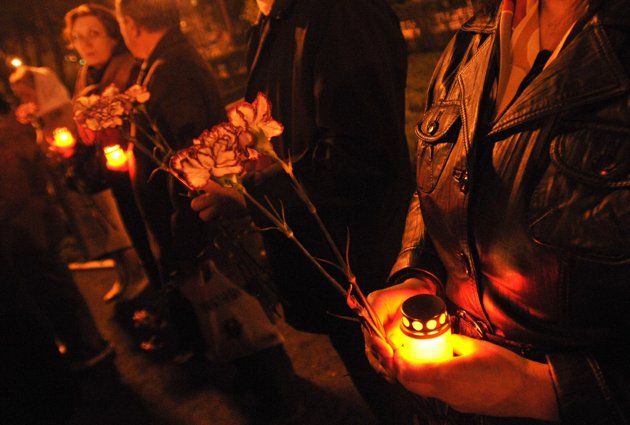 “Chernobyl still evokes pain and is remembered today,” Yanukovych said. “That is why we continue to take care of the safety of the shelter over the destroyed fourth reactor.”

But the reassurances fell flat with some Chernobyl clean-up workers and victims, with about 2,000 protesters staging an angry rally outside parliament, demanding an increase in compensations and pensions.

“In this undertaking Ukraine feels the friendly shoulder of the majority of countries in the world,” Yanukovych said in a statement.

Vince Novak, Director of the Nuclear Safety Department with the European Bank for Reconstruction and Development, which manages and co-funds the project praised Ukraine’s commitment to the project.

no margins for delay

“It is definitely important for the bank and for the donors to know that there is a strong commitment in Ukraine to do everything necessary to ensure that the Chernobyl project progresses well,” Novak told the Associated Press. “We have no room and margins for delay, for errors and for poor performance.

Novak said some 1,000 workers are now beginning to piece together the giant arch from special French-made steel on an assembly site some 200 meters (yards) away from the exploded reactor. After it is assembled in the coming months, workers will begin to lift it in order to slide it over the reactor and the contours of the new confinement should become visible by the year’s end.

Preparatory work has been under way since 2008 and included cleaning up the assembly site, replacing contaminated soil with new earth and then putting it in concrete, which now enables employees to work without special radiation protection.

Ukrainians hold candles and lay candles commemorating those that died in the Chernobyl disaster of 1986.