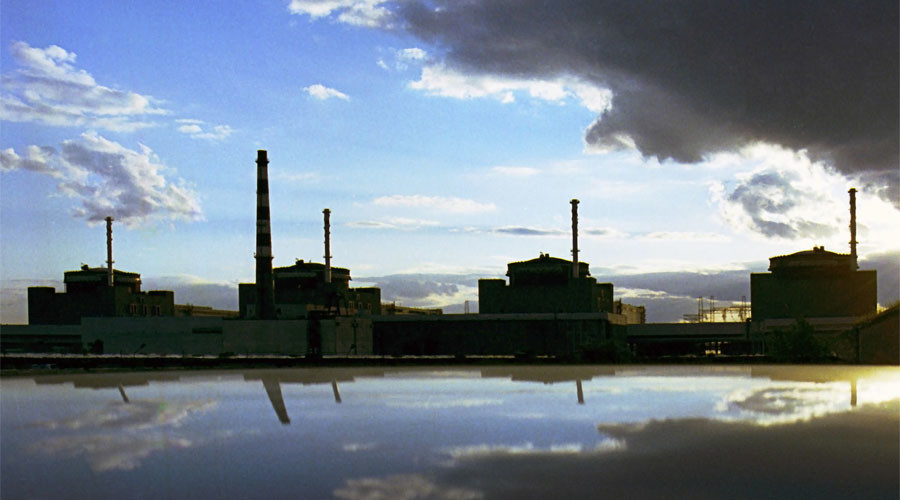 The Zaporozhye nuclear power plant was built in 1984. It is the largest in Europe and generates 1/5 of all Ukraine’s energy. Image: Falin/Sputnik

In an eerie reminder of a possible nuclear catastrophe, a senior Ukrainian energy official revealed that the attack on transmission towers that cut off the delivery of electricity from Ukraine to Crimea also created an emergency situation at nuclear power plants.

The apparent act of sabotage in Ukraine’s Kherson region forced an emergency power unloading at several Ukrainian nuclear power plants, which can be extremely dangerous, according to the first deputy director of Ukraine’s energy company Ukrenergo, Yuriy Katich.

Russia’s Crimea was forced to switch to autonomous reserve power after transmission towers in the adjacent Ukrainian region were blown up, causing a blackout. Meanwhile, the repairs were delayed by Right Sector and Crimean Tatar “activists” attempting to block crews from getting to the scene. None of the groups have accepted responsibility.

“All of these events have led to an additional emergency shutdown of the electrical network of two units at thermal power plants – the Dnieper and Uglegorskaya – and the emergency unloading by 500 MW of nuclear power plants in Ukraine. This includes Zaporozhskaya NPP and the South Ukrainian NPP. I want to stress that such emergency unloading of a nuclear plant – it is very dangerous,” 112. Ukraine online portal quoted Katich as saying.

Earlier Katich said that due to the damage to the electricity towers, there is a risk that 50 percent of Kherson and Nikolaev regions could also be left without power.

He added that repairs are likely take up to three or four days, under the condition that the crew gets access to the site.

So far, local media has reported that the so-called “activists,” including Right Sector militants, said they would let the repairs to be done only if they won’t be reconnecting “occupied” Crimea to the Ukrainian grid.

Crimea’s chief prosecutor, Natalia Poklonskaya, has called the blowing up of the transmission towers sabotage, which “has created a threat to lives and wellbeing of some 2 million people of various nationalities,” while a regional authority suggested qualifying it as “an act of terror.”

Late Saturday, Crimean authorities rushed to connect hospitals and other vital infrastructure to reserve power stations and generators after the four main transmission lines from Ukraine were cut off due to the collapse of four electricity towers.

The Crimean Emergencies Ministry has declared a state of emergency due to the complete power outage. Nearly 1.9 million people were left partly or fully without electricity.

Important public facilities and infrastructure have been wired up to reserve sources of energy.

Right now, all major Crimean cities are working on reserve energy supplies. However, due to a lack of power supplies, scheduled electricity and water outages have been introduced.