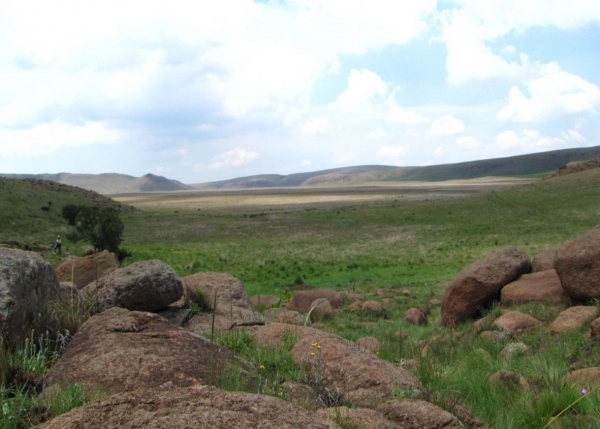 The Endangered Wildlife Trust (EWT) and World Wide Fund for Nature South Africa (WWF-SA) welcome the South African government’s recent decision to designate the uMgeni Vlei Nature Reserve as the country’s 21st Ramsar site. The Ramsar Convention (The Convention on Wetlands of International Importance, especially as Waterfowl Habitat) is an international treaty for the conservation and sustainable utilization of wetlands.

The reserve has been recognised as a wetland of international importance due to the significant biodiversity and ecosystem service value of this 958-hectare permanent wetland and grassland reserve. It is also home to the head waters of the economically important uMngeni River.

Tanya Smith, of EWT’s African Crane Conservation Programme, commented: “The upper uMngeni catchment, which includes uMgeni Vlei Nature Reserve, is a priority catchment for Wattled Crane and wetland conservation. The area is home to the second highest density of Wattled Crane breeding activity in the country, with approximately 13 of the country’s estimated 80 breeding pairs found in this quaternary catchment. Wattled Cranes are completely dependent on large permanent wetlands for breeding and foraging. The decline in South Africa’s wetland extent and functioning has been mirrored by the decline in Wattled Cranes across the country.”

South Africa has fewer than 260 Wattled Cranes left in the wild, with approximately 85% of the population found in the KwaZulu-Natal (KZN) midlands and the foothills of the Drakensberg. The criteria used to determine whether a wetland is of international importance and designated as a Ramsar site are largely related to the biodiversity value and condition of the wetland.

“It is increasingly understood that wetlands of high biodiversity value and richness tend to be in better functional condition. Therefore, they are better able to provide people with essential services, in particular clean water provisioning and flood prevention,” continued Smith.

WWF-SA is currently working in partnership with the KZN Biodiversity Stewardship Programme to expand the area around the uMgeni Vlei Nature Reserve under formal protection through biodiversity stewardship options. This initiative forms part of WWF’s engagement in the area, where the organisation is working, with partners, to promote better land and water management. This will help to ensure that the Upper uMngeni can continue to deliver multiple benefits to people downstream.

Innovative ways with water a must

Christine Colvin, senior manager of WWF-SA’s Freshwater Programmes, stated, “More than 4.5 million people live within the uMngeni river catchment, and it is estimated that more than 10% of the country’s GDP is generated within this catchment. The ability of this catchment to continue to supply water to an ever growing population will become increasingly difficult, especially in the face of climate change. South Africa needs to think innovatively about new ways of reducing water demand, improving water quality and increasing water availability outside of traditional engineering solutions if it wishes to sustain economic development for all.”

WWF-SA and EWT note that the declaration of the uMgeni Vlei Nature Reserve as a Ramsar site highlights government’s acknowledgement that the source of the uMngeni River is important. It is not only critical for our natural biodiversity heritage but also as a crucial water source for the people of KwaZulu-Natal and for the province’s economy.