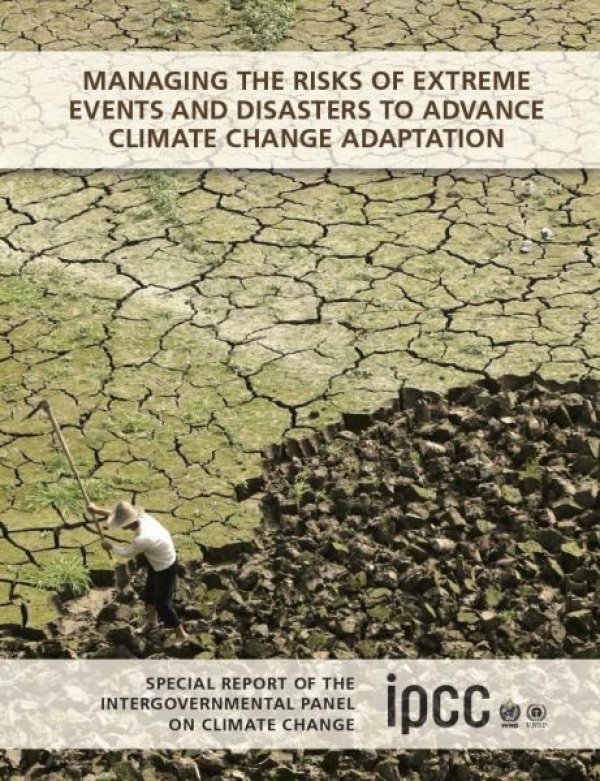 On Saturday March 31, the United Nations Office for Disaster Risk Reduction (UNISDR) welcomed the full publication of the Special Report of the Intergovernmental Panel on Climate Change (IPCC) on Managing the Risks of Extreme Events and Disasters to Advance Climate Change Adaptation (SREX), and said “it provides us with the impetus for action to save the world from the worst that climate change can bring to our planet in the coming years.”

Speaking at a launch event in Geneva, Helena Molin-Valdes, acting Director, UN Office for Disaster Risk Reduction (UNISDR), described the new report as the most comprehensive analysis yet of the interplay between the impacts of extreme weather and socio-economic vulnerability. She said its publication was well-timed for the debate on resilience and risk reduction in the run-up to the UN Sustainable Development Conference in Rio de Janeiro or Rio+20.

According to Molin-Valdes, “The report is the strong evidence needed to ensure that the nexus between poverty, disasters and climate change is understood loud and clear. It categorically tells us why and how management decisions and institutional capacities for early warning, risk assessments and improved surveillance as well as water supply are feasible solutions to avert the impending crises.

“The only way to effectively manage risk is with hard evidence. And UNISDR has struggled with lack of evidence for years, basing our arguments on anecdotal data. This is certainly not the best way to ascertain the causes of vulnerability.

“Today, we are extremely pleased, because this growing convergence of scientific research and data that is being provided by the IPCC, the UN Environmental Programme and the World Meteorological Organization is what we need to drive policy. Our mantra is Connect and Convince — well now we really can do this armed with this evidence.

We are increasing risk on a daily basis

“The SREX shows us how we can provide critical help to sustainable development through the combination of scientific findings and the application of appropriate policies. In light of all of this there is really no excuse for not ensuring that vulnerable populations become more resilient before extreme weather events strike.

“The sad fact is that we are a long way from a ‘climate smart’ world, a world where greenhouse gas emissions are reduced. Where are we? We are increasing risk on a daily basis. The theme for Rio +20 is ‘The Future We Want’. But really, this is not the future that is laid out for us in this Special Report. Sustainable development has to be about disaster proofing societies as an integral part of the future we want”, said Molin-Valdes.

Extra vulnerable at the tip of the Southern Hemisphere

According to the IPCC, in the last 50 years, evidence suggests that climate change has led to increases in extremes such as heat waves, record high temperatures, and high precipitation in many regions. “Climate extremes or even a series of non-extreme events, combined with social vulnerabilities and exposure to risks can produce climate-related disasters,” states the IPPC. Being at the tip of the Southern Hemisphere, we are extra vulnerable.

According to Chris Field, Co-Chair of the IPCC’s Working Group II, “The main message from the report is that we know enough to make good decisions about managing the risks of climate related disasters. Sometimes we take advantage of this knowledge, but many times we do not.”

Challenge to use knowledge for good decisions

While acknowledging that some extreme weather and climate events may or may not lead to disasters, the report stresses the importance of having policies in place to avoid, prepare for, respond and recover from disasters if these events are to be effectively reduced and the resilience of people increased.

According to the SREX there is evidence on increases in greenhouse gases which have likely caused changes in some types of extremes. Since 1950, for example, extreme hot days and heavy precipitation have become more common, while more frequent hot days are projected throughout the 21st century. There will be more heavy rainstorms this century and increases in the intense rains that occur every 20 years. Droughts will intensify in the Mediterranean, central Europe, southern United States, Northeast Brazil and southern Africa.

The report recommends that risk assessment now needs to include:

Furthermore, it calls for risk assessments to be multidimensional and informed by socio-economic, environmental and institutional factors.

We must act now or face consequences

Last year the Organization for Economic Cooperation and Development (OECD) in its report “Environmental Outlook to 2050”, warned that global greenhouse gas emissions are continuing to increase and that “The world is heading for irreversible and potential catastrophic climate change.” The report categorically stated, “We must act now or face the consequences”.

Last week’s “Planet Under Pressure” conference in London heard that urban emissions are forecast to grow to 36.5 billion metric tonnes by 2030 if no action is taken, from 25 billion in 2010 and 15 billion in 1990.
Few cities have yet to follow the example of Vancouver in Canada which sources 90 percent of its energy from renewable sources like wind, solar and tidal energy and has developed a 100-year sustainability plan.

Read about the work group given in Stellenbosch by Climate Report writers here.

Watch the SREX overview video “In Harm’s Way” below: