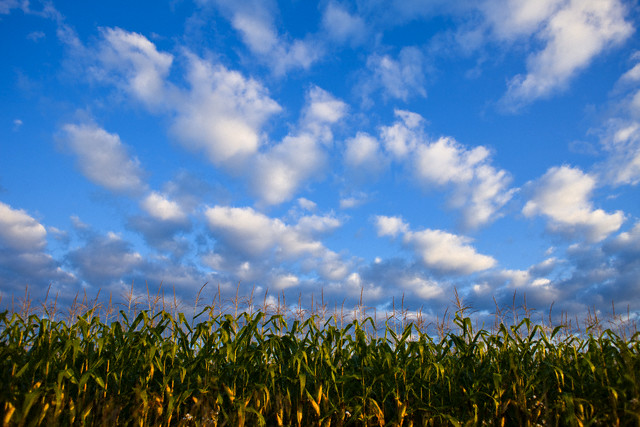 Speaking during the release of the IPCC’s Fifth Assessment Report (AR5) in Yokohama, a panel of the world’s most eminent climate scientists presented their review of climate studies from around the world. Their conclusions were alarming, highlighting the devastating impacts of climate change on the world’s food systems, and the urgent need for governments to begin the work of adaptation in earnest.

When asked about projected food yields, the panellists indicated that the “green revolution” model of agriculture, which uses chemical fertilisers, pesticides and corporate-owned seeds and requires large amounts of water, is likely to fail in the face of temperature extremes and changing rainfall patterns.

“It’s now becoming evident that the so-called ‘green revolution’ has probably reached a plateau,” said Rajenda Pachauri, the IPCC chair. Pachauri went on to explain how the green revolution is unlikely to benefit the hundreds of millions of farmers dependent on rain-fed agriculture in India, Africa and Latin America.

As a result of the green revolution “Global food production may have increased,” added Michel Jarraud of the World Meteorological Organisation and one of the report’s lead authors “but this has come at the expense of vulnerability.”

“All the ingredients are there for a new food crisis,” Jarraud concluded.

Chemical fertilisers and pesticides have been shown to weaken soil health and reduce its ability to store water in the face of droughts or floods.

In the decades since the green revolution was introduced in the 1960s, global seed diversity has rapidly disappeared, as corporations have transformed farmers from savers and breeders of seed, to customers of just a few hybrid varieties bred to require high levels of fertiliser, pesticides and water.

“The green revolution is a recipe for disaster in the face of climate change. With farming systems facing unpredictable rainfall patterns and extremes of temperature, farmers need to enhance their seed diversity more than ever, to increase the chances of producing food in these unstable conditions.”

“It is these small farmers who still provide 70% of the food we eat using 30 % of the land. And it is these diversity-based farming systems which build up soil and maximize food production to feed people, not commodity markets” said Liz Hosken, director of The Gaia Foundation.

“But the green revolution entices farmers to abandon their locally adapted and diverse seed varieties, and to become dependent on corporations based thousands of miles away. Pachauri and his IPCC colleagues are essentially acknowledging that we rely on the agribusiness sector at our peril as climate extremes become the norm.”

“This is a clear signal that the green revolution is a dead-end, and that tried and tested agro-ecological approaches to farming must be prioritised,” adds Teresa Anderson, The Gaia Foundation’s international advocacy co-ordinator.

“It is urgent that we rebuild soil health and increase seed diversity for effective adaptation in an increasingly unstable climate.”

1) The Press Conference of the IPCC Report can be viewed here: http://www.ipcc.ch/news_and_events/press_information.shtml

2) The report has been produced by the IPCC’s Working Group 2, and covers the issues of impacts, adaptation and vulnerability. The report by WG1 covering the physical science of climate change was released in September 2013. The report by WG3 will cover issues of mitigation and will come out later this year.

3) A summary of the IPCC’s predicted impacts of climate change on food can be viewed here: http://climatejusticecampaign.org/images/ipcc/DCJ_Food_and_Climate_Change.pdf

4) The Gaia Foundation’s report “Seeds for Life: scaling up agrobiodiversity” explains the importance of seed diversity to adaptation and farming, and the negative impacts of the green revolution in greater detail: http://www.gaiafoundation.org/sites/default/files/seedsforlifereport.pdf