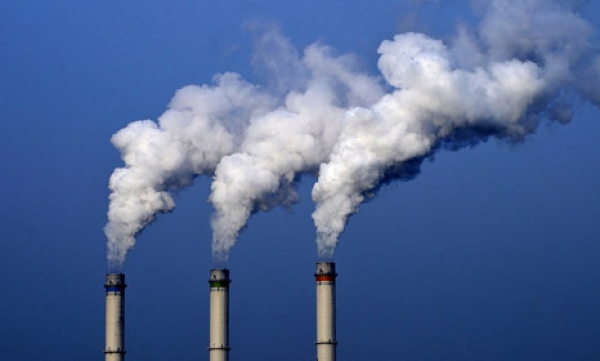 The UN’s landmark climate science report is likely to set a figure on the amount of fossil fuels that can be burnt if global warming is to be limited to safe levels.

It could warn that less than a quarter of the planet’s oil, coal and gas reserves can be consumed between now and 2050, and set a worldwide ‘carbon emission budget’.

Previous studies have indicated that the world has already used a third of this budget it needs to stay within to avoid warming of more than 2°C. Scientists say rises about this level are likely to be dangerous.

“For the first time ever scientists will say to governments there is a budget of greenhouse gases that you can emit over the next century, beyond which you cannot go if you want to have a reasonable change of avoiding 2°C,” said Bob Ward, Policy and Communications chief at the Grantham Institute of the London School of Economics.

The Intergovernmental Panel on Climate Change’s (IPCC) Fifth Assessment Report (AR5) will be published in Stockholm today, amid intense speculation and intrigue.

The final ‘Summary for Policymakers’ will have to be vetted by representatives from the world’s governments before it can be released, meaning the document carries political weight.

Ward, who has seen drafts of the report, believes this explicit warning to governments could prove its most enduring legacy: “That is the most important part. You can get into discussion about the science, but it has been clear for a fairly long time.”

Malte Meinshausen from the Potsdam Institute for Climate Impact Research, lead author of a 2009 study into the planet’s carbon budget, warned it could be exhausted in under 20 years if emission levels remain constant.

“Only a fast switch away from fossil fuels will give us a reasonable chance to avoid considerable warming,” he said at the study’s launch. “We shouldn’t forget that a 2°C global mean warming would take us far beyond the natural temperature variations that life on Earth has experienced since we humans have been around.”

Researchers at the Carbon Tracker Initiative say fossil fuel companies are creating a ‘carbon bubble’ of unusable goods. They say that by 2011 the world had used over a third of its 50-year carbon budget of 886Gt CO2, leaving 565Gt CO2.

Climate ambition turns up the pressure

The publication of a global carbon budget is likely to raise the pressure on governments to discuss specific emission reduction quotas at the November round of UN climate talks in Warsaw.

In 2011 governments agreed to work towards a legally binding climate change deal in 2015. Progress has been slow, with increasingly fierce debates over who is responsible for making the largest cuts in pollution.

Halldór Thorgeirsson said he hoped the IPCC report would strengthen the case for action from governments.

“They will also need to be ready to be held accountable for the delivery on their obligations,” he added.

PwC sustainability expert Celine Herweijer says some businesses are already running scenarios to gauge how levels of warming above 2°C could affect their viability.

Supermarkets, insurers, the tourism industry and major agricultural operators are currently working with PwC to put a figure on the risks to their investments and supply chains. Even major oil companies are now exploring how sea level rises and increasing incidences of extreme weather events will affect their deep sea oil and gas drilling rigs, she said.

“If we have unmanaged climate change we’re actually talking about business surviving,” Herweijer added. “Impacts beyond 2°C will be difficult for society and business to adapt to.”