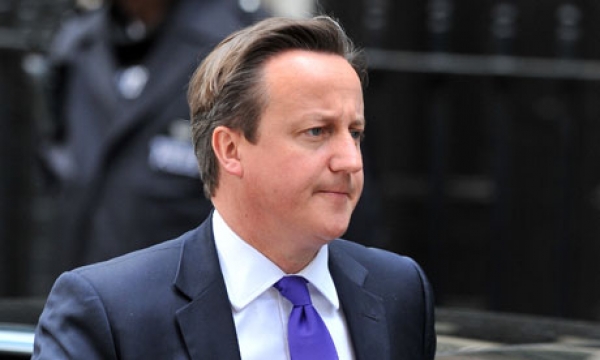 As the world nears the 2015 deadline for meeting the eight Millennium Development Goals (MDG) agreed to by all the world’s countries and all the world’s leading development institutions, a United Nations panel chaired by UK prime minister, David Cameron (photographed), calls for an end to extreme poverty by 2030.

This ambitious target goes far beyond that set by the MDG, with panellists expressing the view that wiping out extreme poverty (defined as people earning less than US$1.25 a day) ‘can be done’. Added Value South Africa’s Camilla Howson explores how brands can, in partnership with government and NGOs, help uplift the world’s poorest people.

In 2002, when the MDG were agreed to, the goal with respect to living standards was to halve the number of people living in extreme poverty by 2015.  There has been significant progress since then with half a billion fewer people living below the poverty line.

A clear roadmap to tackling poverty

However, it is believed that more can, and should, be done. Cameron’s UN panel calls for extreme poverty to be ended for good by 2030 and sets out a clear roadmap to do so, principally by tackling the underlying causes of poverty.

The question must be asked if the eradication of poverty is the sole responsibility of government or do the world’s citizens – businesses, brand custodians and even consumers – have a role to play.

Unilever is one business that answered in the positive.

Working through its Domestos brand, it has taken up the challenge to improve the health and well-being of those in need. Partnering with UNICEF, it has developed a sustainable programme that improves access to basic sanitation while promoting good hygiene practices and raising awareness of the sanitation crisis.

5% of proceeds go to underpriveleged

By contributing 5% of average proceeds from the sale of specially marked bottles of Domestos to UNICEF’s Community Approaches to Total Sanitation (CATS) programme, the first year of implementation has resulted in an estimated 600 000 people living in open defecation-free communities in Gambia, Ghana, Nicaragua, Nigeria, Pakistan, Philippines, South Sudan, Sudan and Vietnam.

But that is not where it ends. Education, training and community involvement are also key components of the campaign.

Vietnam has seen 600 community and local government workers trained on how to implement community- and school-led sanitation programmes. In Sudan, some 200 village committee members now operate and maintain sanitation and water facilities, and in Gambia 150 local masons have been trained on latrine slab construction.

That’s Unilever’s performance on the ‘do good’ level, and it is quite impressive. But, where Unilever has really hit the mark, by tying the campaign back to Domestos’ brand purpose, is on the branding level.

“This is part of our brand contribution to improving health, and is a natural progression from our heritage of protecting families from germs for over 80 years,” said Jen Laurent-Ingles, Global Brands Vice President Household Care, Unilever.

Another company to have stood up and answered ‘yes’ is Coca Cola.

This global organisation has seen value in helping to create thriving and sustainable communities, and is partnering with women as the key accelerators of economic growth.

Coca Cola believes that small businesses grow livelihoods, and investing in capabilities training for women has a ripple effect on the wider community. Its 5by20 campaign sets out to enable the economic empowerment of 5 million female entrepreneurs by 2020.

By developing and implementing programmes to break down the barriers to success women face as small business entrepreneurs, they hope to create thriving communities in over 200 countries.

The initiative talks to all aspects of the value chain: from book-keeping, pricing and merchandising skills development workshops for store owners in the Philippines to crop efficiency training for farmers in Kenya and Uganda. It is designed as a win-win for women, communities and the Coca Cola business system.

“Working with and investing in women is one of the most powerful ways to spur sustainable economic growth and development,” said Muhtar Kent, Chairman and CEO of The Coca-Cola Company. “I’m excited by the progress we’re making toward our goal to empower 5 million women. We are transforming lives and communities, making a profound and lasting impact on global issues and also growing our business.”

This idea of fostering growth in communities in which an organisation trades makes perfect business sense, and Microsoft is another brand that appreciates this.

Through its Shape the Future campaign, and in partnership with the relevant government authorities, it is helping to modernise teacher training in Guatemala.

Guatemala had developed a digital strategy for bringing technology into the classroom. This called for pairing every child in the public school system with a computer by 2012. But, one the biggest stumbling blocks to achieving this was the teachers themselves.

On the one hand, less than 20% of teachers in Guatemala owned a computer. On the other, given children’s seemingly innate ability to grasp technology, teachers felt they knew less than their pupils and were uncomfortable bringing computers into the classroom.

The partnership between Microsoft and the Ministry of Education revolved around the fact that the government was prepared to fund 75% of the value of the computers, the balance being paid off by teachers over three years at approximately US$10 per month. This has enabled 8 out of every 10 teachers in Guatemala to buy computers, and a total of 85 000 computers were delivered to their homes in just six months.

The success of the project lies beyond simply providing the technology. In a holistic approach, one-hour basic computer training was required before shipment and additional training software and applications relevant to teacher training were installed on each machine. In addition, helping to tackle Guatemala’s policy of decentralised teacher training, self-learning courses and teaching materials were distributed via the web.

With Microsoft’s help, Guatemala is certainly well on schedule to building a knowledge-based society.

Fight Poverty writes that poverty has many causes, some of them very basic. Some suggest it is simply a matter of too many people, too few jobs, and not enough food. Others agree that causes and effects of poverty interact, so that what makes people poor also creates conditions that keep them poor:

The three campaigns and businesses highlighted above have certainly acted within MDG guidelines – that is, they’ve tackled one or two of the underlying causes of poverty. And, they’ve done it is a way that is sustainable on many levels, including ensuring there is spin-off for their brand.

Equally important is that they have partnered with public sector entities. While brands certainly can, and in many cases do, have an impact on the communities in which they operate, public/private partners appear to unlock the greatest opportunities to make a real and lasting differenence to society.