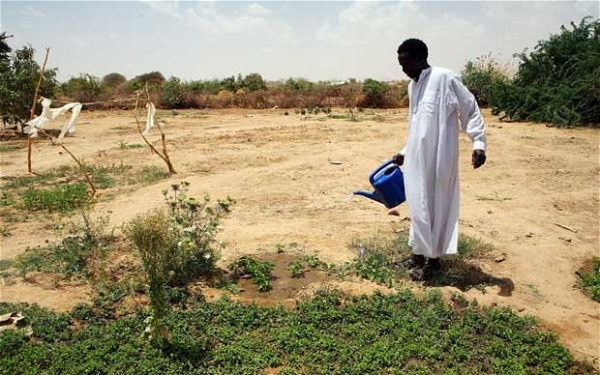 They call it the “underground forest”, and it has proved, literally, to be an answer to prayer, both for one young Australian and for countless people living in one of the hungriest corners of the planet. For it has enabled millions of hectares of severely degraded land to produce good harvests, spurring a grassroots agricultural revolution that – almost unnoticed by the outside world – is spreading across West Africa’s Sahel.

The revolution – and similar, largely unpublicised, developments around the globe – offers hope of reversing perhaps the world’s most alarming environmental crisis: land degradation costs at least 30 billion tons of priceless topsoil and deprives farmers of an area three times the size of Switzerland every year. And it represents one of the best ways of combating climate change and preventing conflict.

The story starts with Tony Rinaudo – a young Australian missionary in the Maradi region of Niger in the early 1980s – who tried to ease the suffering of the people in an area where desperately poor farmers could sow crops up to four or five times a year only for them to be smothered by drifts of sand. Time and time again he planted trees to stabilise the soil, retain water from the occasional rains and provide shade for crops. Every time they died.

Weeds not so useless after all

One day he gazed despairingly out on the unforgiving desert, wondering: “How many saplings, how many people, how many millions of dollars would I need for this?”

Driven to prayer, he says, he “saw for the first time what had been there all along. Seemingly useless small bushes scattered over the dry land, which we had despised as weeds, were actually the outward signs of a vast underground forest.”

The bushes turned out to be clusters of shoots from the buried stumps of long-felled trees, whose root systems still drew water and nutrients from far beneath the arid soil. The shoots could never grow much before being cut or eaten by livestock, but when Rinaudo pruned them down to a single stem and kept the animals away, they shot up into substantial trees within four years.

As the trees grew, so did crops. And as local farmers began reaping good harvests, neighbours and visitors followed suit. Now, two decades later, some 200 million trees have been regenerated in this way, covering five million hectares of Maradi and the neighbouring region of Zinder, enabling the growing of enough extra grain to feed two-and-a-half million people.

Nor is this all. Satellite images have shown that the same technique has been used successfully over 485,000 hectares of next-door Mali. And it is known to have spread to Senegal and the Niger regions of Tahoua and Dosso, though no one has had the resources to quantify it.

This was only one of the success stories that emerged at a conference in Switzerland this week on land restoration. Counter-intuitive techniques developed by Allan Savory, a Zimbabwean farmer and biologist, are successfully revitalising 15 million hectares of degraded land on five continents, by grazing livestock very intensively on small areas for short periods: their dung and the grass they trample enrich the soil, mimicking the natural practices of the once-vast herds of gnu or American bison.

Farmers converting to organic agriculture in Mashonaland, Zimbabwe, have boosted their annual incomes from $50 to $900 in a single year. Some 400 sand dams, built across rivers in East Africa and India, have enabled 97 per cent of farmers to increase production. And the revival of traditional water-harvesting techniques in Marwar – “the land of death” – in Rajasthan’s Thar Desert, has enabled enough fodder to be grown to support a million cattle.

Besides increasing harvests and reducing poverty, all this helps combat climate change. The Sahel’s regenerated trees can take 30 tonnes of carbon dioxide out of the atmosphere per hectare, while Savory believes that such intensive grazing on just half the world’s available land could return concentrations to pre-industrial levels.

Just as importantly, it addresses the main cause of the 80 per cent of the world’s conflicts that occur in the drylands, as the degradation forces nomadic herds on to land occupied by farmers’ crops –and at a time of rapid population growth. Expanding productive land is the best way to ease this and, indeed, the number of conflicts in Niger has fallen by four-fifths in those areas where trees have been allowed to regenerate.

Rinaudo – who now works internationally for World Vision – still finds that previously “hopeless” people “dance and sing” when they discover the underground forest, and how they can “change their lives, and the world, with a pruning knife”.

By Geoffrey Lean. Source: The Telegraph