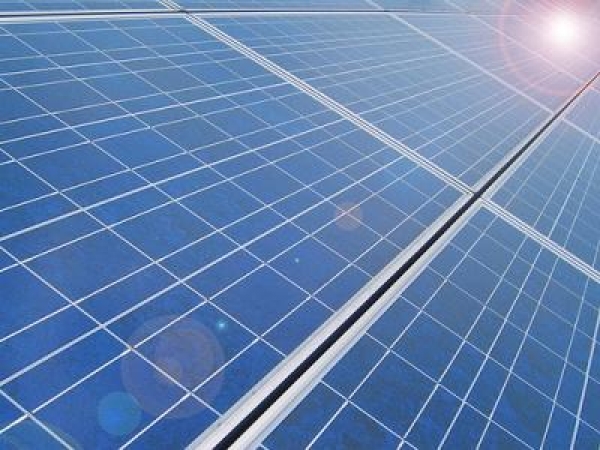 Harnessing the inexhaustible power of the sun to generate electricity where there is none, is what IBC Solar is about. But first we need to understand the different possible applications of solar energy for our society. How does it all work?

Generation of electricity from the sun.

Reflective dishes generating heat which is converted into electricity on a mass basis.

As fossil fuels are non-renewable, limited in supply and fast depleting. Therefore it is becoming more vital to find alternative energy sources. If one had to compare South Africa’s solar usage and knowledge to a country like Germany, it’s evident that we have some catching up to do. If only we properly understood the advantages of such a renewable energy source, perhaps South Africa would be more willing to invest in it.

The first problem that seems to arise is the fallacy on what solar power is. Solar water heating is not solar power. You might argue that it creates power to heat the water, and that would make sense if you had limited knowledge on solar power. But as a country we need to know better.

So what is solar power then? It literally means the generation of electricity from the sun. 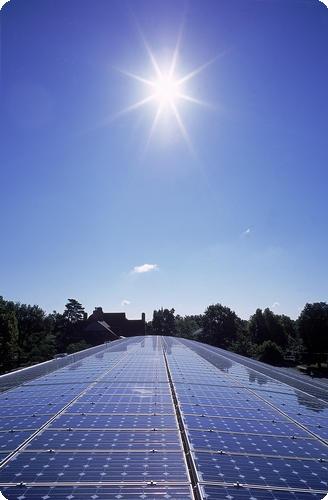 These are alternative energy solutions both On-Grid and Off-Grid. An example of an Off-Grid solution would be:Solar modules that convert light directly into direct current (dc). This can be stored in a battery and retrieved when it is needed to operate electrical consumers. The charge regulator ensures optimum battery charging. Dc consumers such as 12 V energy saving lamps are connected directly to the charge regulator. If Alternating current (ac) are used an inverter is needed to generate Vac from the battery voltage.

So these are solar panels, with positive and negative connection points, with cells soldered together with wiring to provide or generate electricity to power lights, a fridge, a TV etc.

The amount you will be able to power will depend on the size of your solar panel.

If you were using 2 of these 200 W solar panels you would be able to power all the above applications for double that time, and so forth.

For an off-grid solution, the smallest solar panel available is 10 W and the biggest is 200 W.

In other words, you are putting electricity back into the public grid when you are not using any energy. When you need energy you can simply draw it back from the grid. You you are rewarded (usually with incentives) for using On-Grid systems.

CSP generates electricity by converting heat. Concentrated solar power systems use lenses or mirrors to focus a large area of sunlight onto a small area. Electrical power is produced when the concentrated light is directed onto photovoltaic surfaces or used to heat a transfer fluid for a conventional power plant.

Solar water heating uses reflective strips to heat water and does not generate ANY electricity and therefore cannot be referred to as solar power.

Having a solar water heating system does not mean you are generating renewable energy, as you cannot power any electrical appliance with it. 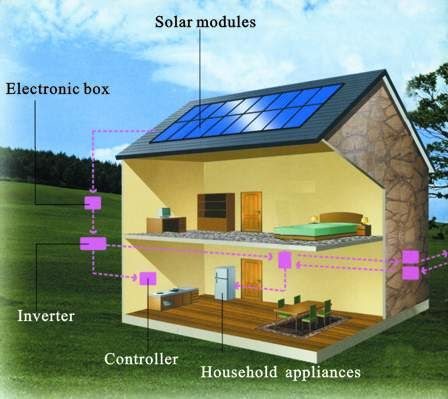 South Africa has on average 2 500 hours of sunshine every year. We therefore have the perfect climate for Solar Panels to generate not only water heating, but also power.

South Africa’s solar radiation output is over twice that of Europe – making it one of the highest in the world. It is our most readily accessible resource available.

So solar power has great potential in South Africa. In 2008 only 0,2% of the world’s total energy supply was solar power. It is estimated that use has been doubling every two years. At this rate solar power which has the potential to supply over 1 000 times the total consumption of energy would become the dominant energy source within a few decades.

IBC Solar South Africa realises this potential and the benefits. They have the knowledge required to go forward, and want to share it with everybody. IBC Solar is the market leader in the field of PV/Renewable energy.

When you consider the existing problems South Africa faces and the long term savings of the solutions, it is difficult to understand why anybody would not want to invest in renewable energy. South Africans have suffered from poor energy efficient housing. Low-cost housing is particularly poor for saving energy, resulting in high levels of wasted energy especially in winter. The result is harmful levels of air pollution in townships, due mainly to the different solutions for heating and cooling. Research has shown that if low-cost housing can be fitted with solar panels, then fuel savings of as much as 65% could be made.

This makes solar energy for homes an environmental and financial success. Solar energy costs are predicted to drop, with the rising costs of utilities and fuel.