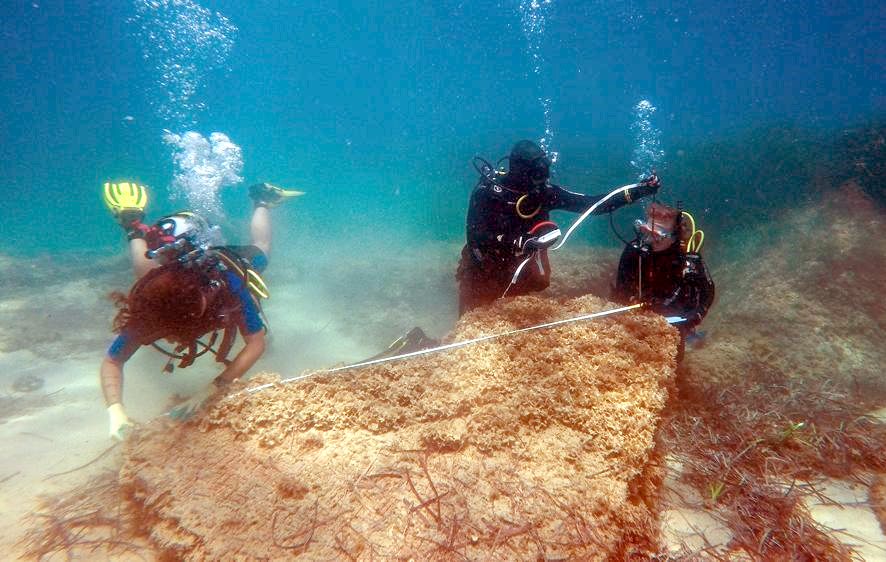 A joint Tunisian-Italian archaeological mission has been looking for evidence of Neapolis since 2010. Image: National Heritage Institute Tunisia/University of Sassari

A vast 1,700 year old Roman settlement has been discovered off the coast of Tunisia after several years of archaeological exploration in search of the ancient city of Neapolis.

Neapolis is believed to have been submerged after a tsunami in the 4th century AD destroyed most of it, as recorded by Roman soldier and historian Ammien Marcellin. The natural disaster also badly damaged Alexandria in modern Egypt and the Greek island of Crete.

Very little has been recorded about the city because the citizens of Neapolis sided with Carthage rather than Rome during the Third Punic War in 149–146 BC, which ultimately destroyed the rival civilisation and brought its territory under Roman control.

There are so few references to Neapolis over an extended period of Roman literature it is thought the city was punished for its allegiances.

A joint Tunisian-Italian archaeological mission has been looking for evidence of Neapolis since 2010. Their work was finally rewarded after good weather conditions this summer allowed divers in Nabeul to glimpse the more than 20 hectares site for the first time in centuries.

The team not only found streets and monuments showing the city’s sophistication and wealth, but 100 tanks which were used to make garum, a fish-based fermented condiment which was a delicacy in the ancient Roman world, the AFP said.

“This discovery has allowed us to establish with certainty that Neapolis was a major centre for the manufacture of garum and salt fish, probably the largest centre in the Roman world,” Mr Fantar added.

“Probably the notables of Neapolis owed their fortune to garum.”

Founded by the Phoenicians in the 9th Century BC in what is now modern Tunisia, the ancient civilisation of Carthage developed into a great trading empire. Over the course of the three Punic Wars with Rome, its power was eventually weakened and ultimately submitted to Roman control in the 2nd Century AD.

A second Roman Carthage was built over the ruins of the first.