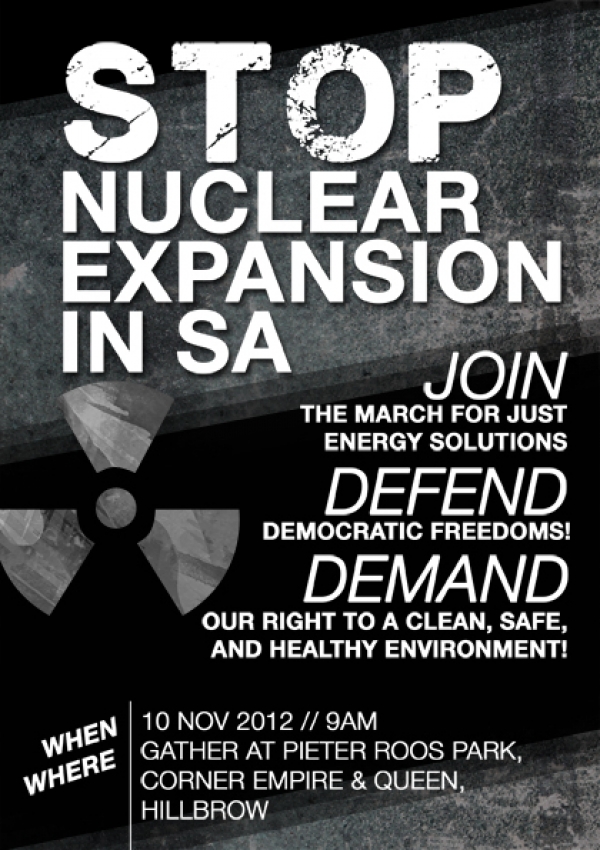 Earthlife Africa-Jhb, Greenpeace Africa, Ceasefire, Peace and justice and SA Council of Churches are among several unions and community organsiations that will take part in a major march on Saturday 10 of November to voice their opposition to South Africa’s nuclear expansion.

The civil society organisations will hand over a memorandum to the department of Energy demanding that South Africa halts its nuclear expansion plans. The alliance is also asking government to:

Who: Earthlife Africa-Jhb, Greenpeace Africa, Ceasefire, SA Council of Churches, Peace and Justice, along with anyone wants to join.

March for a just energy solution!