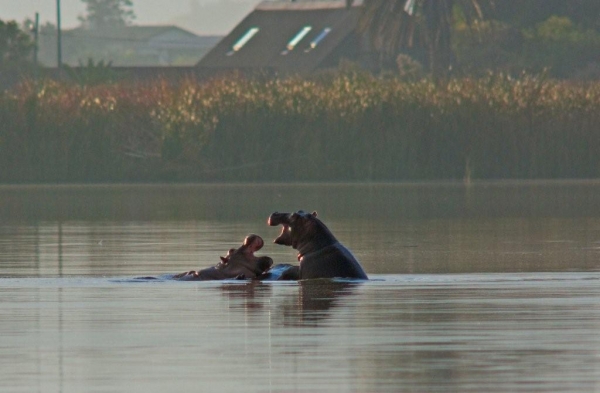 Two male hippo’s are still loose in the vicinity of the False Bay Nature Reserve. The City of Cape Town is urging residents to “exercise caution”.

The younger hippo is still in the Strandfontein Birding Area (the pans of the Wastewater Treatment Works), where electrified fences have been erected around certain pans to contain it. It is possible that the larger male, because it is part of the herd in Rondevlei, could try to escape and enter the Zeekoevlei.

Members of the public visiting the Strandfontein Birding Area and residents and visitors to the Zeekoevlei should therefore please exercise caution until the City’s conservation staff can capture both animals.

If residents encounter either of these hippos in the interim, they should not approach or hinder their movements under any circumstances. While there may be considerable interest in these hippos and though hippos may even seem placid, they are wild animals. Any members of the public who attempt to go near a hippo are placing not only themselves, but the hippo at risk because the City will need to take action if a hippo is provoked to attack. 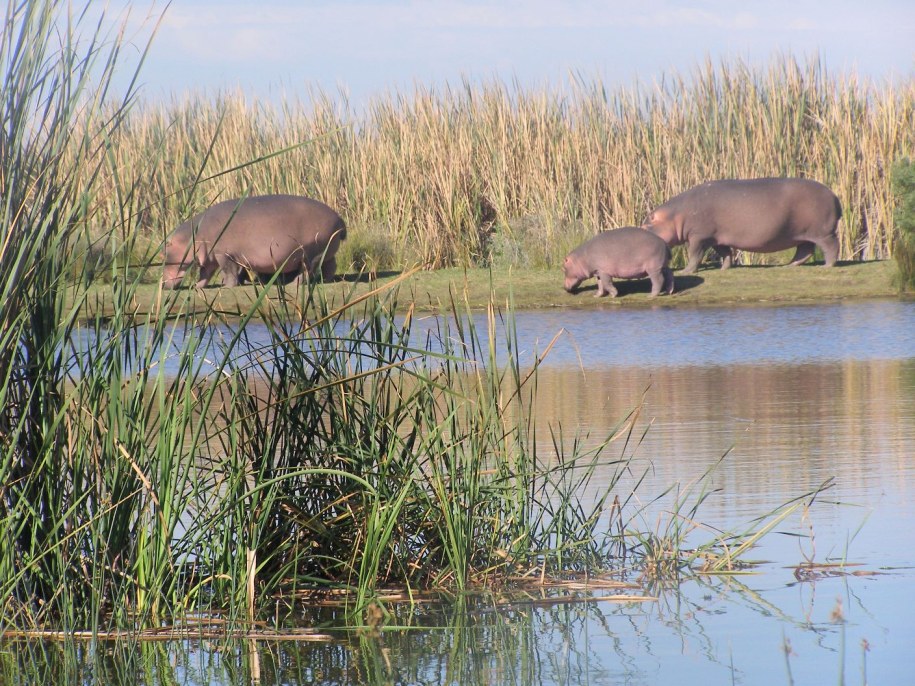 Members of the public are therefore asked to heed the following advice:

The False Bay Nature Reserve, one of 30 natures reserves and natural areas managed by the City of Cape Town, consists of Rondevlei, Zeekoevlei, the Strandfontein Birding Area, Pelican Park and the Zandwolf coastal strip.

There are six hippos in the False Bay Nature Reserve, which constitute the only population of this species in the greater Cape Town area. Their presence is a major attraction for visitors to the nature reserve. Hippos once occurred naturally in areas like Zeekoevlei, but had all been killed by the early 1700s. The species is presently listed internationally as vulnerable to extinction, with large numbers having been hunted in Africa during the past few decades.