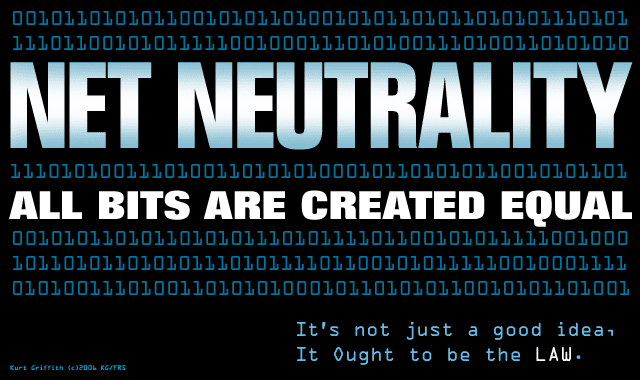 Is the protection of the internet from corporate domination important to you? Last week the news broke in the US that the Federal Communications Commission (FCC) took a new decision to end net neutrality.

Here is the story by watchdog.net on the recent decisions by the FCC – the US regulator of interstate and international communications by television, radio, wire, satellite and cable in all 50 states, the District of Columbia and US Territories.  Please see the link below if you would like to sign the petition.

Three months ago, Watchdog (and other activists) delivered a petition with a million signatures to the FCC in support of net neutrality — to keep the whole Internet available to everyone.

On receiving those 1 million signatures in January, the FCC chairman said (awkwardly): “One of the great things about what the Internet does and why it needs to stay open, it enables people to organize and express themselves. A million people? That’s boffo.”

Chairman Wheeler apparently thought a pat on the head would satisfy the internet users. It certainly will not. They don’t want empty rhetoric — but a commitment to the democratic principle of net neutrality.

Now Wheeler, a former cable lobbyist, revealed proposed new rules — drafted by himself — that would end net neutrality! Big corporations would pay for faster delivery of their content, making it difficult for smaller operations to compete.

Tell Chairman Wheeler and the rest of the Federal Communications Commission: we want action for democratic media, not platitudes as smokescreens for corporate domination of the Internet.

PETITION TO FCC: No fake fixes or half-measures! Save the open Internet by restoring Net Neutrality right away. Let’s support them and keep this from happening locally too.