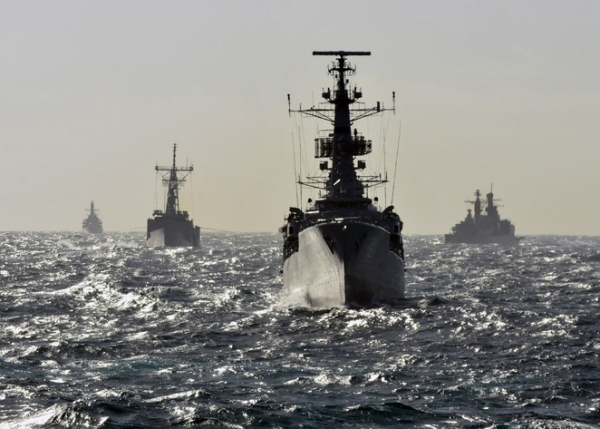 Over the next five years, the U.S. Navy plans to conduct a series of training exercises in coastal waters resutling in “significant impact” on marine life as a result of the use of underwater explosives and sonar. These “war games” are intended to improve military readiness in the event of a real conflict.

The Navy Times reports that training with live munitions is scheduled to take place from 2014 to 2019 in the waters off of the East Coast, Southern California, Hawaii, and in the Gulf of Mexico. During that period, the Navy estimates that a significant impact on marine life will result from these exercises, primarily from the use of underwater explosives and sonar.

An environmental impact report was released recently, summarized here by the Associated Press:

Off the East Coast, there could be 11,267 serious injuries and 1.89 million minor injuries such as temporary hearing loss. The reports also said the testing and training might cause marine mammals to change their behavior — such as swimming in a different direction — in 20 million instances.

Off Hawaii and Southern California, the reports said the naval activities may cause 2,039 serious injuries, 1.86 million temporary injuries and 7.7 million instances of behavioral change.

The US National Marine Fisheries Service (NMFS) – the federal agency charged with protecting whales and dolphins – gave the US Navy a series of permits that will allow the deaths of nearly 350 whales and dolphins from explosions, sonar, and collisions with ships during future military exercises. 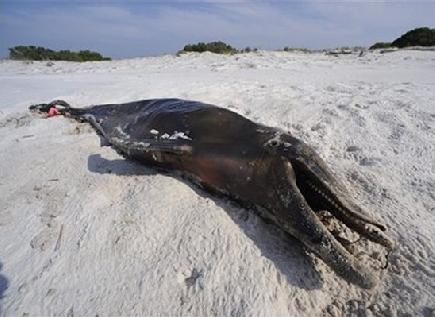 It’s the largest authorization of these levels of harm since such authorizations have been required under the US Marine Mammal Protection Act (MMPA). The Navy’s mid-frequency sonar has been implicated in mass strandings of whales and dolphins across the globe.

In 2000, 14 beaked whales and several other marine mammals stranded themselves in the Bahamas in response to U.S. Navy vessels operating offshore mid-frequency sonar. Further investigations revealed bleeding around the whale’s ears and brains.

Sonar and the explosions created by underwater detonations are deadly to marine mammals. The injuries are painful and death may come slowly as injured and disoriented dolphins and whales flounder for days or weeks in the ocean eventually stranding or dying at sea:

“Many of these beached whales have suffered physical trauma, including bleeding around the brain, ears and other tissues and large bubbles in their organs.

These symptoms are akin to a severe case of “the bends” – the illness that can kill scuba divers who surface quickly from deep water. Scientists believe that the mid-frequency sonar blasts may drive certain whales to change their dive patterns in ways their bodies cannot handle, causing debilitating and even fatal injuries”.