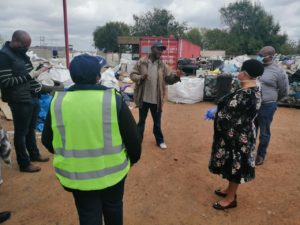 Waste pickers who have not been able to work since the Covid-19 lockdown will have something to keep their hunger at bay after receiving 240 food vouchers.

The national PET plastic recycling body PETCO and the South African Waste Pickers Association (SAWPA) donated the vouchers to the families from Vaalpark in Sasolburg.

The recipients of the vouchers belong to the Ikageng Ditamating Co-operative who prior to the lockdown worked at the Vaalpark landfill site, collecting recyclables from Vaalpark households. They were responsible for sorting recyclable materials, baling them, then selling them to recyclers who re-process the recyclate.

“Due to the Covid-19 lockdown and the exclusion of recycling as an essential service for health and safety reasons, these co-operative members and many other reclaimers in the vicinity are experiencing extreme hardship with no source of income,” said PETCO CEO Cheri Scholtz.

The co-operative had also been instrumental in assisting fellow reclaimers in forming and registering their own co-operatives, and working with them to sort recyclate at the Vaalpark landfill, said Scholtz. 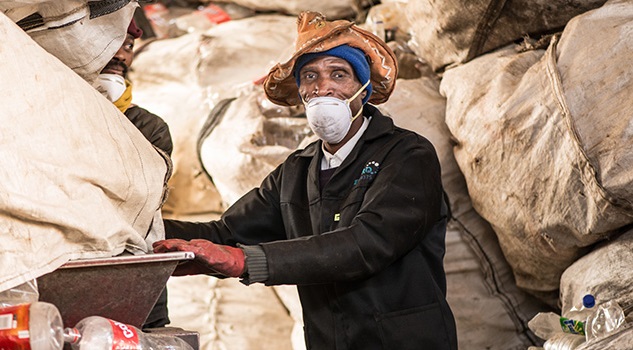 “This donation (made on 9 April) is one of many that industry is co-ordinating under the umbrella of Packaging South Africa and the Department of Environmental Affairs,” she said.

The Vaalpark separation at source recycling project – which sees recyclable materials collected from households around the Vaalpark residential area – was officially launched in 2014 with co-ordination and involvement from many players in the paper and packaging industry and local government, as well as SAWPA. This followed three years of planning, preparation and resource mobilisation, Scholtz said.

“PETCO has been instrumental in supporting the project by training the co-operative members and providing equipment, including a baler and ten bakkie cages which have been placed at different locations such as shopping centres and schools. 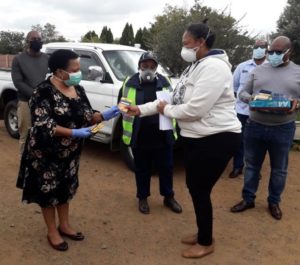 “The cages are picked up with the bakkie once they are full and they are offloaded at the operational site. They have built strong relationships with the households and have an estimated 2,800 households who voluntary participate in their recycling programme by either putting their bins out on designated days or dropping recyclables as well as white goods – which they repair and sell off or sponsor to poor people in the community – at the recycling site.”

SAWPA chairman, Simon Mbatha, said the donations would help alleviate some of the hardships being experienced by reclaimers.

“I believe working together we can all find a solution for a waste management system in the country that will alleviate poverty for all the people who work in the waste value chain,” said Mbatha.