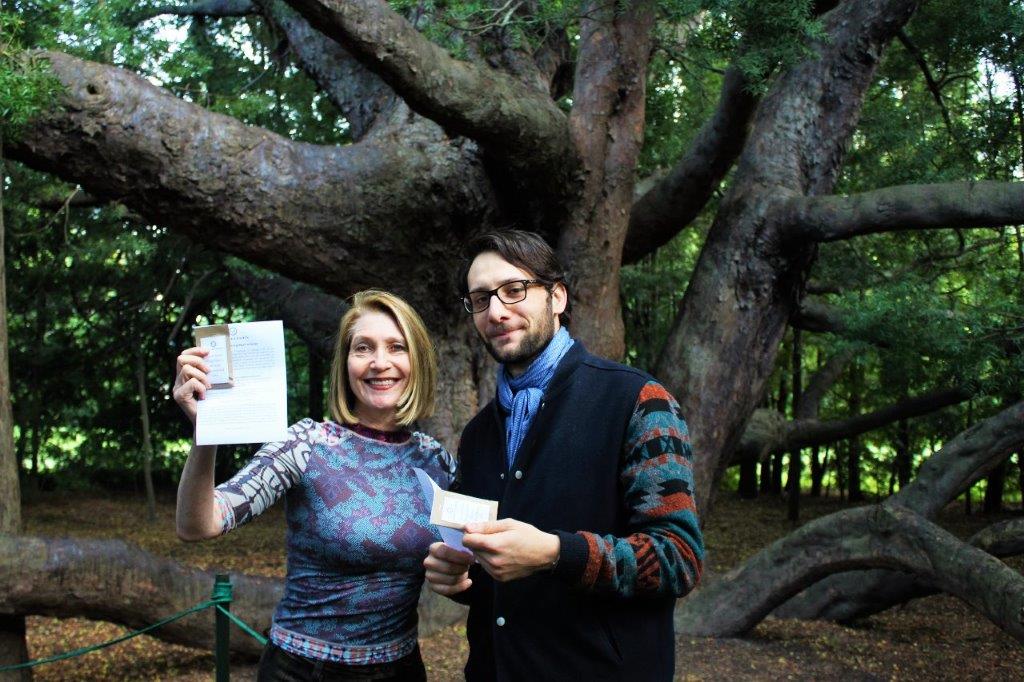 3.Visitors Belinda and Nicholas Leontsinis, with their packets of yellowwood seeds, at the site of the mother tree.

South Africa celebrated Arbor Week during the first week of September, and Vergelegen Estate in Somerset West  continued its tradition of offering visitors free seeds from its ancient Outeniqua Yellowwood.

Vergelegen’s arboreal specimen of Podocarpaceae, the country’s national tree, is estimated to be 150-400 years old. Some 500 packets of seeds are sourced from it every year.

The 316-year-old estate’s horticulturist, Richard Arm, says this task is made easier by resident fruit bats, which nibble at the seeds and help remove the skin that prohibits germination. The bats also tend to drop the seeds in certain areas of the garden, making collection easier.

“This fast-growing tree with its elegant shape is certainly a tree for all seasons and all gardens,” he said. “It is an excellent container plant and can also be decorated and used as an indoor Christmas tree.”

Acquired by Anglo American in 1987, the estate is regarded as one of South Africa’s top three heritage sites and is open to the public.  Based on international best practice, the goal is to preserve and restore the farm’s many features (from heritage buildings to rare indigenous vegetation) as a South African showcase. 1.The Outeniqua yellowwood at Vergelegen is believed to be 150-400 years old.

“Our arboreal treasures form part of this holistic approach, as we are the custodians of some of the country’s oldest, largest and most historically significant trees,” said Vergelegen MD Don Tooth. “During Arbor Week, we take the opportunity to help raise awareness of the value of trees, and encourage visitors to plant them.”

Prime arboreal specimens on the farm include five enormous camphor trees (Cinnamomum Camphora) in front of the gracious homestead. Planted by former Cape governor and Vergelegen  owner Willem Adriaan van der Stel  between 1700 and 1706, they were proclaimed national monuments in 1942 and should live for another 150-200 years.

A hollow old English oak, about 300 years old, is believed to be the oldest living oak in Africa. The estate boasts a total of about 15 oak varieties, and launched an oak arboretum in 2012.

Visitors can also view an ancient specimen of white mulberry (Morus Alba) that is the only surviving relic of van der Stel’s attempt to start a silk industry at the Cape. There is also a Royal oak, planted when the estate was owned by Sir Lionel and Lady Florence Phillips. It was sourced from one of the last of King Alfred’s mediaeval oaks at Blenheim Palace in Oxfordshire. 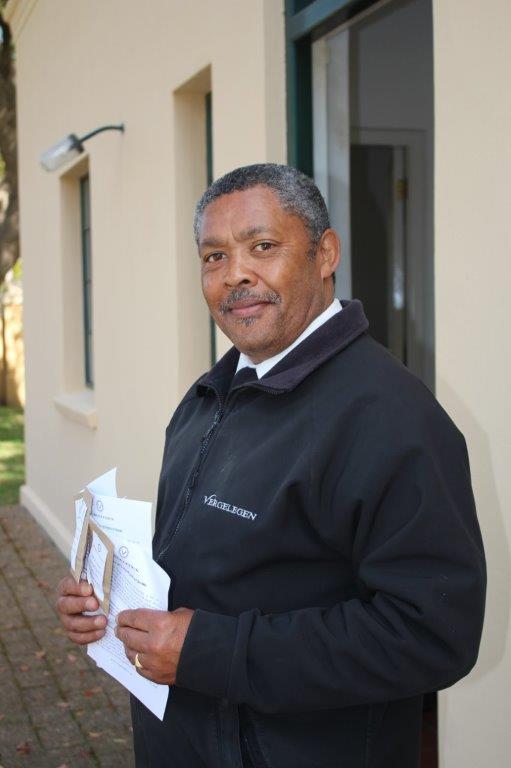 Other attractions include numerous decades-old camellia trees that comprise part of South Africa’s first and only International Camellia Garden of Excellence – one of only 39 such gardens in the world, and the only one in Africa.

To ensure that Vergelegen’s magnificent trees remain in top-top condition, one of South Africa’s premier tree health management specialists, Dr Jolanda Roux (Professor at the Forestry and Agricultural Biotechnology Institute, University of Pretoria) makes an annual visit to check on these venerable specimens.