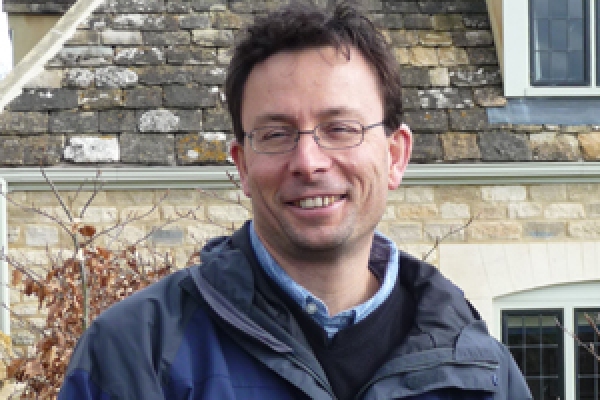 We have entered the Anthropocene Epoch, where human influence will leave marks on this planet that may be comparable to an Ice Age. Professor Mark New (pictured) opened his inaugural lecture as Pro Vice Chancellor for Climate Change and Director of the African Climate and Development initiative at UCT with a grim outline of the picture the research data is sketching.

His topic, “Squaring the Circle? Climate Change, Development, Sustainability” delivered no surprises, but I was struck by the sheer volume of evidence that is now available to support the climate change conclusions. Professor New comes from an unusually broad base of academic knowledge and practical experience providing him with skills that straddle several disciplines.

The recent impact of human activity (said to have started with the industrial revolution) is responsible for global environmental changes sufficient to leave distinctive and significant signals that are forming today and will continue forming in the future. 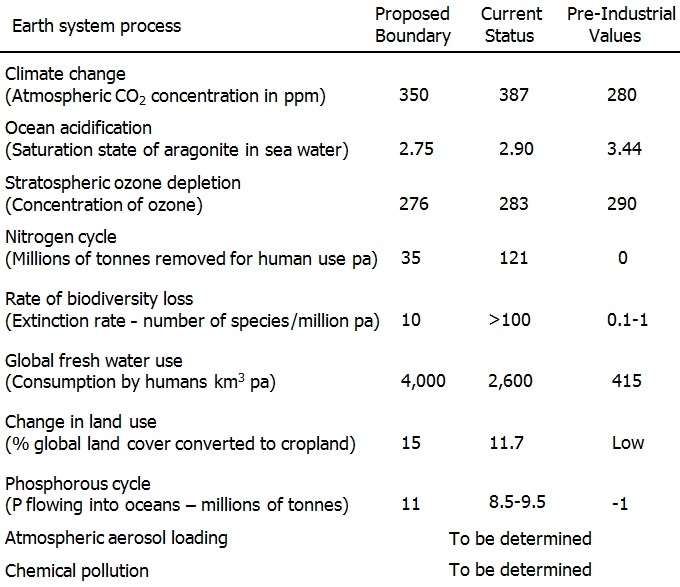 Three of these boundaries have already been transgressed:

Living in excess is dangerous to all

Humanity had already in the 1970s passed the point where we were consuming natural resources as fast as they could be replenished and emitting as much waste as one planet could absorb. We are currently at a level in excess of what 1.3 planets can support.

Climate change will affect the various regions of the world in different ways:

Professor New used statistical graphs to show that natural weather related disasters are on the increase since 1980. Rural people who depend on the natural environment for their survival are unable to build up resilience due to the constant climate related shocks.

Capacity budget gives us a 50/50 chance

In the climate change time frame our biosphere has a “capacity budget” of around a trillion tons of CO2. If we can remain within that budget we have a 50/50 chance of limiting global warming to 2oC. Industrial activity since the mid-18th century has pushed us past the 500 million ton mark earlier in the current decade. The rate has been accelerating and on current trends, the next 500 million will be burnt sometime between the next 20-40 years.

The ideal CO2 emissions profile, to stay within the carbon budget, is a global peak by 2015 and then a 3% reduction every year from 2016. If we peak in 2020, then a considerably larger reduction of 8% pa will be required.

How hot before we change?

Africa is becoming the continent with the highest rate of population growth. The population reached 1 billion in 2000 and is expected to pass the 2 billion mark by 2050. If growth continues at the current rate, the number could reach 3 billion by the end of the century. This is going to create serious water stress in the region. The demand for water is a far greater driver of water shortages than climate change. Africa has to follow a different path to most emerging economies.

“Improved efficiencies (such as eliminating the 30% wastage in the food production system) would take care of as much as 1/3rd of the world’s CO2 problems.” Said Professor New.

Shifting energy systems would be another significant contributor to reducing emissions.

The American model of “consume and discard” needs to be replaced with a culture of reuse and recycle as the natural world can no longer produce the resources or absorb the waste products of human activity at current levels.

Clean energy would also need to be used to assist technology to repair the environment.

We need to overcome the socio-political inertia and realise that we are not ‘victims’ of the problem but ‘producers’ of the problem. We need to face the tough challenge of significantly changing the way our society operates.

After listening to a world authority it appears there is little doubt, right now, that humans play a significant role in the future of this planet. No other species in the earth’s history has altered the earth to the same extent as we have. What will it take for those of us responsible for most of the damage to wake up to what we are doing?