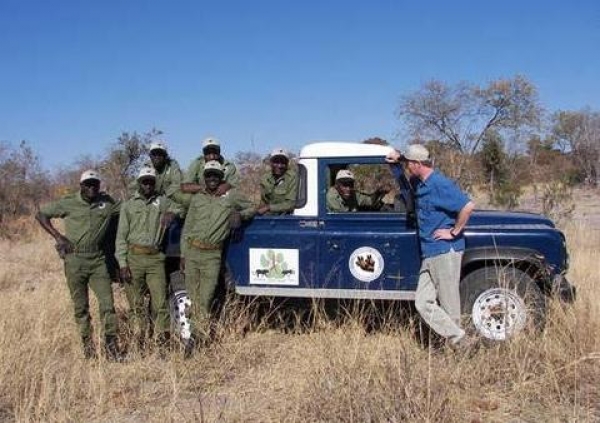 This year’s Indaba Travel Trade Show held in Durban from the 8th to the 11th May proved that anyone can raise the much-needed funds for the Victoria Falls Anti Poaching Unit. SATIB Risk Solutions chose VFAPU as the conservation effort and their fundraising efforts yielded a very healthy ZAR34 600 injection into the conservation organisation.

As many are becoming aware, the poaching situation in Zimbabwe is dire as a result of bush-meat trade and commercial poaching.

VFAPU founder, Charles Brightman of Discover Safaris says that, ‘The end to poaching in Victoria Falls would depend on the political and economic situation in Zimbabwe improving. Until such time, we will continue in our efforts to deter poaching in our region by patrolling our 50 square kilometer operational area on a daily basis. We are out there 7 days a week and our presence is being felt. The fact that we removed 394 snares and apprehended 436 poachers in 2009 makes us feel that we are definitely making a difference.’

This unit has been actively working against poaching in the Victoria Falls region of Zimbabwe for the last decade. In that time, they have removed and destroyed over 19 000 wire snares in the bush. The unit has also darted and treated over 120 mammals injured by snares. 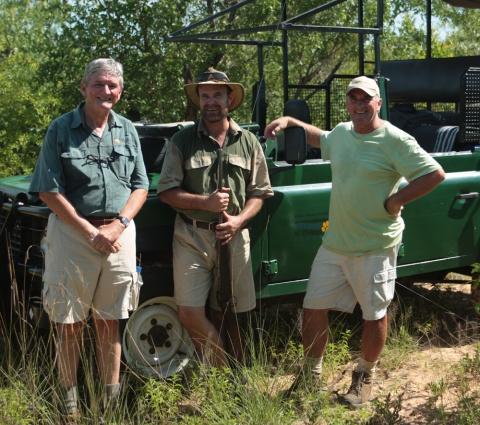 Brightman is a local safari operator and conservationist, who together with the Victoria Falls Safari Lodge established the VFAPU in January 1999. The unit works in close co-operation and with the support of the Zimbabwe National Parks and Wildlife Management Authority and the Zimbabwe Republic Police. This collaborative effort serves as a good example of what can be achieved by working together. Having started with just 3 scouts, the unit now employs 18 permanent and extremely dedicated scouts. While the main objective of the unit is to remove snares and apprehend poachers, the unit is also heavily involved in spreading the conservation message to communities in the area.

Brightman says, ‘Whilst there have been some more losses of a number of species of wildlife in recent weeks, there have also been some very successful operations. A total of 8 poachers were arrested and 2 of them have already been sentenced to 18 months in prison whilst the rest of them await their sentence in remand. We have successfully darted and treated an injured buffalo cow and released her back into the wild. So far this year, we have removed 112 snares from the bush and have darted 15 mammals.’ 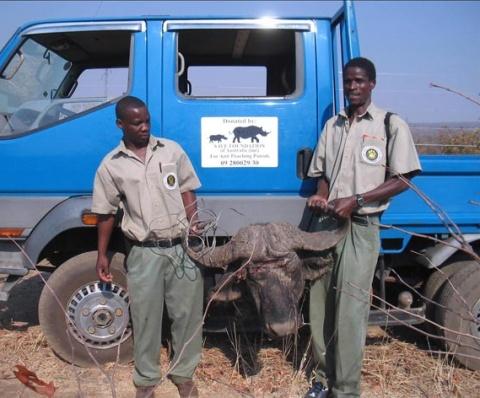 VFAPU is a cause that is close to the heart of Brian Courtenay, the founder of SATIB Risk Solutions and continued support of VFAPU is central to the company’s conservation efforts. In 2010, SATIB undertook to partner with VFAPU to raise the US$80 000 needed for the unit’s ongoing operations. SATIB designed and sponsored the printing of a hard-hitting A5 brochure, which highlights in graphic detail the horror of poaching.

Together with a pledge form in the brochure, SATIB has also sponsored 500 metal cast lapel badges for the unit to sell for ZAR100 each as part of their fund raising drive at Indaba 2010. To date, 246 badges have been sold, raising ZAR24 600 for VFAPU. A painting by Larry Norton was also auctioned at the annual SATIB Indaba Joe Cool’s party and SATIB Botswana’s Seamus O’Neill snapped up the painting for ZAR10 000.

Courtenay says, ‘There is no denying that subsistence and commercial poaching have taken a massive toll on Zimbabwe’s wildlife populations. It is a harsh reality we cannot hide from. However we have to continue to make a stand. It is only with the support of various stakeholders such as corporate companies, lodges and hotels that this unit has been able to achieve the success it has.’

Brightman adds, ‘The general situation on the ground would be far worse if the unit was not able to conduct its anti-poaching operations. The support the VFAPU receives is so important because it means we are able to continue this vital work.’