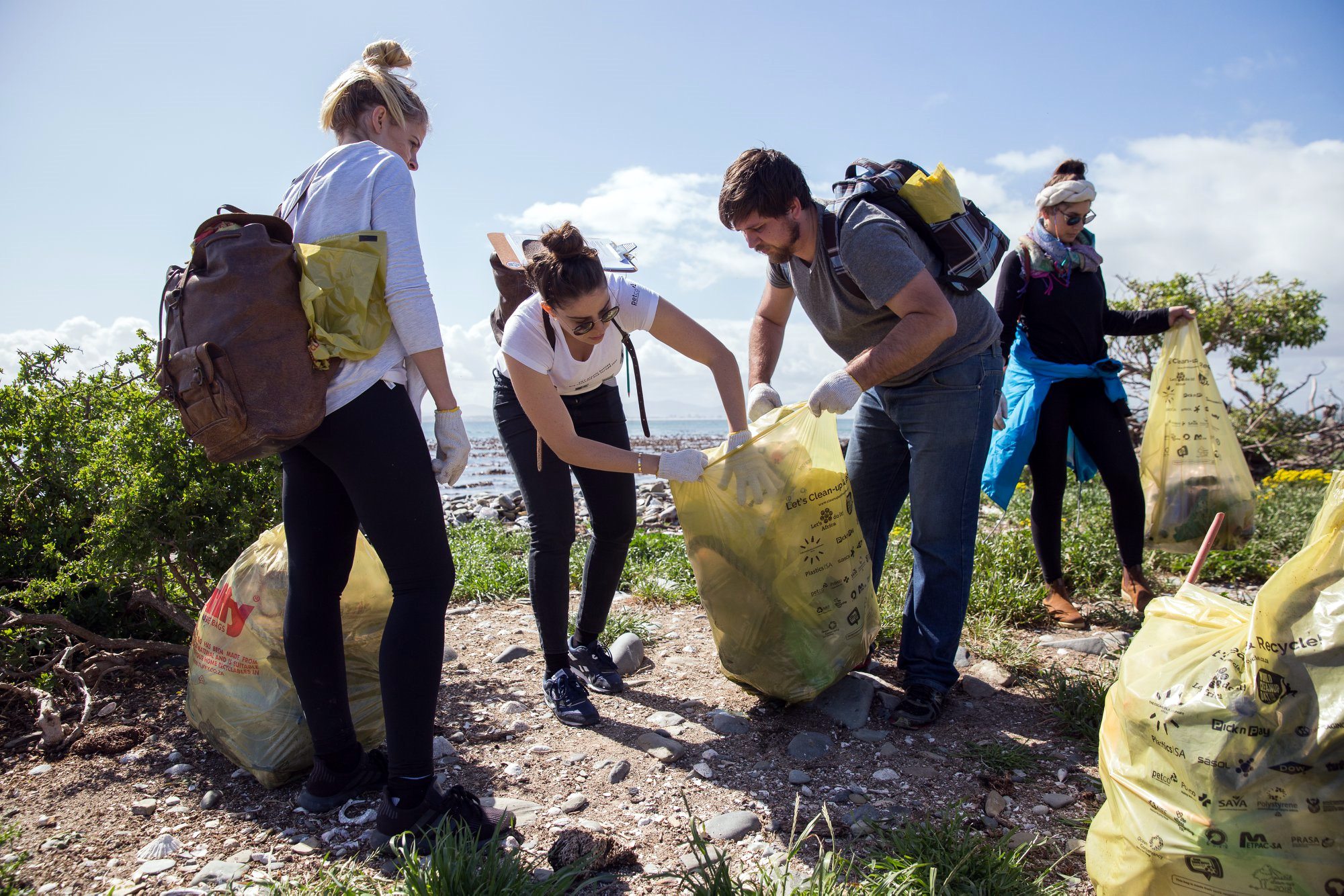 One of South Africa’s most famous landmarks, Robben Island, was freed from some of its waste burden as more than 100 volunteers, guided by the national PET Recycling Company (PETCO) and Plastics SA, embarked on the island’s biggest ever waste collection drive.

The tourist attraction and World Heritage Site, which draws over 300 000 visitors annually, is plagued by visitor litter as well as waste from passing ships and land-based sources – the latter washing into Cape Town’s stormwater drains and rivers, and ultimately Table Bay.

The event, in honour of World Clean-Up Day in September, comes amid continued warnings from researchers that that litter is growing faster than the human population. In Cape Town, the amount of litter washing up on the city’s beaches increased by 300 per cent between 1994 and 2012 alone.

According to University of Cape Town researcher Professor Peter Ryan, an expert on beach litter along SA’s coastline, roughly 10 times more litter washes ashore at Milnerton than at Koeberg, indicating the importance of local, mainly land-based sources of litter within the bay.

“We don’t have much evidence of direct impacts [of litter] on the island’s wildlife. There are records of birds being entangled in litter [on Robben Island], including an endangered Bank Cormorant chick,” said Ryan. 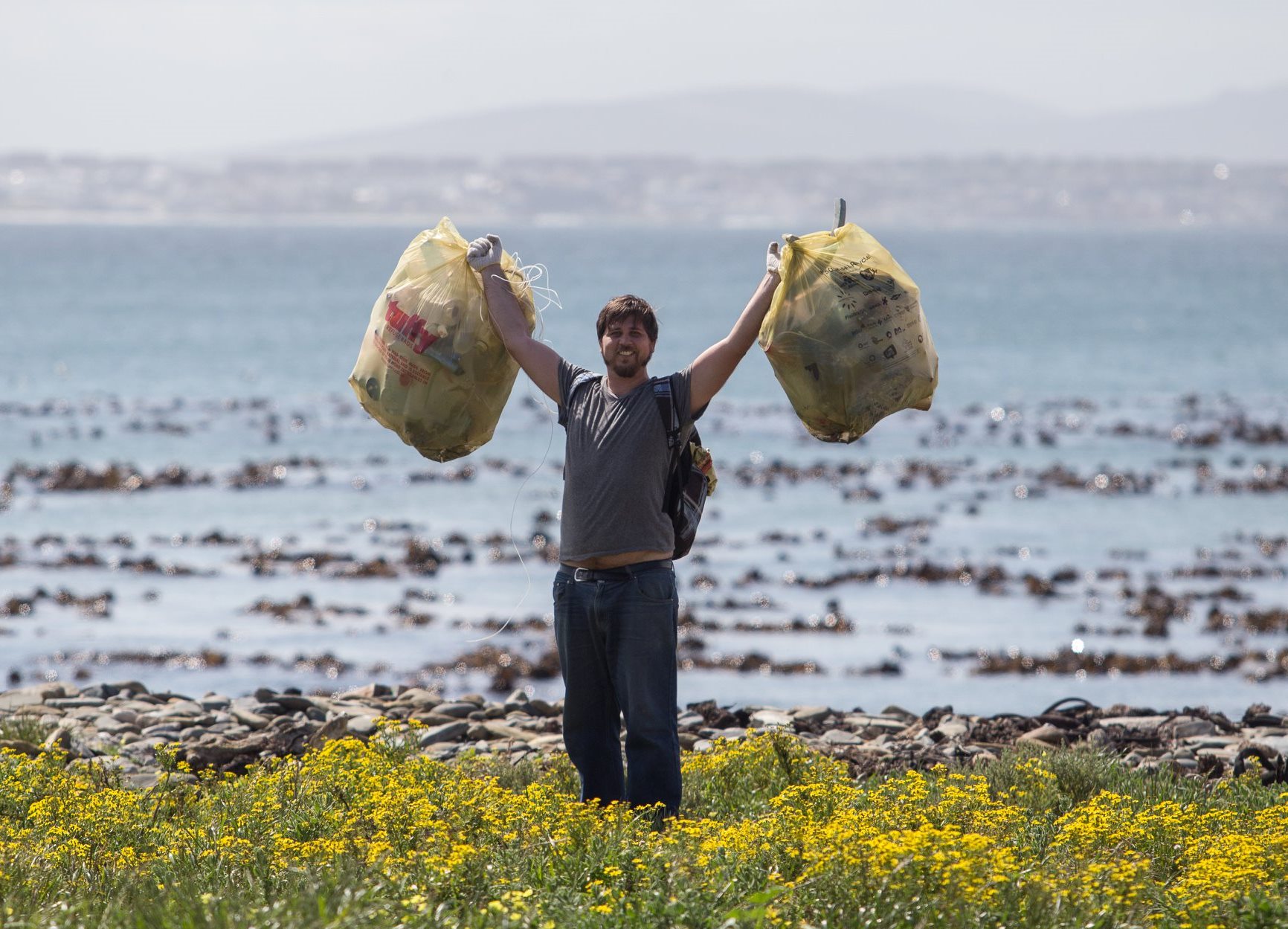 PETCO stakeholder relations manager Janine Basson said since the majority of ocean waste was derived from land-based sources, stopping waste at source was ultimately the most effective way to deal with marine pollution.

“Keeping recyclables, like PET plastic bottles, in the economy – instead of ending up in landfills – is key,” said Basson.

Since PETCO’s inception in 2004, Basson said PET producers had contributed voluntary recycling fees in excess of R371-million which had enabled the collection of 14 billion discarded PET plastic bottles for recycling, thereby reducing landfills by 3 777 639m3 and carbon emissions by 913 107 tonnes. 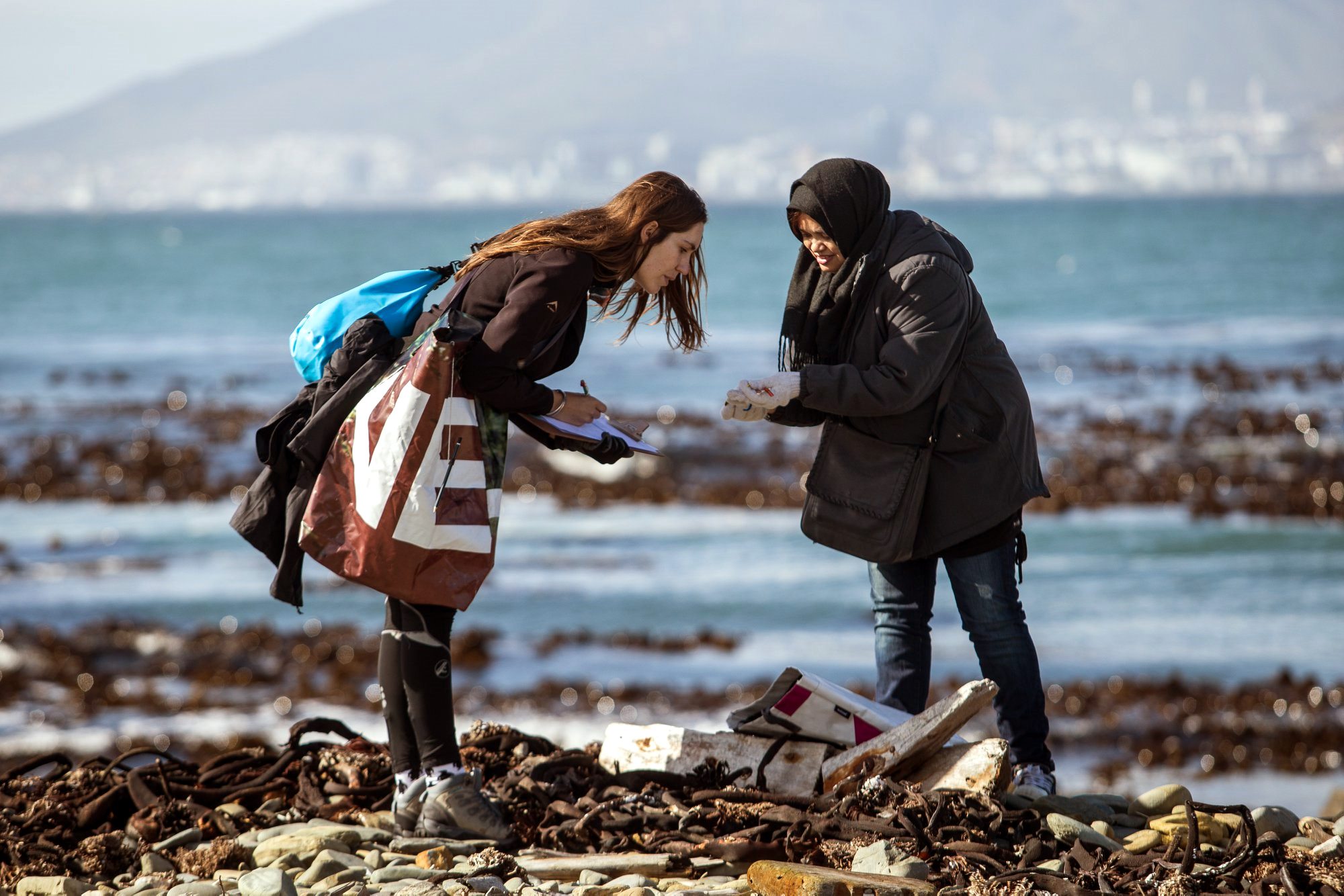 PET recycling had created R5.4-billion in economic value to date, and 64,000 income-generating opportunities in 2017 alone, she said.

“As the national body for PET recycling, we recognise that while good strides have been made, there is an urgent need for industry to re-design products and packaging which is compatible with available recycling infrastructure and to work towards phasing out non-recyclable waste completely,” she said, adding that PETCO had made Designing-for-Recycling guidelines available on its website.

Plastics SA sustainability manager John Kieser said the plastics industry body – which includes polymer producers, converters and recyclers – had been active in cleaning up Robben Island for the past 20 years. 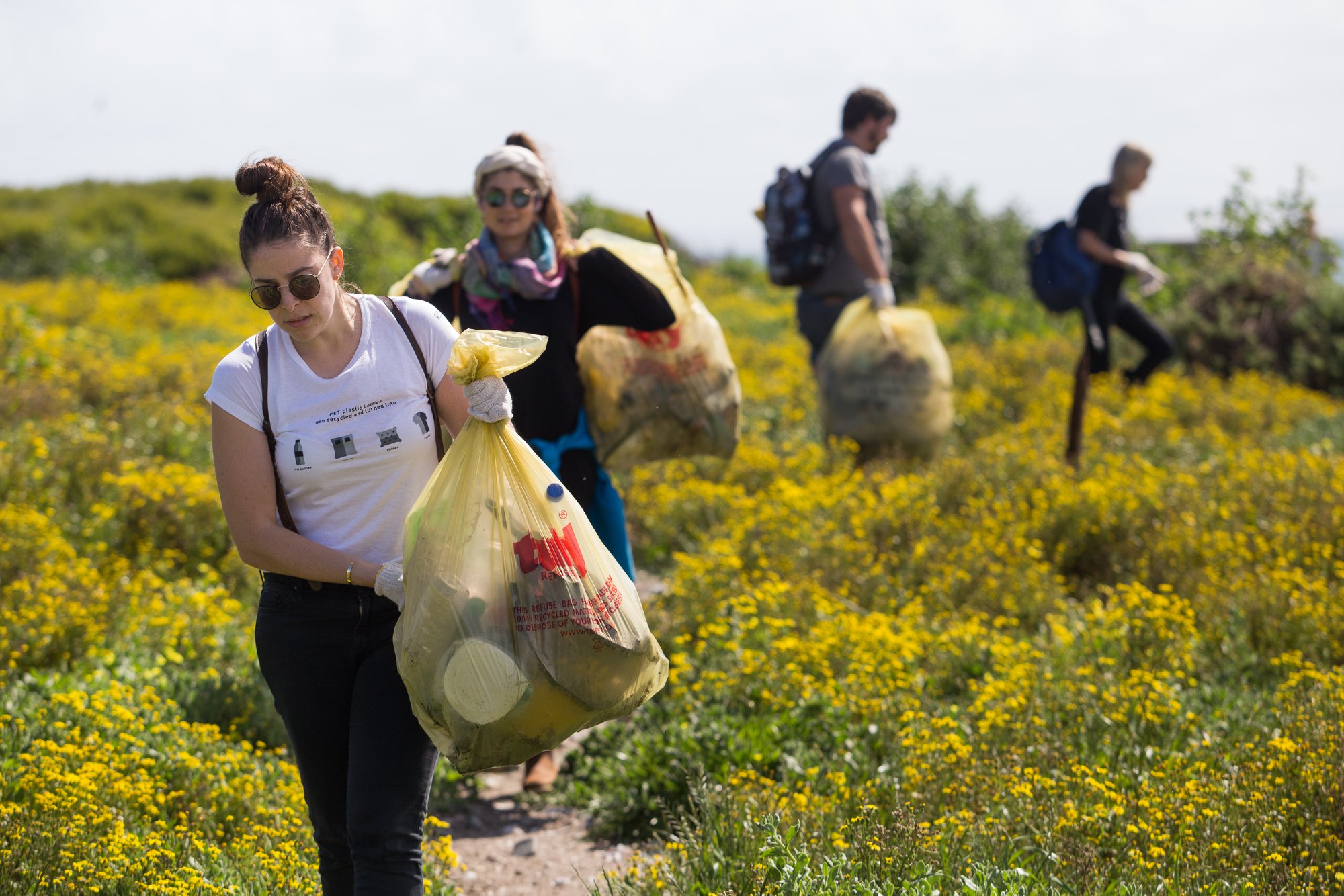 “Some of our most successful clean-ups have been on Robben Island, including one in which we stopped the incineration of waste, and managed the closure of two dump sites. We also started the Working for the Coast project on this island, with two weeks of solid clean-ups,” said Kieser.

He said Friday’s clean-up represented the biggest stretch of the island’s coastline they had yet been permitted to target, which was essentially the entire circumference, except for the penguin breeding area. 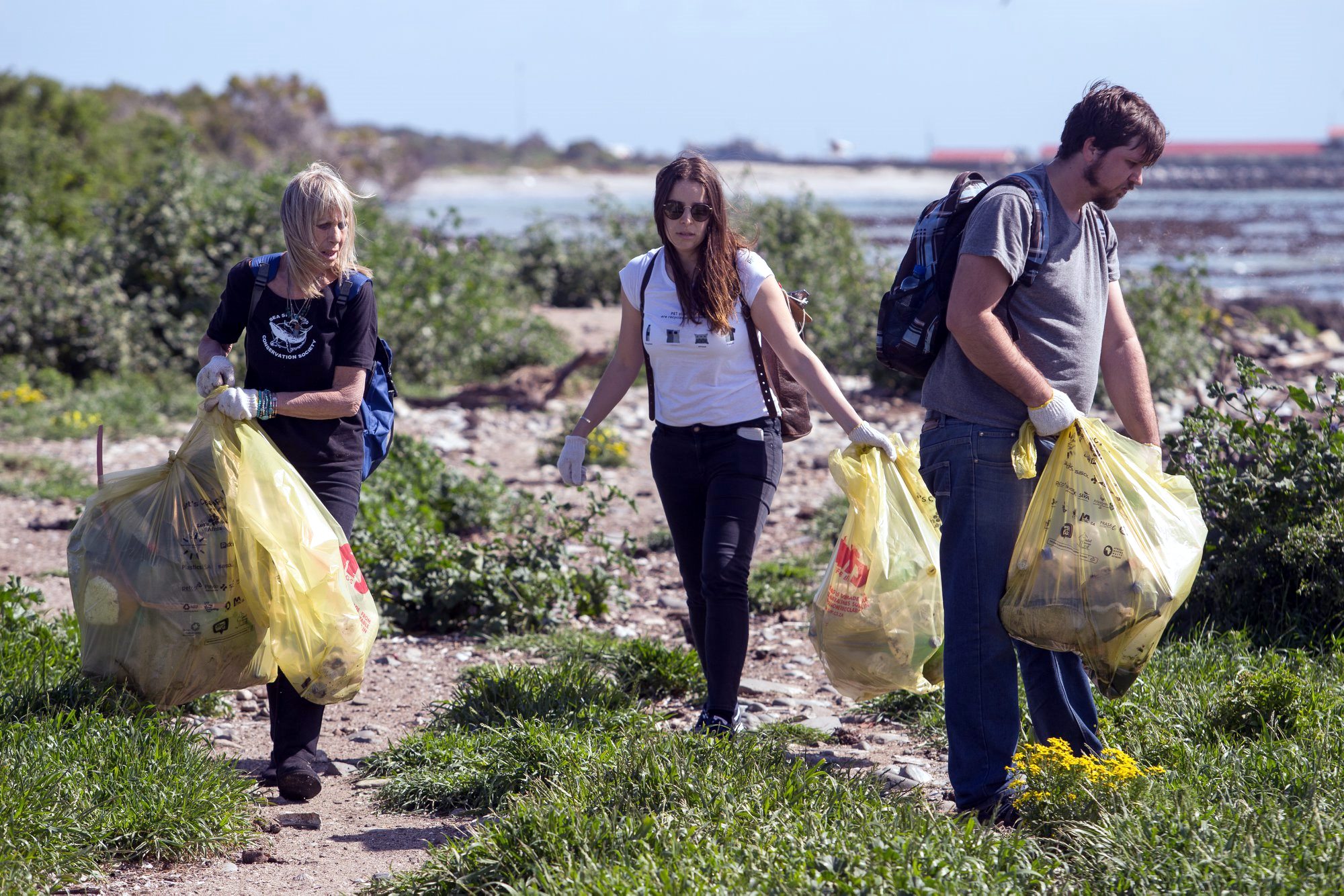 The clean-up was organised by PETCO and Plastics SA. The Beach Co-Op’s, “Dirty Dozen” methodology which was developed by Prof Ryan was used to record and track the sources of marine waste collected. Co-op director Aaniyah Omardien said employing this methodology at all clean-ups helped to better understand Cape Town’s waste streams and improve the city’s waste management strategy.

“Litter on Cape Town beaches has grown 300% from 1994 to 2012, with the human population growing a modest 50% over that same period, which means we are producing more litter per person. It will be informative to see what we find by comparison on Robben Island.”