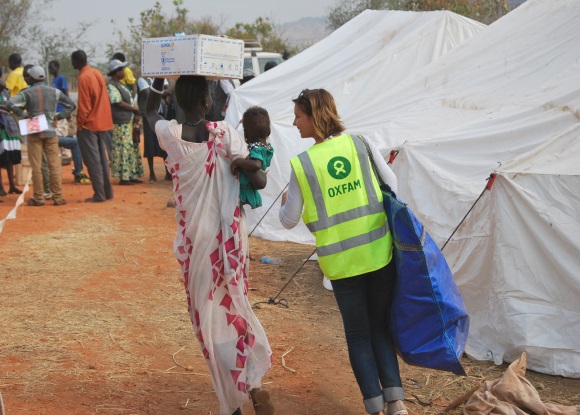 The conflict that broke out in South Sudan on 15th December 2013 has left thousands dead and displaced hundreds of thousands more. Vulnerable populations continue to flee ongoing fighting in South Sudan as seasonal rains worsen their already dire living conditions.

Oxfam are currently supporting people affected by the conflict with clean water, sanitation and emergency food security. Over 7 million people are at risk of food insecurity and 4.9 million of them are in urgent need of humanitarian aid.

With the end of the “month of tranquillity”, which allowed some people to get back to their fields to plant and harvest the coming crops, there is a real danger that a resumption or intensification of hostilities could make all efforts so far count for nothing. It is estimated nearly 4 million people face emergency and crisis levels of hunger as a result of the situation in South Sudan. As many as 2.4 million people could be displaced by the end of the year.

Oxfam has reached nearly 200,000 people in South Sudan with water, health and sanitation equipment. They are working in seven conflict affected areas; Juba, Bor, Malakal, Melut, Mingkaman, Waat and Lankien. They are also working with partners in Uganda to provide emergency support to 36,000 South Sudanese refugees. 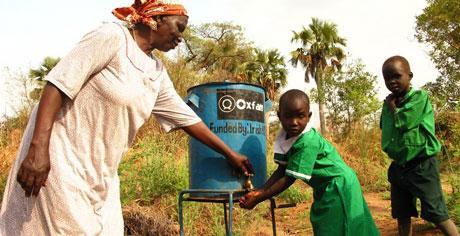 Oxfam has a dedicated team to respond to emergencies across South Sudan. They focus on public health, livelihoods and emergency response combined with gender, diversity and conflict-sensitive programming, policy and advocacy work. They have been present in Southern Sudan since 1983, providing humanitarian aid to victims of conflict, drought and floods, as well as long-term development assistance to some of the most vulnerable communities.