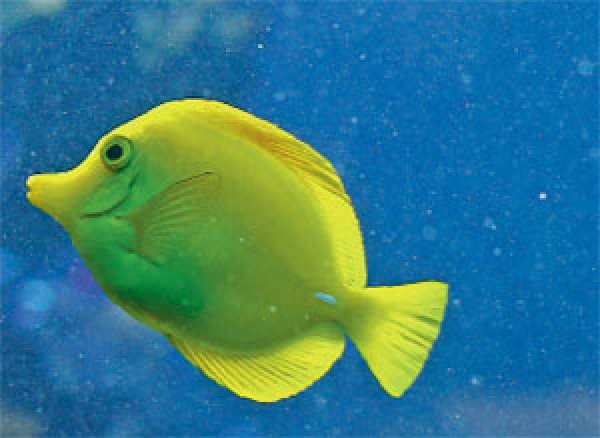 Warming oceans and climate may have an unexpected side effect – shrinking fish. Their body weight could decline by 14-20 percent in 50 years, says a Canadian study based on computer modelling of 600 ocean fish species.

The University of British Columbia (UBC) study provides the first-ever global projection of the potential reduction in the maximum size of fish in a warmer and less-oxygenated ocean.

UBC researchers found that the maximum body weight they can reach could decline by 14-20 percent between years 2000 and 2050, with the tropics being one of the most impacted regions, the journal Nature Climate Change reports.

“We were surprised to see such a large decrease in fish size,” says William Cheung, assistant professor at the UBC Fisheries Centre, who led the study, according to a British Columbia statement.

“Marine fish are generally known to respond to climate change through changing distribution and seasonality. But the unexpectedly big effect that climate change could have on body size suggests that we may be missing a big piece of the puzzle of understanding climate change effects in the ocean,” the study said.

This is the first global-scale application of the idea that fish growth is limited by oxygen supply, which was pioneered more than 30 years ago by Daniel Pauly, principal investigator with UBC’s Sea Around Us Project and the study’s co-author.

“It’s a constant challenge for fish to get enough oxygen from water to grow, and the situation gets worse as fish gets bigger,” explains Pauly.

“A warmer and less-oxygenated ocean, as predicted under climate change, would make it more difficult for bigger fish to get enough oxygen, which means they will stop growing sooner,” concludes Pauly.