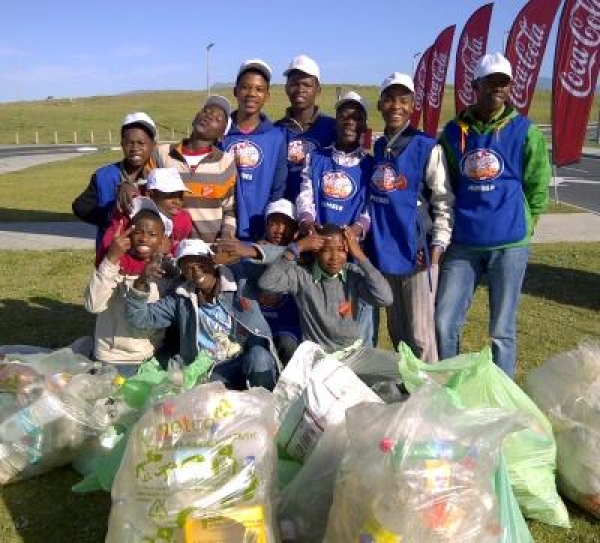 Looking after the earth and vulnerable people at the same time always creates a beautifully holistic project, which simply makes total sense. Hence many townships now have initiatives where folk can bring recyclable waste to a central place and receive much needed items, food or money in exchange.

This week we found out about such a project in Jeffreys Bay, which was initiated by the CMR (Christelke Maatskaplike Raad) and  is supported by Green Guardian. Every Tuesday mothers of the Jeffreys Bay area come to the CMR centre, where they have their babies checked by the clinic sisters and they would get milk, baby food and nappies for the babies.

At this centre there is a strict rule that mothers must bring all the possible recyclable waste they can find to the centre on this day. Each person has a card that is kept by the CMR. Their recyclables are weighed, entered on the card with a specific formula and they then score points. These points are then converted into an extra carton of milk or baby food.

On the day featured here there were 69 mothers with their babies. Johan Fourie, Director of Green Guardian, provides educational talks to the mothers to teach them about the waste problem and the importance of recycling.

Recyclables are then sorted into PET plastic, glass and cardboard. The totals are compared and Green Guardian then buys it from the CMR. The monies are then used by the organisers to buy extra things like baby blankets, which are not provided by the CMR. 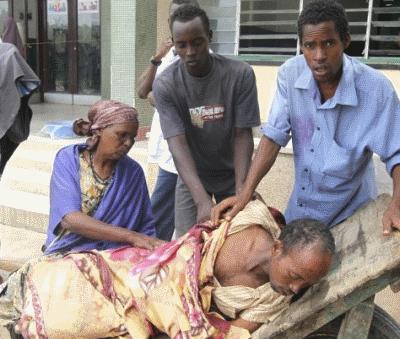 “The idea is to take this now to the other towns where the Green Guardian is active, such as Humansdorp, Cape St Francis, St Francis Bay, Stormsriver, Patensie, Hankey and Loerie,” says Fourie.

So cleaning up the community now feeds the children. Waste has indeed become food again, as it was on this planet for eons.