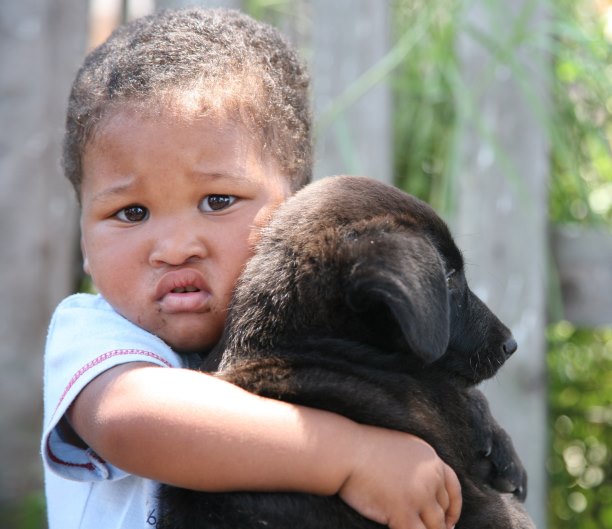 Here is a beautiful fusion of human and environmental needs addressed through innovative design and creative solutions.

The Polystyrene Packaging Council (“PSPC”) in partnership with the Mobile Education and Training Trust (“METT”), a Non-Profit Organisation, recently launched the new Village of Hope, a R285 million project that is nearing completion in Kosmos in the North West Province.

Based on the concept of the successful LIV Village that was founded by Tich and Joan Smith in KwaZulu-Natal in 2001, this new 20 850m² Village of Hope is situated on 285 hectare land overlooking the beautiful Hartebeespoort Dam, and built entirely from a revolutionary new building and construction method that incorporates recycled polystyrene.

“There are over 5 million orphaned and vulnerable children in South Africa, mostly due to HIV/AIDS and poverty, with 12,000 added to this every month.  Like the LIV village, the Village of Hope will exist to raise the next generation of leaders in South Africa by placing orphaned and vulnerable children into a family environment with a trained foster mother to love them, a school to educate them, and where all their physical needs are met,” says Hennie Snyman of METT.

The pilot programme, which effectively uses polystyrene, which has been separated at source owing to its patented chemical cocktail that neutralises the bacteria contamination, was launched in 2012.

Building with recycled polystyrene offers government a much needed solution for reducing building and construction in low cost housing projects, as well as to the polystyrene recycling industry.  It successfully uses and includes coloured and black contaminated polystyrene found in abundance in food packaging applications, including fast food trays, take away cups or trays used to package meat and fresh fruit.

“Until a few years ago, only clear, colourless or white polystyrene was considered to have recycling value.  As a result, waste management and recycling companies preferred to only collect and recycle unpigmented containers, while the coloured and black material offered the same excellent insulation qualities and was readily available, but had no viable end-market,” Adri Spangenberg of the Polystyrene Packaging Council explains. 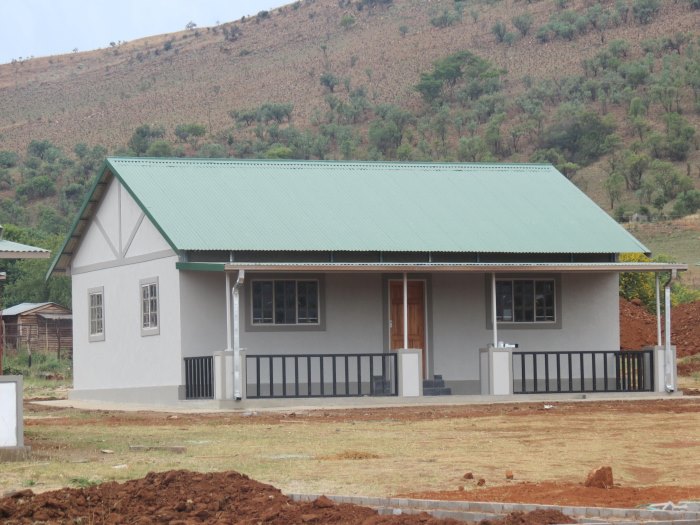 Thanks to Snyman and his team, however, a new globally patented mixture was developed containing all grades and colours of recycled polystyrene, combined with 9 different chemicals and cement.

The PSPC plays a facilitation role between end-users of recycled polystyrene and waste management companies to ensure a continued supply of material that will keep up with the demand.  Each week large quantities of polystyrene are delivered to the site for recycling primarily by growers, nurseries and plant centres located in Brits and surrounding areas, as far afield as Pretoria, who use expanded polystyrene for their seedling trays.

“We recycle 720 kg of polystyrene to build a build a 68 m2 house. Last year alone we recycled and diverted more than 613 tons of polystyrene away from landfill through our building method. Not only does our solid wall system greatly reduce the use of cement and concrete, but it also reduces the overall cost of building by up to 40 %,” Hennie says.

The various elements are mixed, poured into slabs and left for 7 days to dry before a lightweight, yet strong and incredibly solid wall structure is rock hard and ready to be used.

METT is proud to deliver documented proof of the fact that their buildings have gone through every conceivable test, ranging from structural and load impact tests, to rain penetration resistance and the so-called “knock test” to hear if the walls have a hollow sound.  In each test, the product far exceeded the minimum requirements.

“Fire rating is obviously a very important consideration for low cost housing in South Africa, where we have too many losses and deaths caused by fires in townships. During a recent 4 ½ hour burn test in a furnace of 1 800 degrees Celsius, the fire only penetrated 1 cm into the walls, giving it one of the best fire ratings in the world. The SABS, CSIR and various international agencies have tested or products, and it came through with flying colours every time,” Snyman says. 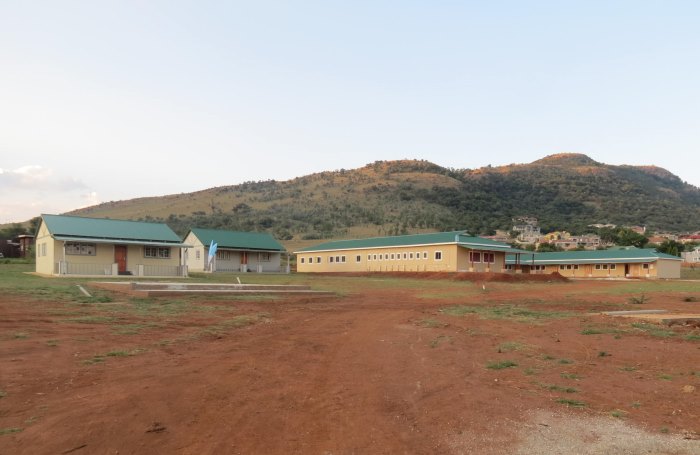 As a result, METT has been appointed as the preferred supplier to government after various officials visited the site of the new Village of Hope and witnessed the revolutionary building method first hand.  Plans are currently underway to build four factories per province to ensure that 68 % of all schools, clinics, and houses built by 2018 contain waste material that have been diverted from landfill. They also plan to establish factories elsewhere in Africa.

Snyman adds that the design of the first 32m² pensioner’s house has just been approved, costing only around R28 000 to build. “This is an affordable construction option that enables Government to provide the poorest of the poor with houses. But we are not only restricted to GAP or RDP houses.  We were recently involved in providing material for a 1600 m2 designer home in Bela-Bela (previously Warmbaths), as well as various three story designer homes in Fourways,” he says.

The Village of Hope will be able to accommodate 1 000 orphans coming from the North West province when it officially opens its doors in January 2017. They will provide long term foster care, giving children a sense of belonging in a homely environment, modelling an African village lifestyle.

“The houses are built in clusters surrounding a communal play area. Each home will have a fully trained House Mother, who will be responsible for looking after up to six children through the Department of Social Welfare. Within this family environment they will receive unconditional love, care and nurturing.  If these children are equipped with essential moral values and life skills, they will grow up to be a generation that will influence positive change within South Africa, Africa and the world. We want to take children who have scars and turn them into stars,” Snyman explains. 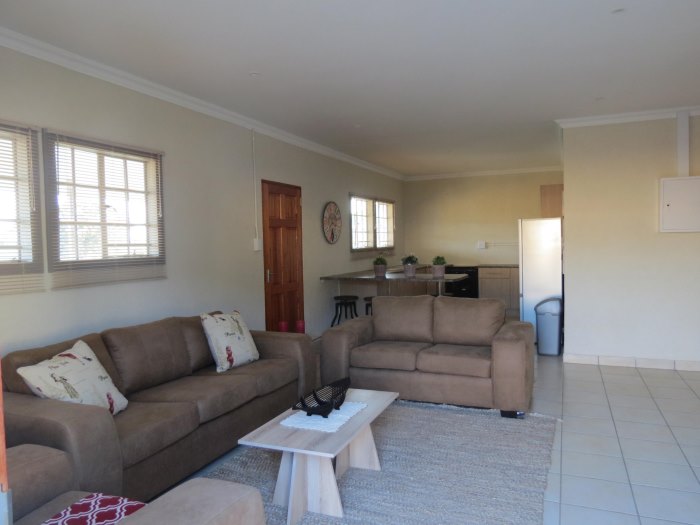 Once completed, the project will consist of a fully equipped nursery school, early childhood development centre, primary school, high school and various on the job training facilities for agriculture.  Other buildings on the site include an outreach clinic, internet café, safe haven for abused women and children, and a satellite police station. It will also include sporting grounds, 10 ha gardens designed by leading landscape architects and a special agricultural training centre for emerging black farmers.

All of these facilities are currently being constructed or finished off and were available for viewing by the guests who were unanimous in their excitement and support of the project.

Long-term plans for the Village are enough to make a person’s head spin as Snyman lists an impressive array of corporates who have taken on the Village of Hope as their project for Corporate Social Investment.

“This will be flagship of all future projects and other villages that will be built around the country. Our aim is to ensure that we are completely self-reliant as we grow our own food to feed the children, educate them, and later on equip them with skills that will allow them to secure jobs in the future.”

Many more to roll out

“It is clear that this composite product offers great potential and will be a solution for all housing and social needs in our country. It not only addresses the concept of green building by using material from the waste stream and reduces the amount of litter that is sent to our landfills, but it also increases unskilled employment, provides affordable construction costs and offers an answer to the housing backlog by virtue of its short construction time. We are excited about the tremendous progress made in the construction of the Village of Hope, and look forward to the roll-out of many more similar projects”, concluded Adri.