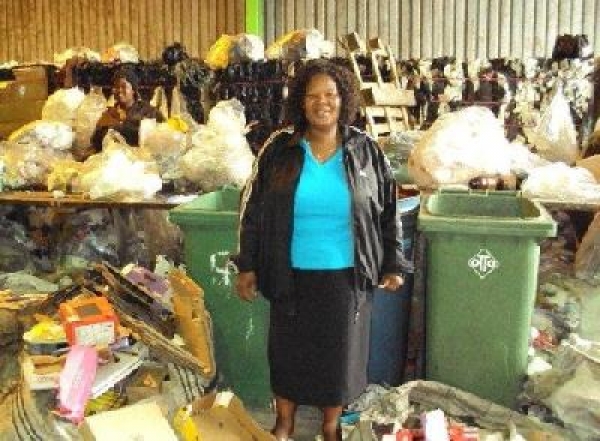 Today I salute a rising star in the waste industry in whose bright face I see  recycling grow into a central instrument in the healing of our planet. Cynthia Vundisa supervises 64 staff members at the WastePlan recycling transfer station outside Somerset West. Her story illustrates the inter-dependence between a single mother with vision and recycling targets on which the WastePlan service in the Helderberg depend.

When Cynthia’s husband passed away in the Eastern Cape in 1994 and left her with 4 children to raise by herself, she moved to the Helderberg in search of work. She struggled to find work as a domestic worker, did a diploma in home management and charred at the municipality. But Cynthia looked further than her immediate family’s needs and became the chairperson of SANCO (South African Civic Society). Here she worked next to Councillor Matha, who told her that WastePlan was starting a recycling service in the Helderberg and in 2008 Cynthia became one of the first sorters.

End of the road

‘At first I took the job for the money,’ she says. ‘We had to learn about all the different types of waste. We thought this man (Bertie Lourens, the CEO of WastePlan) had lots of money and we were slow. The waste piled up high and the sorters were not motivated. Then one day Bertie talked to us and said he was going to close the transfer station, as we were not making the targets required by the City. The business was not working out. My heart was heavy. I was thinking about all the 64 families who would now not have food – and many more in Zimbabwe who depended on them for income. I myself had 7 people dependent on me. Some had up to 15 people relying on their income.’ 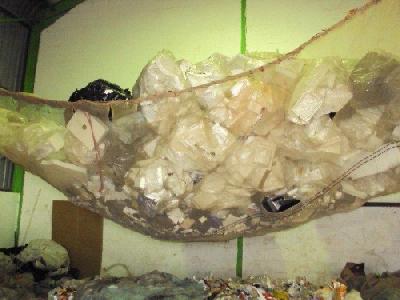 A crisis brings out the best in people with vision. Cynthia realised the staff needed to take more responsibility and understand that what they were doing was not only important to them to make a living, but to the environment and to the country. She asked Bertie to give them another chance and together with the new manager, Derek Engelbrecht, they worked out how to incentivise the staff. Since then they push up their tonnages every month – the more they sort, the more they benefit. Over 200 bags per day and you’re paid a higher rate.

‘Now we’re flying,’ said Cynthia. She had just received an RDP house from the government when she started working for WastePlan, but it was empty.

‘Today I have everything I need inside. I even have my driver’s license – soon I’m going to be driving my own car,’ her face radiates with pride. 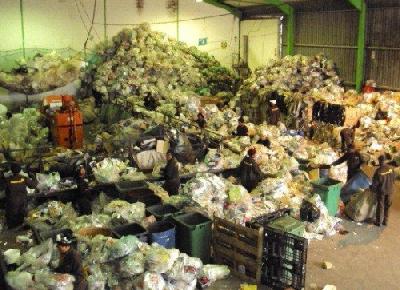 Cynthia is now the big boss here. She oversees 24 female sorters and 40 men: lorry drivers, bailers, collectors. I wonder how the men feel to be working under her.

‘No, I work by the book. If they don’t follow the correct procedures in our manual, I stop them immediately. They respect me.’ 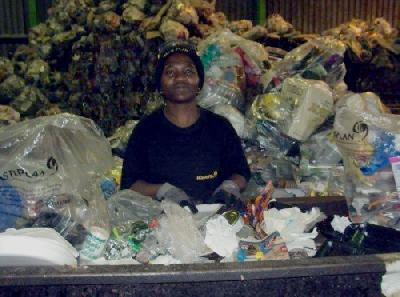 But she’s also compassionate and draws on her intuition to nip issues in the bud when they have just begun. She is concerned that everyone should be happy and gets involved if there are problems. This way everyone remains motivated and they function as an integrated team.

I ask her about her boss, Bertie, whom I know as one of the greatest people in the waste industry. I wonder what it’s like to work for him.

‘Bertie is a good man. It’s like working for your brother. Even your own brother won’t treat you as well as he does. There’s nothing you can’t talk to him about. He always appreciates what we do. Here everyone respects each other.’

Walking around the sorting floor to take some pictures, I pick up respect and joy and indeed pride in the intricate sorting work which helps to send our consumer waste back into the loop of recycling – and saves the earth. And I understand why Cynthia says they don’t want unions there.

‘We already have unity. We are happy to be part of the cycle and our families are happy.’

I admire innovative new ways of using vertical spaces in the ever increasing waste stream pouring in through the front door. And I feel proud too that we can leave our waste in the capable hands of a star like Cynthia Vundisa.