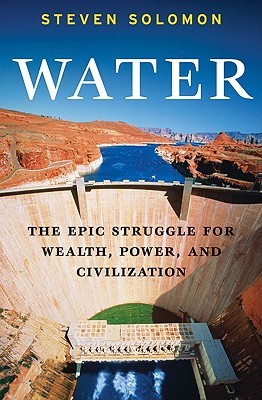 In an except from Steven Solomon’s Water: The Epic Struggle For Wealth, Power, and Civilization, Mesopotamia is the area between the Tigris and Euphrates rivers, which largely corresponds to modern day Iraq and surrounding lands. The violent floods from those two rivers gave rise to the earliest flood myths.

The word Mesopotamia literally means “between the rivers,” and it was the land of the great early civilizations of Sumer, Assyria, Akkadia and Babylon – in fact it is known as the cradle of civilizations. Though now a desert, in those ancient times Mesopotamia was filled with luxurious forests and vast farms of wheat and barley. Then the population dwindled and the land lost its fertility.

“In Sumeria begins the original urban revolution, and the civilizing influence of the city throughout history. The great cities of history were integrally linked to man’s uses of water and were, without fail, situated on rivers, lakes, oases, and seashores. …  Sumerian vessels traded long-distance with Egypt via the Red Sea and plied the Gulf and the Indian Ocean at least to the ancient Indus River civilization. …

“The vital economic activity of the earliest Sumerian city-states, however, was irrigation agriculture. Each had its own farm work gangs comprised of many hundreds of farmers who worked large tracts of land that was owned, rented, or bequeathed by the gods. As in Egypt, coerced labor was done under schedules and regulations set by temple priests, who alone possessed the skills for calculating the changes of season, designing canals, and coordinating mass, collective effort. Thereligious provenance of the priesthood legitimized their taking large shares of the annual harvest surpluses for storage in the temple granaries. 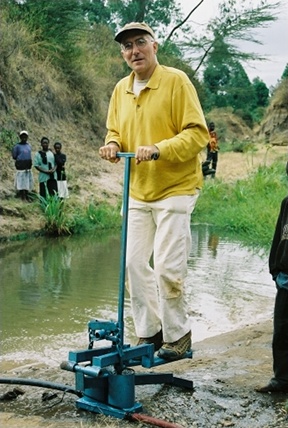 “Violent, unpredictable floods that destroyed waterworks and entire cities were an omnipresent, terrifying menace. Indeed, in Mesopotamian mythology the quasi-divine status of kings and the state’s political legitimacy itself sprang from a purifying great flood sent by the gods to obliterate humanity and from whose watery chaos a new world order was born. The region’s flood myth centered on a single, forewarned family that survived by building an ark – the progenitor of strikingly similar stories in Hindu mythology and the Noah story in Genesis.

“Crops were grown on miles-long earthen embankments set amid the watery plain between the rivers and controlled by a matrix of dams, dikes, weirs, sluices, and ditches. One benefit of this arduous, artificial irrigation was that it permitted year-round, multicrop farming that yielded larger stockpiles than Egypt’s single-crop basin system. Yet artificial irrigation also came with a terrible side effect that afflicted civilizations throughout history – salinization of the soil. 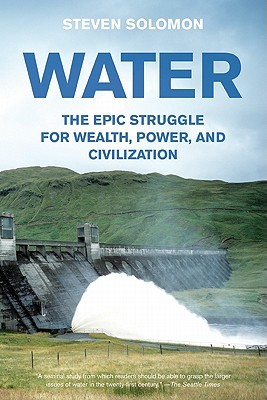 “Over time, intensive irrigation farming had environmental side effects that undermined its sustainability. It tended to raise the level of groundwater to waterlog the soils, while water’s capillary action drew deadly salt toward plant roots. Evaporation, which was especially rapid in hot, arid Mesopotamia, left the telltale crusted salt residue across the once-fertile surface-crop yields fell until finally little at all could grow. Mesopotamian tablets from 1800 BC duly record ‘black fields becoming white.’ To cope with salinization, the Sumerians shifted production from wheat to more-salt-resistant barley. In about 3500 BC, equal amounts of wheat and barley were being grown in Sumeria. A thousand years later, only 15 percent of the crop was wheat. By 1700 BC almost no wheat was being grown, and yields from both crops had declined by some 65 percent over seven centuries.

“World history is replete with societal declines and collapses caused by soil salinization. … A second man-made environmental depletion also exacerbated Mesopotamia’s agricultural crisis – deforestation. Wherever humans have settled on Earth, they have chopped down trees – for fuel, houses, boats, tools, and agricultural-land clearance – until their habitats were denuded. Many now-barren parts of Mesopotamia, as elsewhere in the neighboring Mediterranean rim, were once luxuriously verdant. Deforestation made landscapes drier and less fertile. It reduced rainfall as well as the capacity of the soil to retain what did fall. More of the fertile topsoil washed away in torrential downpours – a malevolent expression of water’s power as history’s greatest soil mover, surpassed only by modern industrial man himself.”