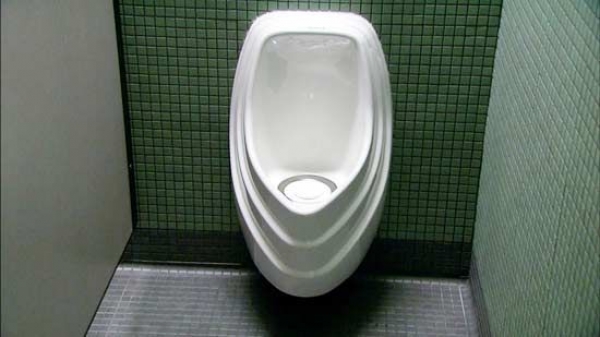 As a man, I can honestly say that normal public urinals are one of my least favourite inventions. This is due to two factors: They smell awful, and they waste water. Solution? Odour-free, waterless urinals.

One of the most obvious benefits of waterless urinals is that they conserve water. According to a study done by the U.S. Army Corps of Engineers, a year’s use of a single waterless urinal compared to a traditional urinal can save over 27,000 gallons (102206 litres) of water. A local company that we discovered manufactures waterless urinals that can save up to 250 000 litres per year.

When we take into consideration that we are living in a water-scarce part of the world, 250 000 litres is a quantity that we simply can not ignore.

no excuse for bad odours

As far as odour goes, there is no excuse for a urinal to smell, whether waterless or not. Most odours in washrooms are caused by inadequate cleaning regimes, whereby odour-causing bacteria are allowed to fester behind and underneath the urinal bowl. The inside of the urinal bowl needs to be cleaned regularly too. Many people are concerned that by not flushing the urinal bowl regularly, the bowls themselves become less hygienic and more likely to become smelly. In reality, limescale in flush water deposits an absorbent layer within which odour-causing bacteria can develop. So, flushing alone does not do the trick, and usually chemicals also have to be used to keep odours at bay. These chemicals are often harmful to the environment, and they cost money.

Waterless urinals, by contrast, do not have this disgusting layer, and are much easier to keep clean. A responsible local company that we discovered, Addicom, makes use of a clever device to prevent foul odours. It is called the EcoSmellStop valve. The idea behind this device is derived from the theory of curtains swaying in the wind. A draft flowing from the outside into a room (red arrow, pictured below) causes the curtain to bulge inwards, allowing air into the room. A draft in the opposite direction, from the inside to the outside, presses the curtain against the window to restrict the airflow.

The EcoSmellstop one way valve makes use of the above theory to prevent unpleasant odours from hanging around. This “No Flush and No Water” system has been designed with low maintenance in mind.

The active “one way valve” has an average life expectancy of around twelve months and can be replaced within seconds, no touching involved, using a special extractor. It guarantees a chemical free genuine “Zero Flush” urinal. This renders the EcoSmellstop water free urinal completely environment friendly.

The EcoSmellstop system also saves energy, as there is no water to be pumped and treated, as with a traditional urinal.

Waterless urinals require no septic system load or treatment time, are free of all electronics and require very little in the way of installation. Once put into place they require very little maintenance. No handles need to be repaired or replaced, and they require less plumbing to maintain as well. Less maintenance also translates into less money spent than with traditional urinals.

A waterless urinal can be installed anywhere. They cannot be damaged in cold weather, and can be used in areas where drought and other environmental considerations make water a limited resource. Many armed forces bases around the world use waterless urinals, as do relief areas, medical tents and other areas where sanitation is important and water is scarce. 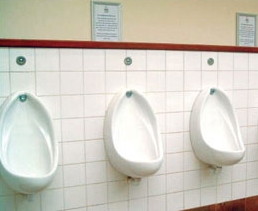 In our country, considering our poverty and water-scarcity issues (not to mention our lack of proper sanitation in some areas), it seems silly to me that we still have any traditional urinals left, when we have the option to install waterless urinals.

Find out more about Addicom waterless urinals by clicking on the banner below.