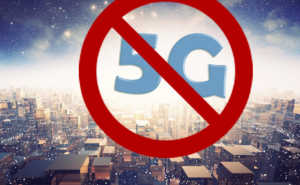 So far, groups in the following countries have announced that they are organizing events on 25 January, 2020 as part of the Global Day of Protest against 5G:

If you are organizing an event in a country that is not on that list, please contact Dorotea at stop5gnow@protonmail.com.

As of today, the following companies are planning to launch, or are already launching, 5G satellites into low orbit around the Earth:

The above companies will broadcast only 5G and will sell user devices that will be mounted on homes and vehicles and will function as small cells. Another company, Lynk, has plans for “several thousand” satellites that will communicate directly with cell phones and will broadcast not only 5G, but also 2G, 3G and 4G. Lynk intends to begin service in 2023.

In addition to these satellite plans, Loon, a subsidiary of Google, has a contract to provide Internet to remote areas of the Amazon rainforest in Peru from stratospheric balloons.

Two countries already have nationwide 5G: China and South Korea. And the insanity continues to escalate: China is already developing 6G. On November 7, CNBC reported that 37 universities, research institutes, and enterprises will be involved in developing 6G technology in China. 6G will use even higher frequencies than 5G, and will send even greater tsunamis of data all over this fragile world.

Other countries are rushing to compete as well. The University of Oulu in Finland has a 6G research institute. On September 29, 2019, Rohde and Schwarz demonstrated a prototype system operating at 300 GHz at a workshop in Paris. And in the U.S., the Federal Communications Commission is planning to open up frequencies up to 3 THz (3,000 GHz) for research purposes.

Change begins with us

Today, the world’s immortal forests are being turned into laser paper for the world’s computers. The world’s great oceans are filling up with microplastics, into which our shampoo bottles and grocery bags, by the disposable billions, are breaking down. Highways, ever wider and faster, are being bulldozed through mountains and across fjords, and invading the last great roadless areas on Earth. And billions of handheld devices are blanketing the Earth with lethal radiation. As Rachel Carson warned, not just the songs of birds, but the croakings of frogs and the buzzings of insects are growing rapidly fainter all over the Earth.

And it is not because we humans have become magically more aggressive towards the Earth since I was born. We were on this Earth for hundreds of thousands of years without doing damage to it. It is our new technology that is aggressive. It is a mistake to think that because IT is so powerful, that WE are so powerful. We aren’t. The truth is exactly the opposite. We are as delicate and vulnerable as the insects, birds and frogs, and we live or die as they do.

The most aggressive piece of technology yet invented is the cell phone. The question we have got to confront is, do we want to survive? Which do we want more: our phones or our planet?

Radio frequency radiation is the first pollutant in history that is being deliberately spread over every square inch of the Earth, with the goal of leaving no place unpolluted.

In order for your cell phone to work, the entire wireless infrastructure, including all the cell towers, has to be there, all over the planet.

A cell phone is not safer than a cell tower. The technology is the same. The radiation is the same. Your biggest source of exposure is your phone, not the towers.

Everyone wants cell phones. No one wants cell towers. Unless this changes, 5G will not be stopped and life on Earth will end. 5G is only more of what we already have, that has already decimated the world’s insect, amphibian and bird populations, and that has caused the present epidemics of cancer, diabetes and heart disease. That is why 5G is not just a threat but an opportunity. The only way we will stop 5G is if we throw away our cell phones. And if we can give up this catastrophic piece of human progress, then it becomes possible to deal rationally with the others—the others that are causing climate change, global deforestation, and the terminal pollution of our soils, oceans and atmosphere.