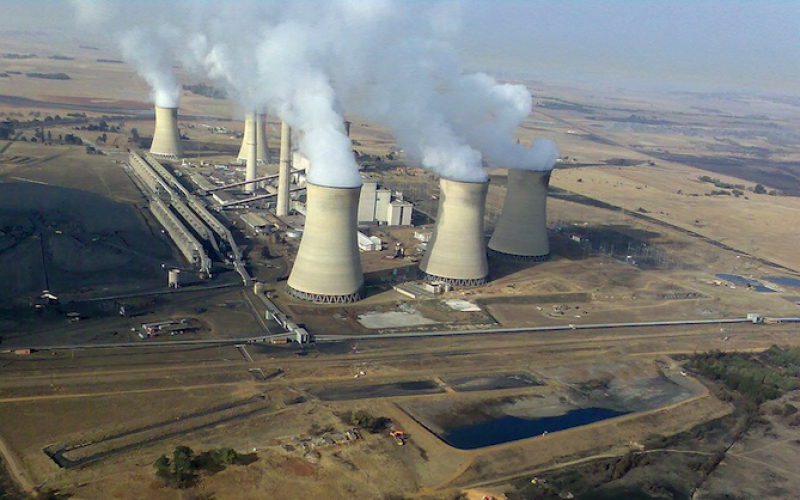 Near the Eastern border of Germany is the little village of Proschim. This community is a shining example of what is possible in terms of smart, progressive energy provision. They produce 100% of their electricity from renewable energy (RE) sources, and export surplus to the grid. By using wind, solar and biogas they can power 15 000 homes, while the town itself has less than 500 homes. This is a real demonstration of the future we need: abundant energy with minimal environmental impact.

However, the settlement lies above a lignite deposit. Also known as brown coal, lignite is a type of coal with a low energy density. This means that during burning, it gives off less energy, more pollution and more carbon dioxide per tonne than higher quality coal types.

The German government has demarcated this green village for destruction so that Swedish energy giant, Vattenfall, can expand the nearby Welzod-Süd mine.

This means that not only is a mining agenda being placed above those of human livelihoods and habitation, but this also reveals a gross regression in energy provision. An entirely RE system is to be destroyed for one of the most polluting sources of electricity. A town which clearly demonstrates that sustainable and clean energy autonomy is possible, is to be demolished just so that the nearby power plant can continue with business as usual. As political scientist Tadzio Müller, from the Rosa Luxenburg Foundation, said: “The future is being eaten by the past”.

The residents at Haidemühl (about 25km from Proschim) have already been evicted because of the lignite beneath their homes. More than 16 other villages in the area have disappeared over the years to make way for open-pit mining.

Is lignite necessary as a transition fuel?

An obvious incoherence here is that both Germany and Sweden are making great progress at a macro level in terms of RE. Despite this, Germany still produces and burns more lignite in absolute terms than any other country, and is the world’s largest exporter. Furthermore, instead of reducing lignite use, they plan to increase it, which is why the mines are to be enlarged. Within the German plan of Energiewende (Energy Transition), which aims to move towards a low-carbon energy system, there are blind spots such as this. The argument that lignite is necessary as a transition fuel while nuclear capacity is reduced is not convincing. There are other options available, such as gas, increased energy efficiency programmes and shifted timing of these infrastructural changes.

The Proschim travesty is a microcosm of a global problem. It demonstrates both the enormous potential of renewable energy, but also how big players in the fossil fuel industry will push hard to continue with ‘business as usual’ for as long as they can. This example highlights how perverse priorities can promote social exploitation and environmental degradation.

Unfortunately, this condition takes many forms, and closer to home we have contemporary analogues. Eskom has recently indicated  that is does not want to sign further contacts with RE independent power producers (IPPs). Essentially this is a regressive move away from clean energy sources in favour of their current modus operandi: burning coal for electricity. While not as visceral and immediately repulsive as the situation at Proschim, the underlying sentiment is the same. Entrenched practices, that pander to vested interests, trump support for systems that benefit the wider population and environment.

Eskom’s move against renewables has caused a stir in the private sector, as the IPPs have attracted a great deal of investment. However, the underlying message from Eskom is more disturbing: despite the massive advances of RE, there is still a push for outdated options. The dirty past is still eating into our energy future.

So, back in Proschim, what has happened? The people have stood up to it. Although Proschim only has 800 residents, in September 2013, over 120 000 objections to the mine expansion were lodged.
Ende Gelände is a climate action campaign that supports the phasing-out of fossil fuels. In May 2016, they conducted peaceful civil disobedience actions, where thousands of people, for all over Europe, bought operations at the Welzod-Süd mine to a halt.

Despite the looming threat to Proschim, local resident Guenter Jurischka is still investing in both rooftop solar panels and the nearby communal wind farm. He said:  “I’m not giving up one single brick of my house, one tree of my forest or one square meter of my land.”

In South Africa we must also stand up to regressive actions in the energy sector. In the same way that mass civil action has led to the positive change in other spheres, such as the abolition of slavery and ending Apartheid, we must make it clear what energy legacy we want to leave for the next generation.

There are many groups working on issues around coal mining and developing more sustainable energy options. Energy Governance South Africa (EGSA) is a network of civil society organizations dedicated to promoting transparent, inclusive and accountable decision-making in the energy sector. Environmental justice organisation groundWork has a coal campaign to raise national awareness about the negative health impacts of coal mining.

Mining Affected Communities United in Action (MACUA), which represents over 70 organisations, has been active in aspects of coal mining. In KwaZulu-Natal, they assisted the Kwambonambi community, which like Proschim, faced eviction for a proposed colliery. A further three villages surrounding the Hluhluwe-iMfolozi Park, in the Fuleni area, could be demolished if this mine is opened.

In South Africa we have exceptional wind and solar resources, and we already have a successful national RE programme. We have an opportunity to be a leader in Africa regarding progressive change in the energy sector, and we can avoid situations like that at Proschim, or near Fuleni. We do not need to rely on coal for providing electricity, and we certainly do not need to destroy towns to dig it up. Decision makers in the energy sector must hear, and see, that regarding energy generation, we want to move forward, not backward. We should support the RE IPP programme, and not fall back on coal – we want a progressive energy future that is not being eaten by the past.