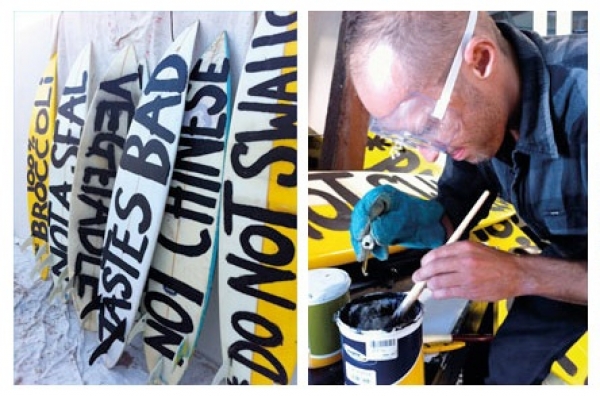 On Monday 26 March 2012, Conn Bertish took a dip in the Two Oceans Aquarium’s I&J Predator Exhibit. People take the plunge here all the time, but this time it was different; Conn wasn’t wearing flippers, goggles, weights or scuba equipment. Instead, he paddled out on a surfboard. Why? To help people rethink the shark.

Says Conn, “Globally, sharks make around 90-billion kills a year. Only five of those 90-billion are humans. And humans tend to overreact.

“Yet sharks are still considered by the public as mindless killers. This is its biggest challenge.” 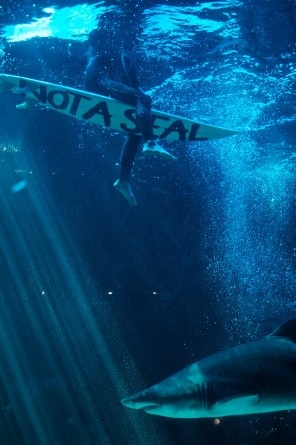 Conn is the founder and head researcher for the South African Surfers Call Research Laboratory (Sascral). On Monday, he brought along surfboards that contained some clever words – Vegetable, 100% Broccoli, Not a seal, I taste bad.

“For the last 11 months Sascral researchers and technologists have been working to develop new technologies aimed at debunking the ridiculous fear humans seem to have of sharks,” says Conn, a BSoc Sci graduate of the University of Cape Town. Conn and his team have developed a world first: an innovative shark repellent device using the sciences of chemistry, paleontology and method-linguistics. The Sharkbro repellent has a 100% success rate.

“My team and I have been field testing Sharkbro for the last eight months and none of us have been killed or mauled,” says Conn.

The real targets of Conn’s repellent are humans. The aim is for us to rethink the shark. Sharks are not out to randomly gobble up humans. In fact, sharks don’t think we taste good at all. They often mistake us for a seal – their real treat. We’re more likely to be killed by a toaster than we are by a shark.

learning to love them 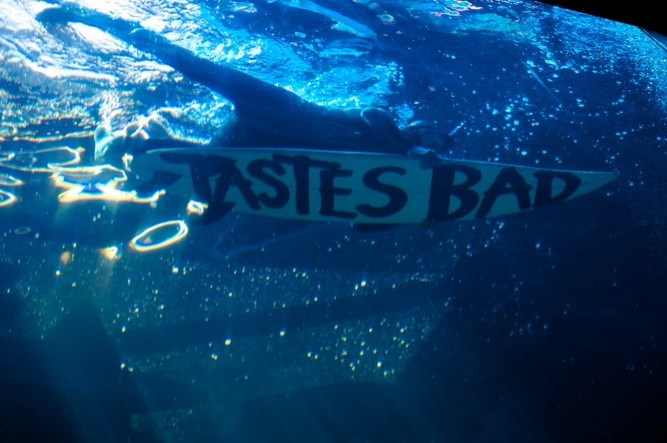 Conn wants us to rediscover these gentle apex predators and learn to love them and be kind to them, not fear them. Fear breeds aggressive, deadly behaviour; love and understanding allow all creatures on earth to live in harmony, as it should be.

Conn’s passion for sharks extends to issues across the globe. In 2011, he hacked off the fin of a surfboard at the Chinese Consulate in Cape Town. This was to demonstrate the cruelty of the shark-fin soup industry. That must’ve taken quite a bit of courage. Probably more courage than was needed to take a leisurely paddle with the gentle, magnificent ragged-tooth sharks in the I&J Predator Exhibit. 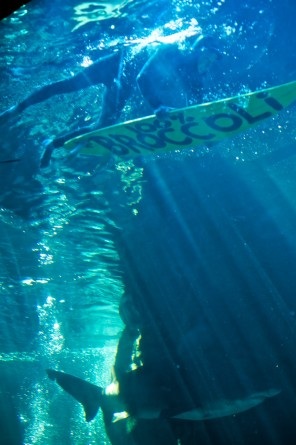