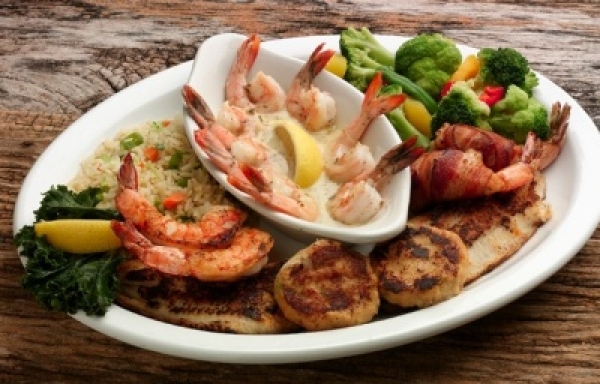 ‘Congratulations to South Africa’s seafood consumers. By insisting on sustainably harvested fish and seafood you are significantly driving change.’ This is the message from Dr Samantha Petersen, project manager of the Nedbank Green Trust-supported Sustainable Fisheries Program.

Pressure from South African consumers on the seafood retail market over the past couple of years has helped to suppress the demand for over-exploited fish stocks.
The future is in consumers’ hands

‘Through consumers making informed and eco-friendly seafood choices they are supporting responsible fisheries and creating an incentive for other less eco-friendly fishing methods to change,’ says Petersen. ‘The future of our fisheries is largely in the consumer’s hands because despite the fact that South Africa has fantastic marine regulations, our government does not have enough resources to enforce all regulations.’

‘More than ever we need consumers to keep asking restaurants and supermarkets whether they are serving or selling sustainably harvested fish and seafood. It has an impact along the entire seafood chain – from the fishermen’s hooks all the way to the final product delivered to the supermarkets and restaurants.’

Thanks to consumer-driven pressure, kingklip is starting to show signs of recovery. This favourite offshore species was in danger of collapse several years back. Through consumer pressure, a significant number of retailers and restaurants stopped offering it, catch limits were introduced and the kingklip’s spawning ground – some 50 nautical miles/100 kilometres offshore from Port Elizabeth – was declared off limits. The result is that kingklip today is in a far healthier state.

The power of the consumer in the seafood chain was first demonstrated six years ago when SASSI (Southern African Sustainable Seafood Initiative) was launched.

‘We originally approached the seafood wholesalers and retailers of line fish and seafood, and explained our drive to encourage consumers to purchase non-threatened or green-listed fish species so that the orange- and red-listed populations (overexploited or illegal species) could recover. The response we got from the industry is that consumers don’t care what they eat. This led us to focus the campaign on consumers first. It was the best approach we could have taken,’ continues Petersen.

Asking all the right questions

Tens of thousands of seafood consumers throughout South Africa started asking all the right questions, assisted by SASSI’s innovative wallet-size guide and FishMS service, which provides instant information on the status of each species via SMS.

Wholesalers and retailers have positively responded to consumer pressure and an increasing number are actively engaging with the Sustainable Fisheries Programme.

‘We conduct quarterly assessments with each partner to evaluate their seafood procurement process and raise awareness amongst their staff,’ says Petersen.

The programme is currently working with eleven of the biggest seafood suppliers in South Africa (such as Aquatic Foods and Fish On Line), as well as the big retail (Pick n Pay, Woolworths, Spar) and restaurant chains (e.g. John Dory’s, Ocean Basket) and offshore and inshore commercial industry players (such as I&J and Sea Harvest).

‘These companies are part of the Responsible Fisheries Alliance (RFA) established between The Green Trust’s conservation partner WWF and the fisheries industry. One of the challenges the RFA is working towards resolving is the current lack of regulations addressing the bycatch of many over-exploited linefish species, including geelbek or Cape salmon and kabeljou or kob caught by the inshore trawl sector. Many of these species are the mainstay of rural fishing communities.

The 3500 small-scale inshore fishers who operate with a rod and a reel or a small boat, are highly aware and anxious about the diminishing inshore linefish stocks, which include species like geelbek, cape salmon, kabeljou/kob and hake.

Petersen regularly engages with fishers and skippers who all confirm that there are no longer enough fish in the sea, that the fish are significantly smaller and that they are catching less and less with the same effort.

‘Research has also identified some concerning findings. For example there is some indication that certain species are breeding faster or at a younger age, which is an evolutionary response when populations are under threat.’

This is a worldwide problem, as is the degradation of our oceans.

An interesting research project in the Florida Keys, United States, has evaluated photo from angling competitions over the past 50 years, where photos taken 50 years ago picture fishermen with massive, prize cod. Fifty years later the prize cod from the same location are minuscule by comparison.

Petersen has spent a considerable amount time at sea and seen the reality of life at sea and the challenge facing our oceans. ‘Two things are true: Firstly, never before have our oceans been as over-fished and as degraded as they are today, but secondly, never before have we been in a better position to manage our oceans more effectively. What we need is a willing skipper on every boat who has an incentive to comply with the laws.

‘The good news is that it’s not too late. If we act now we can reverse the situation and reduce the impacts of destructive fishing practices. All we need to do is upscale the questions about our seafood.

Most importantly we should be asking three questions:

What is it? Where is it from? How is it caught?

‘Empowered with this information consumers can make an informed choice and drive the change we need to save our marine life. Well done South Africa. Keep asking questions and making eco-friendly seafood choices; you are driving change! I really hope to see kingklip appear on the green-list one day soon.’

A nifty ‘Know Your Seafood’ pocket guide can be downloaded from SASSI’s website, as an instant reference to the status of favourite seafoods, and which fits neatly into wallets and purses.

Green-listed species are the ‘Yes’ seafood choices, and the best choices available to us. The fish and seafood species on the green list are from relatively healthy, well-managed populations that can sustain current fishing pressure.

Orange-listed species may be legally sold by registered commercial fishers and retailers, but are either currently over-fished, caught in a manner that is harmful to ocean environments or the species are biologically vulnerable to overfishing.

Red-listed: Don’t buy these species because they are either from unsustainable populations, which have either collapsed and/or of extreme environmental concern and/or lack adequate management, or are illegal to buy or sell in South Africa. The illegal species are either specially protected or ‘no-sale’ species, reserved for recreational fishing only (you need a valid recreational permit to catch them, and must adhere to specific regulations).

Find out more about recreational fishing regulations and Marine Protected Areas at SASSI.

Some 80% of the world’s fisheries resources are over-exploited or exploited to their maximum. Locally our line fishing was declared a state of emergency in 2 000 when it was found that some household favourites such as geelbek or Cape Salmon were reduced by 97% and kob/kabeljou decreased by 94%.